In a post of mine from January 12, 2019 (“St. Monica’s Finances So Far This Year”) I alluded to a “Deanery Meeting” that had occurred recently. Deanery 4 ** consists of several parishes located in northern Chester County. The priests of the Deanery get together several times each year to discuss issues that are affecting all or several parishes at the same time.

I mentioned this in another conversation with a number of parishioners. They said that information from such meetings should be shared with parishioners. They said that this is relevant today. Conversations from such meeting will involve and perhaps affect “people in the pews.” More transparency, rather than less, from the Catholic church and from the Archdiocese would be a positive development. With that in mind let me discuss some of the items we discussed.

The topic of hospital coverage and care of the sick led to a spirited debate. A number of issues were raised. The first issue was whether there are “equitable distances” between parishes that are tasked to cover hospitals. Some parishes are very close to hospitals. Others are significantly further away. Some parishes cover some hospitals simply because “they have always done that.” The problem is that involves the number of priests currently available as well as the number of priests assigned to a particular parish. The size of some hospitals has grown significantly over the past 25+ years. The frequency of visits is an issue. There have been increased demands placed on priests and parishes. This involves a growing number of hospice care units and calls to visit parishioners on hospice in homes. The number of nursing homes and senior living centers in Chester County has increased substantially. Explosive expansion is planed over the next 25 years. For example, a few years ago, the Parish of Saints Peter and Paul wasn’t responsible for any hospitals or institutions. Today they cover 4 institutions and 1 hospital.

There is the frustrating issue of “double coverage.” A family might have a family member or relative who is sick or is dying. They, rightfully so, wish to have that person visited or anointed. An initial call to the parish determines that “their parish priest” is not immediately available (although most priests say that they will stop by as soon as possible). Not satisfied, the family begins to “calls around” to other parishes until “a” priest shows up. The problem is that too often, this second priest shows up when the parish priest is already on the way. Or the family fails to notify the other parishes they called to say that a priest has arrived. Then one or two other priests arrive to find that a priest is already there or had been there earlier. In other cases, frantic calls are received to come and see someone at home or in a hospital who is not dying or the situation is not a true emergency call. We are finding that this is happening with increased frequency. 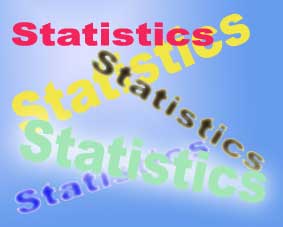 There are some who say, “Well Father, that’s your job. You were ordained for that.” (I know. I’ve heard it). Unfortunately, such a statement doesn’t take into account some rather cold, hard statistics. There are 519 priests currently stationed in the Archdiocese of Philadelphia. 354 are on “active assignment.” Most of the rest of them are retired or infirmed. Here’s the key stat: Close to 80 priests will turn 75 within the next 5 years. They will be eligible for retirement. Over 20% of the “workforce” might not be available in the near future. Many parishioners assume that we still have the same number of priests that we did years ago. The number of priests assigned declined by 28% over the past 5 years. We are not ordaining enough priests to cover any losses to death or retirement or other factors. There were 12 priests in my ordination class of 1994. That was the last “double-digit” ordination that Philadelphia had. Not immediately being able to visit sick or dying parishioners is not (necessarily) a reflection of “Father’s” callousness or lack of pastoral zeal. St. Agnes, West Chester used to have 8 priests in the house. Now only 2.5 live at St. Agnes (2 full time and one resident). The parish is responsible for 8 institutions. The hospital to which St. Agnes is assigned is the only hospital in the archdiocese whose pastoral coverage is not being shared among several parishes. The hospital is growing. The number of priests available is not.

The issues are “expectations and demands.” Next week I’ll outline the discussion that we had about how we are trying to address these issues.