Weird to Worse to Wonderful. Homily for 2nd Sunday in Lent 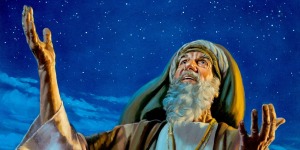 So Abraham asks God  in today’s First Reading, “O Lord GOD,” Abraham asked, “how am I to know that I shall possess the Land?”

Notice God does not give Abraham an answer. He asks Abraham to bring God some stuff that Abraham owns. It doesn’t indicate whether that made sense. Abraham just fulfills what God asks and does the next step. 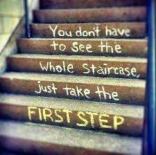 And how is Abraham rewarded for his obedience? He does not get an answer. The situation gets worse! “As the sun was about to set, a deep, terrifying darkness enveloped him.” Thanks God. Anything else you want me to do? Remember, God declared Abraham “righteous” which means someone who is acting in a way that is pleasing to God. God sure has a funny way of showing rewards.

I think this is why people are sometimes reluctant to follow a prompting of the Lord. They get a sense about something. They asked some friends or some confidants about it. They  receive some initial encouragement and might even take an initial step. Then the situation just gets worse. What do you do then?

A woman I know was sharing her views on this recently. She explained that her spiritual and professional life often run in parallel. “And that pathway has not usually been straight.” For example, she was in a “good” job and relatively happy. A friend told her about a project in another part of the company. It looked very interesting. It looked like fun. It fit her skill set. Nevertheless, she hesitated about applying for the position. 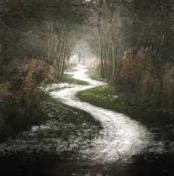 She investigated the position. It presented some logistical issues. She thought her husband would not be happy about it, so she hesitated a second time. She finally got up the courage to tell her husband knowing that he would be against it. His response? “You’re taking it, right?” And here’s the crux of the matter – she still wasn’t sure. As she said, “Is it any wonder my path has not been straight?”

Let me read you a story from a company website.

In 1986, when Homeboy Industries’ founder, Jesuit Father Gregory Boyle, S.J. became pastor of Dolores Mission Church, it was the poorest Catholic parish in Los Angeles. The parish included Aliso Village and Pico Gardens, then the largest public housing projects west of the Mississippi. They also had the highest concentration of gang activity. That was saying something, given Los Angeles’ reputation as the gang capital of the world.

But where others only saw criminals, Father Greg saw people in need of help.

What began in 1988 as a way of improving the lives of former gang members in East Los Angeles has evolved into the largest gang intervention, rehab and re-entry program in the world.

Each year we welcome thousands of people through their doors seeking to transform their lives. Whether joining our 18-month employment and re-entry program or seeking discrete services such as tattoo removal or substance abuse resources their clients are embraced by a community of kinship and offered a variety of free wraparound services to facilitate healing and growth. In addition to serving almost 7,000 members of the immediate Los Angeles community in 2018, our flagship 18-month employment and re-entry program was offered to over 400 men and women. 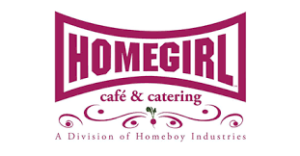 Today, Homeboy Industries, and it’s counterpart Homegirl Catering, is the largest gang intervention, rehabilitation and re-entry program in the world, welcoming thousands through our doors each year.

There is a legendary tale about when Homeboy started. They were considering a program in the beginning. Naturally it was risky. So the decision-makers at the table kept going back and forth discussing the risks, rewards, positive and negative aspects of it.

At one point, one women, exasperated at the time it was taking to get to a decision asked:

Stepping out in faith. Having no idea where this is going. Just taking the next step. It might be wrong. It doesn’t matter. God has to get us to the step after that. The results are his problem. We just need to move.

I close with a prayer:

Over all the uproar, racket and din, Lord, help us listen to you.

You say that our bodies, too, will shine like the sun, and share your glory one day.

Show to us your dazzling glory hidden in the hum-drum: in

the midst of our everyday, dark and wonderful lives.

Help us now, in this time before our glory with you.

Stay by our side as we plow through the dark earth of our lives,

towards a harvest we do not yet see.

From: Personal Ministry Updates
← Discipleship and Thresholds – Part 4
Deanery #4 Notes: Part 1 of 3 →
No comments yet