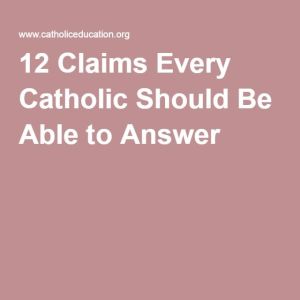 Liturgical Catechesis: Why does the priest wash his hands after preparing the gifts at the altar and what does he say while doing so?

The priest says, “Lord, wash away my iniquity and cleanse me from all of my sins.” It comes from Psalm 51:2. Practically, the priest washes his

hands to remove any charcoal dust and incense that might have gotten on his hands if he used incense. A second practical reason is, before handling the sacred Body and Blood of the Lord, the priest wants to wash anything that might have gotten on his hands from greeting people, handling the liturgical books, etc… It also harkens back to the priests of Ancient Israel. They ritually purified themselves before they could offer sacrifice to the Lord.

John L. Allen Jr. is an American journalist serving as editor of the Roman Catholic–oriented news website Crux.  Crux was formerly hosted by The Boston Globe and currently produced in partnership with the Knights of Columbus. Before moving to The Boston Globe, Allen worked for 16 years in Rome as a Vatican watcher. He covered news about the Holy See and the Pope. During that time he was senior correspondent for the National Catholic Reporter and an analyst of Vatican affairs for CNN and NPR.

In 2004, John Allen wrote the book, All the Pope’s Men. He had an agenda. Allen was following two seismic events: the 2003 War in Iraq and the ever-growing clergy scandal in the Catholic Church. What disturbed Allen was how the “position of the Catholic Church” was being presented. He was exasperated at the total lack of obvious understanding of “things Catholic,” which were being portrayed by reporters.  Journalists reported what “The Church” was saying about these events – often in ways that totally lambasted the Church, called the Church‘s motives into question or downright attacked official proclamations of The Church. Allen knew that some accusations were just wrong and obviously so. Reporters had an ax to grind or disliked The Church and were simply out to try and hammer Catholics. Some journalistic claims came from misunderstanding The Church. Some bordered on journalistic malfeasance. It wasn’t that reporters were necessarily writing anything malicious or wrong. It was simply obvious that professional journalists had simply not done their homework. They were totally ignorant of the most basic facts about the Catholic Church and should have known better. These cases struck him basically as journalistic laziness. One could call this “vincible ignorance.”

Other cases were more subtle and nuanced. In these cases, Allen knew that journalists were writing out of ignorance.  The complexities of the Catholic faith had never been explained to them. For example, when it comes to pronouncements from “Catholic world,” could you explain the difference between “Rome” – “The Vatican” – “The Holy See” – and “The Pope?” 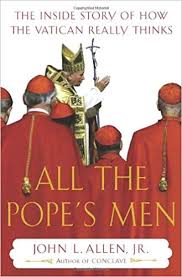 All the Pope’s Men was his attempt to begin to rectify that situation. The first part of the book attempted to explain many of the facets of the Catholic faith and the Catholic Church that a reporter should know. They would be relevant to understand what the Church was saying, who was saying it and why that was important. Allen wanted to provide some background and set up a journalistic framework. Having done this, John Allen then said, “Ok, now you know the players. You know how they speak and why they speak that way. Let’s look at what “The Church” is saying about the war in Iraq and what they are saying about the clergy crisis through that lens.”

The Catholic Education Research Center is a Catholic organization that is currently trying to do what Allen did in All The Pope’s Men but in a broader context. They serve as a clearinghouse for the best well-reasoned responses to the secular culture’s widespread assaults on and misunderstandings of the Catholic faith. Since its inception, CERC has been compiling an Internet resource library and publishing a weekly E-Letter made up of the most compelling and convincing articles we can find on the big issues in the faith and culture category. CERC is educating a broad range of Catholics and enquiring non-Catholics about the positive role the Catholic Church has played and continues to play in the world. 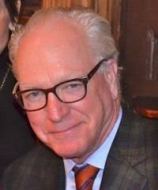 In digging into some tweets about “what the Catholic Church says about…..[pick a topic]” I found a 2003 article from the CERC by Deal W. Hudson. Mr. Hudson is the director of the Morley Institute for Church & Culture. He is the former publisher and editor of Crisis Magazine, a Catholic monthly published in Washington, DC. He is also the author of seven books. The general topic was “free speech.” The sub-context was more important. It made the claim that, in an atmosphere of totally free speech,  some people say things that either is not true or come off silly or might even be salacious. This is important in a culture today that gets “things Catholic” so terribly wrong so often. It sounded like John Allen all over again. Thus I dove in a little deeper.

With so much misunderstanding about our Catholic Faith, Hudson wrote, “12 Claims Every Catholic Should Be Able to Answer.” As Deal Hudson writes, “Some of them are made over and over, others are rare.  Either way, while the proponents of these errors are free to promote them, we as Catholics have a duty to respond.” We’ll begin to look at the “12 Claims” next week.

From: Personal Ministry Updates
← The Flock And The Shepherd; Homily for 4th Sunday in Easter
Homily: 5th Sunday of Ordinary Time →
No comments yet