The Flock And The Shepherd; Homily for 4th Sunday in Easter 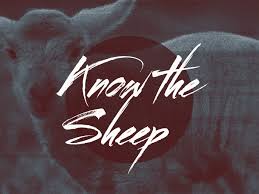 One of my favorite films is the 1970 movie Patton. Among others, it won the Academy Award for Best Picture and Best Actor. Before the Academy Awards, George C. Scott made it known that, for some reason, he would not accept the award nor would he be at the ceremonies. I was always bothered by that because it wasn’t his award. I scrolled through the credits recently. There were 16 pages. Each page had approximately 40 names on it. That’s over 650 people who were involved in the production. That Oscar wasn’t just about him. It was also about the people around him. Without them, he is standing on a stage alone. 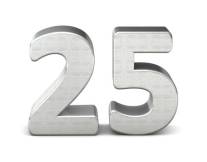 25 years of priesthood is a special milestone. It’s worth celebrating. But we must keep it in perspective. It can only be celebrated in the midst of, and in acknowledgement of, the metaphorical 650 other members of the cast and crew.

I recently heard a definition of diocesan priesthood: Through teaching/preaching individuals, along with envisioning, organizing and empowering the parish, the priest facilitates an encounter with the mystical Christ so that parishioners become fully alive, thrive and realize their God-given purpose. Thus, parishioners become conduits of God’s love, healing and mercy and take this encounter-experience to others.

Who are these people? They are the ones to whom the priest of God has been sent. According to the Catechism, they have been summoned and called by nature of their Baptism with:

Charisms, spiritual gifts, special abilities, a special empowerment, given to a Christian by the Holy Spirit to enable them to be powerful channels of God’s love healing and redeeming presence in the World.  (CCC, 2003)

The priest of God is thus sent into the midst of these chosen people, as we heard in today’s Second Reading:

To shelter them – to protect them from outside forces, spiritual and temporal, that would harm them.

To shepherd them – away from their base instincts to a better and more virtuous nature.

To lead them – towards their purpose and their destiny.

To wipe away their tears – leading them to joy, comfort and happiness. 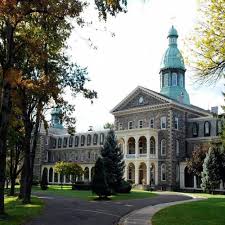 Last week my class as well as other priests of Philadelphia were at St. Charles Seminary to celebrate our jubilee along with priests celebrating their 50th, 10th etc.. anniversaries. The mass was celebrated in St. Martin’s Chapel where, 26 years ago, we celebrated ordination to the diaconate. My classmate, Fr. Zachary Navit was the homilist.

He recalled a conversation with some other classmates who were musing on the past quarter century of priesthood. All could recall times of great joy and happiness. All of us had wonderful experience assignments and times which were expressed by one classmate who said, “This wasn’t the cruise ship I thought I had signed up for.”

There have been times over the past 25 years when I have griped and complained to her about assignments, tasks, parishioners, priests, pastors … Each time she just laughs and says “You signed up for it.” It’s a good reminder.

But we must also be reminded that when we rose from that cathedral floor and looked around, we were not alone. In that moment God said, “I draw my priests from my people to return to them and to serve them. But I also choose select people from my flock to minister and carry my priests.

I will send those people to..

Shelter you – Those with authority. You will bring them your burden, place it at their feet and leave it with them – to let them to do their job.

Shepherd you – with a rod and staff who love you enough to tell you when you are on the wrong path and ask you to repent.

Lead you- Like the 70 elders of Moses, God will send wise men and women to you, in the midst of dark clouds and confusion, to guide you to the next steps.

Wipe away your tears – offering you their love and support at those times when leading the people of God seems a lonely and heavy burden. 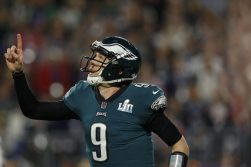 Unlike George C. Scott if you ask Nick Foles about his Super Bowl MVP award you know what he talks about? His teammates, especially the guys on the left side of his offensive line who were literally covering and protecting his back.

This day, and over the next few weeks, across the globe, there will be celebrations of a silver jubilees of the ordinations of 1994. The priests will not celebrate alone. It will be done in the midst of The People of God, who celebrate a jubilee year because they have been commanded by God to do so. Not to brag of our accomplishments, but to acknowledge God’s goodness and faithfulness.

These are the great multitude … of every nation, race, people and tongue ….surviving a time of great distress. And I will give them shepherds to lead them to springs of life-giving water.

From: Personal Ministry Updates
← Meetings – an encounter with Christ
12 Claims Catholics Should Know – A Spiritual Reflection →
No comments yet