In an article last week I began a look at two famous saints – St Catherine of Siena and St. Benedict. I had several reasons why. First, both saints lived in tumultuous times.  Catherine lived during the “Great Western Schism.” At this time the church had three popes fighting for the position. Benedict lived as the Roman Empires was beginning to crumble.  Barbaric tribes were marching. People were being killed by the thousands. Second, both saints wrote significant, valuable documents. Catherine was a prolific writer. Mary Rezac, a staff writer for Catholic News Agency/EWTN News mentiones that Catherine “wrote at least 381 letters in her lifetime. Three years before her death, she also began dictating “Il Libro” (“The Book”), a collection of her spiritual teachings and conversations with God that became known as “The Dialogue.” Third, these saints are relevant to us today, but for different reasons. Dr. Karen Scott is an associate professor of Catholic Studies and History at DePaul University in Chicago. In a section entitled, “The legend of the opinionated laywoman,” Scott points out why Catherine was so effective. 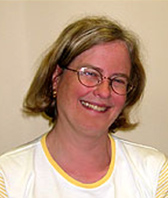 What Catherine excelled at in her correspondence with the pope and other clergy was her ability to balance her no-punches-pulled critiques with her profound respect for the Church and the papacy.  There’s a beautiful balance between clear thinking and the ability to see the flaws…but at the same time to be enormously respectful of the Church and the papacy in particular and to base all of this on her deep spiritual life, a life of deep prayer. She’s a laywoman who had strong opinions and views on (Church matters) and took action, and amazingly they paid attention – amazingly because she was an uneducated laywoman from a modest background who wasn’t particularly well-known. They listened to her because what she was saying was so obviously right and sincere and coming out of her prayer and the Gospel.

I think we need a few more Catherines today.

Benedict provides another virtue to balance the activism of Catherine. Benedict is all about silence and quiet. But Benedict does not offer this instead of action. He offers quiet and silence in the midst of the activity. Benedict’s motto was “ora et labora” – pray and work. The Rule of Benedict has the monks praying but also playing. They read and they work. The day’s schedule is a balanced combination of action and contemplation. The day also has a firm stop! After Night Prayer (also known as compline) the believer goes to bed. It harkens to the prayer at the end of the day by St. John Newman:

May the Lord support us all the day long,

.. till the shades lengthen and the evening comes, and the busy world is hushed,

.. and the fever of life is over, and our work is done.

Then in His mercy may He give us a safe lodging, and a holy rest and peace at the last.

I have heard parent after parent lamenting the fact that Sundays have become everything but “the day of rest.” Thus, I wrote about the need for Benedictine quiet in an article entitled, Unplugging Sundays. The Challenge, Gift and Need of Silence looked at applying Benedictine spirituality in a practical way at work and at home.

I think we need a little more Benedict in our lives today.

In the midst of everything that is happening in the church today, Mary Rezak’s article asks, “what are Catherine’s lessons for Catholics today? What would she say today? “She would know very well what the moral stance is, that bishops and priests and lay people should all follow.  Catherine would set the highest of standards for honesty and integrity and pastoral concern for the laity as well as the highest standards for avoiding schism and (issues) close to the papacy. Beyond that, I think she would advise people to take the time to pray and discern and not have knee-jerk reactions to things.”

Catherine Pakaluk is an associate professor of economics at the Catholic University of America and a devotee of St. Catherine. She mentions three lessons to be learned from Catherine’s life and example. The first is that “any activist role in Church politics must be rooted in deep prayer and love for the Church. ‘I wouldn’t say don’t get involved until you’re as holy as Catherine … but to do activism or public ministry without that deep commitment to prayer would be completely absurd and would not be faithful to her life or her example.’”

“The second lesson would be to take the long view of history.” Professor Pakaluk writes. “The Church has survived hard times and scandal before, and she can survive them again.” Nevertheless, Professor Pakaluk strongly expresses her dismay at what she sees in the church today. “I am horrified and outraged at what I’m seeing and hearing about regarding the current scandals,” she writes. “But I’m not personally disturbed, my faith isn’t challenged, because I’m so familiar with (ages) in the Church’s past, particularly and especially the one that Catherine lived through, in which there was so much corruption and so much disappointment on the part of the faithful with respect to the hierarchy and some members of the clergy.  So it doesn’t disturb me because I think well, why would it be different? Why would we think we’re better? Why do we think we’re completely immune to some of the things that have occurred in the past?”

“The third thing Catholics can learn from St. Catherine is that it is possible to be a saint even in the most trying times in the Church,” Pakaluk said. “She’s there in Heaven, she ran the race, she made it,” she said. “We can look at her not only like ‘we can do it too’, but she’s our older sister, and we can follow her and ask her to intercede for us.”

This last point is especially relevant.  Too many of us are struggling mightily with the church, our faith, the pope and bishops and our relationship to Jesus Christ. It is not easy to believe today. The advice that I have offered is to really dial down the lens and focus on that personal relationship with Christ. This seems to have had a positive effect.

Catholics believe that The Word of God has two components – Sacred Scripture and Sacred Tradition. (See Catechism, “Transmission of Divine Revelation” and Documents of Vatican II, “Constitution on Divine Revelation” (Dei Verbum, #44)). People have told me that concentrating on the Sacred Scriptures has offered them comfort, solitude and hope. The writings of Catherine and of Benedict fall under the category of “Sacred Tradition.” It is worthwhile today to examine this aspect of the Word. So next week, let’s go back to the original sources of Catherine and Benedict. What might Catherine’s Dialogue and Benedict’s Rule of St. Benedict say to us today? All religious and some priests take three “vows” at their profession or ordination. Both Catherine and Benedict write about one of these vows. Let’s examine what these two saints say about that vow. (Guess which one it is?)

From: Personal Ministry Updates
← Homilies on the Book of Hebrews, Part 1. Where and How Is God Calling You?
Encountering Christ Through Liturgy – New Initiatives. →
No comments yet