The 7 Habits of Highly Effective People: Powerful Lessons in Personal Change was a groundbreaking book when it was first published in 1990. The book continues to be a bestseller. More than 10 million copies have been sold. The author, Stephen Covey, is an internationally respected leadership authority. Covey realized that true success encompasses a balance of personal and professional effectiveness. His book was a manual for performing better in both arenas.

According to Amazon.com,  Before one can adopt the seven habits, one has to accomplish what Covey calls a “paradigm shift.” This involves a change in perception and interpretation of how the world works. This affects how you perceive and act regarding productivity, time management, positive thinking and developing your “proactive muscles” (acting with initiative rather than reacting). & Habits isn’t a quick-tips-start-tomorrow kind of book. The concepts are sometimes intricate. An investment of time and study is necessary. When people finish, they often have Post-it notes or hand-written annotations in every chapter. 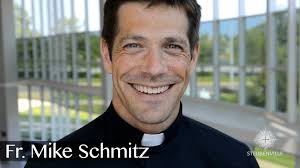 The same can be said of the Habits of Being an Effective Disciple of Jesus Christ. Fr. Mike Schmitz, from Ascension Presents, outlines four habits of how to be a good disciple of Christ.

The first habit of being an effective disciple is not a habit at all, It’s an understanding or an attitude. It means realizing that this is about being in a Relationship. Being a disciple means being in a relationship with a “master.” In the time of Jesus, rabbis had followers. People would search out a rabbi who appealed to them. Then they began to follow the rabbi and learn from his teachings and wisdom. These followers were called “disciples.” By the way, the rabbis were called …. rabbis. This relationship was characterized by two more items: rights and responsibilities. The disciples had the right to expect that the rabbi would prepare and deliver the lessons. The disciples also had the responsibility to attend the sessions, to study the material and to apply the lessons to their lives. The same is true today. God promises to do his part. God also expects us to do our part as well.

The second habit of being a good disciple is Showing Up. This means showing up –  to prayer, to mass, to study. Showing up is also characterized by two more items. We need to show up exteriorly and interiorly. Sure, you might be physically at mass, but your mind, your heart and your attention might be miles away. At prayer, are you totally focused on making this time with the Lord as fruitful as possible. Are you thinking about the prayer or are you focused on work, friends, families, checking apps on your phone,  …?

The third habit of being a good disciple of Christ is consistency. Consistency can also be translated as steadfastness, faithfulness. If I am inconsistent with time with my girlfriend, boyfriend, husband, wife, I’m being unfaithful to that relationship. If I am inconsistent with my prayer time, if I attend mass once in a while, if I only go to Confession sporadically, I’m being unfaithful to my relationship with Christ. Consistency means that you begin to develop “good habits.” The phrase “good habit” comes from the Latin word virtus from which we get the word “virtue.” 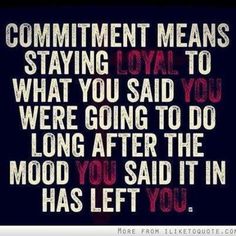 The fourth habit of being a good disciple of Christ is keeping our commitments. St. Pope John Paul II helped develop a philosophy while he was studying and working at the University of Lublin in Poland. This philosophy was called “existential personalism” and involved the philosophical idea of “phenomenology.” Part of this philosophy was that people act. When people act the same way, again and again, they end up becoming what they do. What does this have to do with being a disciple? A disciple is a leader. Leaders make decisions. Then they honor those decisions, keep their promises and stand by their commitments to others.  By consistently keeping their commitments over time, disciples of Christ become people who live like, look like, and act like Jesus Christ.