Everything indeed is for you, so that the grace bestowed in abundance on more and more people may cause the thanksgiving to overflow for the glory of God. Therefore, we are not discouraged; rather, although our outer self is wasting away, our inner self is being renewed day by day. For this momentary light affliction is producing for us an eternal weight of glory beyond all comparison, as we look not to what is seen but to what is unseen; for what is seen is transitory, but what is unseen is eternal. Brothers and sisters: Since we have the same spirit of faith, according to what is written, I believed, therefore I spoke, we too believe and therefore we speak, knowing that the one who raised the Lord Jesus will raise us also with Jesus and place us with you in his presence.

St. Paul seems to be placing an emphasis on the Christian virtue of ‘hope.” Hope was the subject of the second encyclical of Pope Emeritus Benedict XVI entitled Spe Salvi or “Saved in Hope.” Written in 2007, it is just as poignant and relevant today as it was almost a decade ago. This is especially the case when juxtaposing the Holy Father’s thoughts against the backdrop of today’s news and the offerings of social media.

The Pope starts with an historical perspective.

Every generation must help to promote freedom and goodness in the never-ending search for the right ordering of human affairs. The problem is that, for too many decades, people have thought that this good order could be imposed from the outside. “If only the right economic system was in place. If only the right political party was in power. If only the right government or international or non-profit programs were developed…. The restoration of the lost ‘Paradise’ is no longer expected to come from faith in a god.” It will come, instead, from technical and scientific progress, which will give rise to ‘the kingdom of man.’ Hope is thus transformed into ‘faith in progress.’

Here is where Benedict offers a cautionary tone:

Good structures are not enough. Those who go along with the modern intellectual current are wrong if they believe that science or technology or government or money alone will redeem mankind. It can make great contributions – but it can also destroy the world. What we are feeling is a crisis of faith. And the present crisis of faith is essentially a crisis of Christian hope.”

It has also become clear, that this hope has been receding in our time; Biblical hope in the Kingdom of God has been displaced by hope in a kingdom of humanity that claims to be the real ‘Kingdom.’

Here is the Holy Father’s challenge to us as Christian believers:

Certainly, we must be committed to improving the world, BUT merely a better world cannot be the proper and sufficient content of our hope. The questions always arise: When is the world better? What makes it good? What are the paths that lead to its goodness? What does ‘progress’ really mean? What does it promise and what can it not promise?

To answer these questions, Benedict writes:

First – a self-critique of modernity is needed. And part of this self-critique needs to include a dialogue between the contemporary world – and the Christian concept of hope. This dialogue will reveal that faith in progress – is ambiguous. Sure it contains the possibilities for good – but for evil as well. If technological progress is not matched by corresponding progress in ethical formation, then it is not progress at all. It is a threat to humanity and the world.

Then Benedict turns to faith:

A self-critique of modern Christianity is also needed for Christian renewal and self-understanding. This is necessary so that Christians, too, may learn anew  – in what our hope truly consists.

The Pope says that “Salvation has been offered to us. We have been given hope – a trustworthy hope. With this, we can confidently face our present time. Even if it is arduous, this present time can be lived and accepted because it leads towards a goal. And if we can be sure of this goal, it is great enough to justify the effort of the journey.”

But then Benedict’s offers a critique of contemporary Christianity:

We who have always lived with the Christian concept of God have grown accustomed to it. We take it for granted. We have almost ceased to notice that we possess the hope that comes from a real encounter with this Christ. Remember, Christ did not bring a message of social revolution. Nor was he engaged in a fight for political liberation. What Jesus brought was “something totally different. Jesus brought an encounter with the Lord of all lords, an encounter with a living God and thus an encounter with a hope that is stronger than a slavery of suffering. He brought a hope that transforms life and the world from within…even if the external political and economic and social structures seem to be unchanged.

In the course of our reflections, it has become evident that we need a hope that goes further than the many greater or lesser hopes we experience day by day or at different times in our lives. Only something infinite will suffice – something that will always be more than we can ever attain.

A distinguishing mark of Christians is the fact that they have a future. They know – in general terms – that their life will not end in emptiness. It is not that they know all the details of what awaits them. The Gospel is not merely a communication of things that can be known. But it does make things happen and is life-changing. This hope is a faith and a belief disposed toward the future – and this makes all the difference in the present. 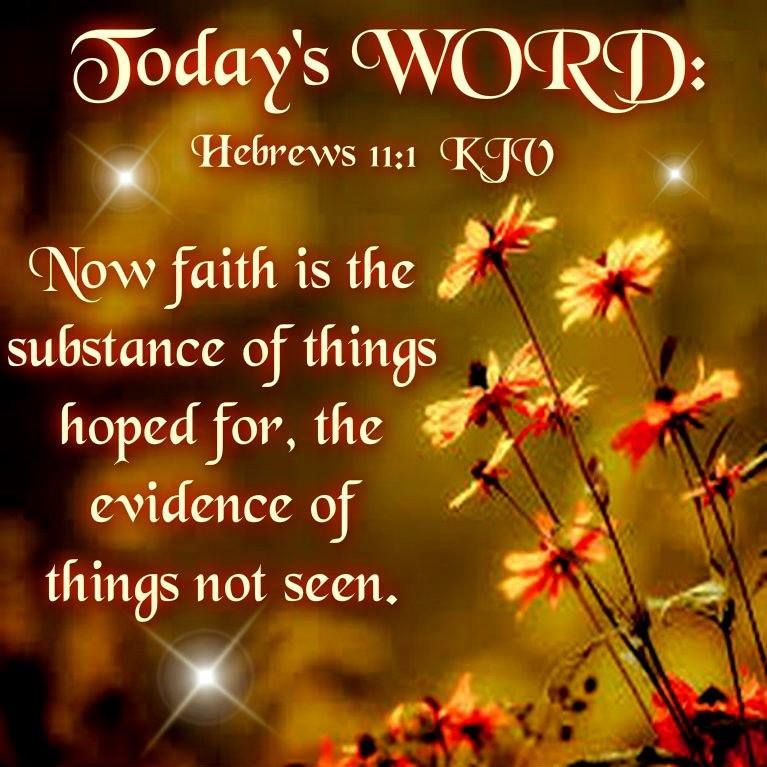