BigChurch vs. SmallChurch and the Story of Emily. Homily for Divine Mercy Sunday 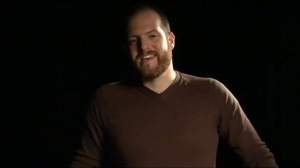 Christians read the same bible, go to the same churches, have similar backgrounds but still hold extremely different views on significant biblical doctrines. What can you do?

Pastor Joey Svendsen, his brother, and “expert” guests lead laid back discussions as they dissect debatable topics from many angles on his podcast “Pastor With No Answers” (Part of “Bad Christian Media.” Catchy title, isn’t it?)

Recently I was listening to a conversation between Joey, his wife Pricilla with Emily and her husband Ryan on the interesting phenomenon of “house churches.” ** These are groups of people who choose to meet together in people’s homes instead of traditional churches or parishes. They are loosely structured. They keep away from formal leadership and one-person- spiritual-experts. They bring several families together. They share a meal (either provided by the host family or shared by all in a ‘pot-luck” style). They read and discuss the bible. They pray. They might engage in some local community outreach or project. “As one example, they mentioned the BC House Church located in Tampa,

Florida. BC House Church advertises themselves as a group of Christians who, “Take care of one another. Learn from one another. Address some things in our community.” They strongly emphasize a very open, “come as you are” model.

During the podcast, Emily shared her fascinating, and circuitous, journey to a relationship with Christ. Let me outline several phases she mentioned:

Phase 1: Childhood and Youth. Emily’s dad is a tremendously famous, talented and popular figure in the California mega-church scene. He is an accomplished musician, media expert and production technician. As she said, “there is not a single California mega-church that hasn’t had my dad help arrange the lighting, help with the presentation planning, played in the band or set up the sound. Big church consumed her young life. 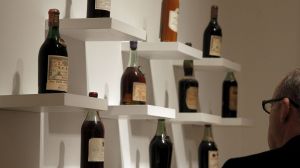 When she was about 18, Emily began to heavily experiment with drugs and became addicted to alcohol. She was an assistant in the youth group. She admits that she even helped one girl try drugs for the first time. Emily was a true “leader.” Unfortunately, she was not exactly “leading” young people to Christ. 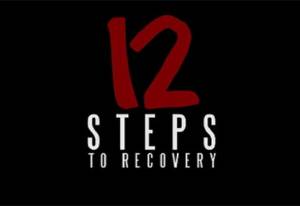 Phase 2: Transitions. Within one year, Emily’s life changes – rather dramatically. She moves in together with her boyfriend-later-to-become-her-husband, Ryan (who was actually the head of the youth ministry at Emily’s church). She soon was pregnant with their first child. She begins attending 12-step meeting to address her alcohol issues. All of this change took an emotional toll on her. She was angry – very angry! This was her predominant emotion during that year. If anyone would even hint at suggesting church to her, they would encounter Emily’s substantial wrath. 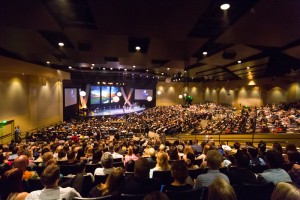 Phase 3: Turning. During this time, Emily’s husband still felt a strong pull for church. Ryan missed church. He enjoyed the fellowship. He liked the music. He liked listening to a good sermon and found the discipline of getting through a bad sermon important. Naturally Emily would have none of it. If Ryan wanted to continue to go an attend Seacoast Church on Sunday, that was fine with her. Just don’t ask her to go.

Phase 4: House Church. Emily starts to sense that something is missing. But she still absolutely hated – HATED – big church. She disposed sermons that seemed sexist, racist, homophobic and inconsiderate. She knew that the joyful, “hands in the air” praise was contrived for many believers. She had been one of them and knew others personally. People went to church and then felt compelled to say and do things because they were so afraid what others would say of think if they didn’t join in the groupthink. Ryan then mentioned Joey Svendsen, and his “Pastor With No Answer” podcast sponsored by a media group known as BadChristian. She thought that sounded somewhat avant garde and hence hopeful and that Joey and his wife Priscilla had a house church and would she at least consider coming once. Emily said that she had once question and that was that no one either knew or at least didn’t mention her dad. The deal was struck. Emily and Ryan went. After a nice meal, reading and discussing a few bible verses and a short prayer, Joey ask if anyone had any questions. Emily asked, “Do any of you ever get the feeling that you just want to say “@#%*” you God!”? Joey later commented that his first thought was, “I like this girl and we must be doing something right for someone to feel comfortable enough to ask that real a question.” 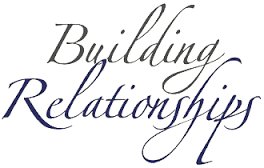 Phase 5: Leading and Learning. Today Emily is the President of a collection of house churches. She still hates bad church and, although Ryan attends church every Sunday, she refuses to even consider it. She relates that the house church not only fits her, it might have even saved her life. She relates that about  one year after she started attending the house church, she seriously almost started drinking again. The relationships she had developed at the house church saved her from going down that path. She isn’t even sure why.  She is just very sure that something about that fellowship kept her from picking up that first, deadly drink.

Look at today’s First Reading from Acts of the Apostles, Chapter 4. It deals with community, fellowship and church. It seems somewhat idealistic. The Gospel reveals another side of church. This side is sloppy and darker. Which is the real “church?” Here’s a question. Let’s take Emily in each of her phases. In each phase, if that Emily would have walked into the doors of St. Monica, would she have stayed? Would she have come back the next week? If the answer is “no,” is that an indictment? Does it necessarily mean that St. Monica is doing something wrong? Or is it more of “an Emily thing?” In the podcast, both Ryan and Joey refuse to say that there is anything inherently wrong with big church. They also will say that there are lots of things wrong with churches that they need to address.

In light of today’s readings, Emily gives us the opportunity, as well as the mandate, to take a good long look at our congregation and ourselves and ask some hard questions. 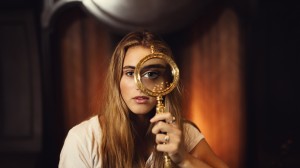 ** Caution! If you listen to the pod about Emily’s story, be aware that Emily is a salty character and her language is direct and crass at times. Be forewarned.