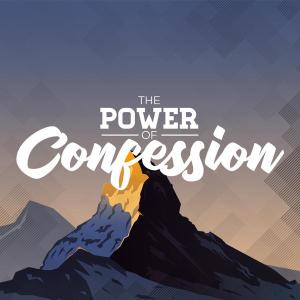 It’s Easter! We’re now finished with Lent. During that season, we were encouraged to engage engage in the “three pillars of Lent: prayer, fasting and almsgiving.” Another practice that is strongly encouraged is partaking of the Sacrament of Reconciliation (or Confession).

My spiritual director recently reminded me that Easter does not mean that you “graduate” from Lent, like now you can stop your praying, fasting and charitable giving. You don’t graduate from Lent any more than receiving Confirmation means that you’ve “graduated” from parish life and that you’re done with sacrament like Eucharist and Confession.  My director said that Easter is not about doing less – it’s time to double-down!

During Lent, I have been reading two books that focus on this sacrament. I am rereading  Confession by Adrienne von Speyr and The Light Is On For You, The Life-Changing Power of Confession by Cardinal Donald Wuerl.  Adrienne von Speyr was an inspiring, and modern, female role model in the Catholic Church. The Swiss woman passed away relatively recently (1967). She was a physician, theologian and mystic. She was also an amazingly prolific writer, authoring over 60 books and other published works. Yet, her fascinating story is only now coming to the light. Cardinal Wuerl is a “Pennsylvania boy” who was was born in Pittsburgh, received graduate degrees from The Catholic University of America, the Gregorian University in Rome and a doctorate in theology from the University of Saint Thomas in Rome. He was previously Auxiliary Bishop in Seattle and later Bishop of Pittsburgh for 18 years until his appointment to Washington, D.C. the Cardinal is a prolific writer having published over 30 books, articles and pastoral letters. The Light Is On is an initiative of numerous (arch)dioceses of the US to encourage greater participation in Confession. The Washington, D.C. website included a Guide to Confession, FAQs and reflections to help people engage the Sacrament of Reconciliation in a deeper and more profound way. 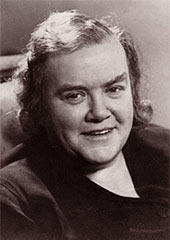 Their insights provide rich insights into this sacrament. Over the next few weeks, I would like to offer some thoughts from these two fellow-Catholics on the Sacrament of Confession. Let us offer one word of warning about von Speyr, however. Her writing is dense, deep and challenging. Also, understand that mystics are not “nice” people.” They don’t mince words. They offend. They make people uncomfortable. So realize as I share some of von Speyr’s thoughts on Confession, if you find what she writes a bit annoying, a good place to start is to ask “why?” Is this perhaps a call to go deeper in your relationship with Christ and in your relationship with this particular sacrament?

But let’s start with some insights from Cardinal Wuerl on grace, repentance and conversion. Many of us carry “baggage” that we want to unload. Nevertheless, when you suggest “Confession,” you get, at best, objections and in many cases, downright refusals. Let’s look at some of these.

Some say, “Why should I go to Confession? What do I do wrong? I’m a good person.” This shows an extremely cavalier attitude towards sin and (sorry…) an overinflated view of your virtue. I John 1:18 says, “If we say that we are without sin, we deceive ourselves and the truth is not in us.” The longer one lives a life of “small” sin and selfishness, the farther one travels from the light. You begin to plunge yourself into a life of darkness and slowly become increasingly inured and “used to” evil. Sin becomes a lifestyle. The danger here is that eventually, the long-term habit of dismissing smaller sins will inevitably lead to dismissing the BIG ONE.

In her chapter, “A Casual Approach Towards Confession,” von Speyr writes, that every Christian is conscious of their sins and errors emerging almost daily out of their own particular inclination and weaknesses. What is particularly scary is that, if we are really honest with ourselves, we know that, given a particular set of circumstances, we are capable of even greater sins. Many of us probably know friends, family members or colleagues who found themselves in significant trouble, which led to a loss of credibility, a spouse, children, a job, money, perhaps even led to jail time. I know of several such examples in my life. If we haven’t been to Confession in a long time, we are also aware of our laxity towards Confession and God’s forgiveness. The danger of such an attitude and practice is that the person clearly shows that they are not only able, they are even prepared, to sin more. By continuing such a practice, the person falls inadvertently and accepts an “atmosphere of general sinfulness.”

From: Personal Ministry Updates
← People of the Palm. Homily for Passion/Palm Sunday
St. Catherine of Siena and the Priests →
No comments yet