People of the Palm. Homily for Passion/Palm Sunday 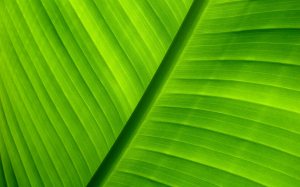 I want to look at two things today: First, the “paradox of Passion Sunday” and second, what it means to be “the people of the palms.”

I’ve always found this day frustrating, paradoxical and confusing. It’s called Palm Sunday. It’s called Passion Sunday. Ok, which is it? Actually, it’s both. It’s a liturgical paradox. On the one hand, we are filled with joy in hearing the readings that describe Jesus’ entry into Jerusalem. Throngs of people rejoice. The promised Savior has finally come! The Messiah is here! Redemption is at hand! Then, we turn towards the sorrowful narrative of our Lord’s rejection, suffering, and death – his passion.

both joy and sorrow? Because love comes at a cost. What seems to be Christ’s defeat is actually his victory, the victory of everlasting love. People die so that others can live or live a betterlife. Every soldier understands that. “A man can have no greater love than to lay down his life for his friends” (John 15:13).

That’s what Jesus taught, and that’s what he did in his passion, to prove beyond the shadow of a doubt that his love for us has no limits. Christ’s obedience to the Father reversed the disobedience of Adam. God chose to experience death, the price of our sins, then toss death aside and start walking around with his friends a few days later to say, “Be not afraid. The one thing everybody fears the most – dying – it’s done.”

And so Christians live within the paradox of Palm Sunday, finding hope even amidst this profound sorrow. 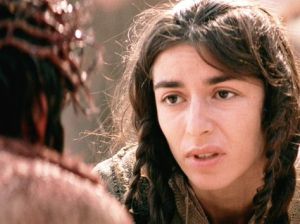 There is a woman in Mel Gibson’s movie, The Passion of the Christ named in the cast list as Seraphia or, as we commonly know her, Veronica. In the movie, she was played by Sabrina Impacciator, an Italian actress and comedian from Abruzzi.

Although she had grown up Catholic, she had long ago stopped practicing her faith. At the time when they began filming, she was in her early thirties and at a spiritual low point in her life. She explained later that she really wanted to believe in Jesus, but she simply couldn’t.

Her scene in the movie is memorable and was played in a powerful way by the actress. Jesus is carrying his cross to Calvary, and he falls for the third time. People surge around him, abusing him as he lies on the ground while the soldiers try to control the crowd. Gliding through the middle of this confusion is Veronica. She looks at him with love and devotion. She kneels down beside him and says, “Lord, permit me.” She takes a white cloth and wipes his blood and sweat-stained face.Then she offers him a drink.

It is a beautiful moment of intimacy in the middle of violent suffering, but it was hard to film that scene. The churning crowd kept bumping into Veronica and disrupting the moment of intimacy. So they had to film it over and over again. 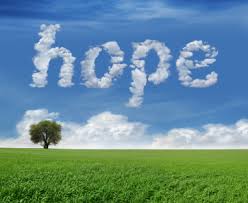 After fifteen or twenty times of kneeling before the suffering Christ, looking into his eyes, and calling him Lord, the actress felt something start to melt inside her. Later, she explained that while she looked into his eyes, “For a moment,” she said, “I believed!” That experience lit the flame of hope in her darkened heart.

This is what Christ wants to do in his Passion. He wants to convince the people of the palm branches that we can believe in him.  No matter how confusing and difficult and painful life may be, no matter how many times we may fail and fall and sin, he is still loving us. He is trustworthy.

There are a lot of Sabrina Impacciators in our neighborhood. They’re not here today. Their hands are empty. As people of the palm, we have to bring the green fronds of hope to them and place the palm in their hands. 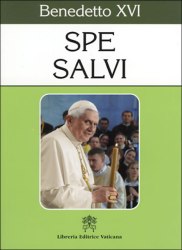 On a practical level, the Holy Father explained that the faith of the people, who are not here with us today, is in an embryonic stage. It’s present in their lives “in a tentative way, in the things that are hoped for: a whole life, a true life” (Spe Salvi, #7). In the midst of the madness that is ratings-driven news, our simple, serendipitous conversations with those who are absent today,  can describe an alternative – another storyline. We can say that this “Jesus thing” that we hold on to, gives us a certainty. The promises of Christ –  healing, justice, and everlasting happiness – can come true, just as his promise about his resurrection came true. And because of that certainty, they too can begin to experience a fullness of life, even while carrying crosses through this fallen world.

From: Reflections on Sunday Readings, St. Monica
← People – And A Person – Of the Covenant (Homily, 5th Sunday of Lent)
Confession Part 1 – A Spiritual Reflection →
No comments yet