The 3rd Sunday in Ordinary Time – The Homily 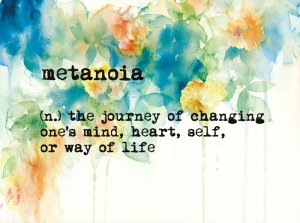 Ezra the priest-scribe was reading, in effect, from the Old Testament. We read that he, and Nehemiah the Governor, said, “Do not be sad, and do not weep”—for all the people were weeping as they heard the words of the law. Why were they weeping? I suspect 5 reasons: 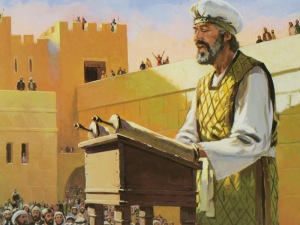 This reflects the Second Reading from St. Paul, Brothers and sisters: As a body is one though it has many parts, and all the parts of the body, though many, are one body,

One scripture scholar asks, “What issues are associated with the powerful new Christian Coalition: Forgiveness? The poor? Liberty for captives? Setting the downtrodden free? Caring for the wounded? A politics, engaged in by men and women of faith, is a politics shaken and transformed by faith.

Pope Francis has written about this same topic:

It is essential to draw near to new forms of poverty and vulnerability, in which we are called to recognize the suffering Christ, even if this appears to bring us no tangible and immediate benefits.

I think of the homeless, the addicted, refugees, indigenous peoples, the elderly who are increasingly isolated and abandoned, and many others. Migrants present a particular challenge for me, since I am the pastor of a Church without frontiers, a Church which considers herself mother to all. … How I wish that all of us would hear God’s cry: “Where is your brother?” (Gen 4:9). 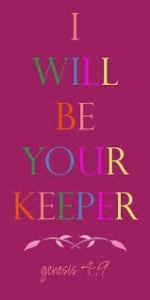 Where is your brother or sister who is enslaved? Where is the brother and sister whom you are killing each day in clandestine warehouses, in rings of prostitution, in children used for begging, in exploiting undocumented labor? Let us not look the other way. (Evangelii Gaudium, nos. 210-211)

Thus the promises of Christ, about metanoia, can be examined from an internal and external point of view. This presents uncomfortable questions? Personally where are the areas of my life that need mercy, healing and conversion? Externally, who is “my brother” or “my sister” whom I am avoiding, ignoring, hurting? What must I do to change that? Where do I even start? 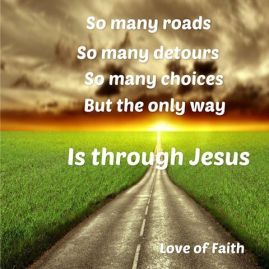 The answer lies in the words of Jesus in today’s Gospel. He is the way, the truth and the life. So start with Him. Through prayer, silence, Scripture, Church Teachings, He will not only show you which pathway you should trod, he will tell you where you should place you first step. He will not lie to you. He may ask difficult tasks of you, but He also knows what is best and how best to implement this “metanoia-program.” Changing, or perhaps eliminating, bad habits is difficult. But Christ knows that, in doing so, with His grace, your life will be of a better quality as well.