Catholics and Finances, A Spiritual Reflection (Part 2 of 4)

It’s not easy to generalize about American Catholics as a whole. There are more than 65 million of us, and a more diverse slice of America is hard to imagine. Catholics are now well represented in every part of the country and at all points along the socio-economic scale, from the very top to the very bottom. Yet one generalization about Catholics in America does seem to be sustained by the research data: Catholics are among the worst givers in the country.

For years, one financial rule of thumb was the “80-20 principle” – where it was believed that 80% of Catholic Church funds came from 20% of parishioners. Another model suggested a “1/3 model” – one-third of the registered members of a parish give constantly and generously, one-third give occasionally, and one-third give essentially nothing. More recent, specific and systematic studies by Mathew Kelly from Dynamic Catholic found the picture is much worse. 80% of parish income came from just 7% of parishioners. In addition, the majority of parish ministries were led and/or fulfilled by this same 7%.

Since the end of World War II, American Catholic households have benefited from the steady growing U.S. economy, with incomes averaging more than $50,000, as reported by Villanova University professor Charles E. Zech in a recent book, Why Catholics Don’t Give . . . And What Can Be Done About It. Still, many indulge in what church officials call “free riding.” Based on his research, Gary Tobin, president of the Institute for Jewish and Community Research in San Francisco, estimates that mainline Protestant believers give 2.9 percent of their income to their local church. Jewish giving is somewhat lower while Catholics give, on average, 1.5 percent. Alex Carrion is a member of the National Catholic Stewardship Council. His organization sells parish members on “Time, Talent, and Treasure” as a slogan to guide Catholics on what they can give. According to Carrion, the phenomenon of “’People giving a dollar a Sunday’ still goes on.”

There is no one set pattern for Catholic giving, and Catholics are not always poor givers. Research has found no relationship between the locale or size of a parish and parish collections. A Catholic school also seems to have no impact on the direction of giving. The information seems to suggest that parishioner attitudes and religious convictions have a lot to do with other factors and how contributions are made. Research by Dean Hoge (see citation below) and others on giving attitudes show that the pastor, parish leadership and management styles can affect the level of giving. For example, members of several denominations were asked if their church leaders were sufficiently transparent and accountable to parishioners/church members regarding how church contributions were used. Four out of five denominations queried received negative responses as seen below:

[ From The Cost of Catholic Parishes and Schools. (Abstract here; Purchase here) ] 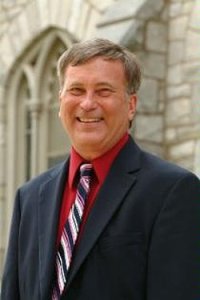 “People sit in the pew and say ‘What’s the difference—they’re not going to miss my money,’” They say. “When you have a whole parish saying that, you’ve got a problem.” In addition, “A lot of folks say ‘Why give to my church?’ It’s impersonal,” says Charles Zech at Villanova University. “It freezes me out of the decision-making process. That’s where the Protestants beat us up. They have more say where their money goes.”

Part of the challenge for Catholics is finding room for the individual in parishes of 2,500 members or more, where an attendee can feel like a cog in a wheel. Mr. Zech advises pastors to make a parish “feel small” by establishing weekly community groups—gatherings of no more than 15 people in private homes where they feel they have some say in what goes on.

Finally, part of the larger problem involve studies showing that Catholics get hit with direct-mail appeals ranging from aid to the bishop of Alaska to interest groups seeking to influence Rome. It’s not that Catholics aren’t necessarily generous but that many choose to “spread the wealth around” by contributing smaller amounts to numerous causes. Among Christians, uncounted millions of dollars are raised for everything from groups helping persecuted Third World Christians to organizations furnishing farm animals to poor peasants in the name of Christ.

Next week’s topic: “Giving: How and How Much?”

“Introduction: The Problem of Understanding Church Giving” by R. Hoge in Review of Religious Research, Vol. 36, No. 2, Special Issue: Patterns of Financial Contributions to Churches (Dec., 1994), pp. 101-110; and Church Member Giving in Perspective; An Exploration of Roman Catholic Giving Patterns (From “The State of Church Giving through 1993” by John and Sylvia Ronsvalle, ©copyright empty tomb, inc., Champaign, IL, 1995.

From: Reflections on Spirituality, St. Monica
← Catholics and Finances, A Spiritual Reflection (Part 1 of 4)
The 25th Sunday in Ordinary Time – The Homily →
No comments yet