The 25th Sunday in Ordinary Time – The Homily

The Second Reading from the Book of James presents a series of contrasts, setting vices of both the human heart and human behavior against the idea of “wisdom.” What would these two lists look like in a contemporary context?

“Community In Mission” is a blog by the Archdiocese of Washington, D.C. One of the priests of that archdiocese, Monsignor Charles Pope writes occasionally for this blog. Over the years, he has observed many adults in the current generations have adopted – or have kept- characteristics of teenagers. He recently wrote an article on his observations entitled, “On Being The Adult In The Room.”

As examples, he sites 14 traits such as their:

Where are the behaviors coming from? At it most basic level, we are dealing with disordered desires, which are the effects of Original Sin. In contrast, Scripture Scholar, Ian Mackervoy, in What Faith Should Do – An Easy English Commentary On The Letter of James talks about “wisdom” – a virtue that is:

Basically James is setting before us a choice – whether to please ourselves, our needs, our emotions, our “rights” – or to please God. To please God and to help our neighbor is what is understood as “The Law Of Love.”

So how do we move from one list to the other? Jesuit Father Dennis Hamm, S.J. says that the author of the Book of James is saying that the remedy for disordered desires is prayer, not because prayer is magic but because prayer: 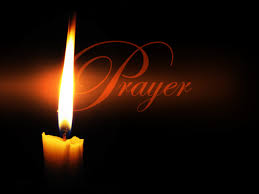 Prayer also places us in right relationship with “Authority,” from the Latin auctoritas and auctor which means ”originator” or “promoter.” As our “originator,” God is well aware of what we need to, not only survive, but to thrive! As “promoter” God provides what we need to achieve that fullness of life.

Concretely, what would this look like programmatically? The following is one example of a “spiritual exercise” which has five steps and takes 15 minutes:

Today’s liturgy begins with the following prayer: “Guide us according to your “law of love” because all mankind is in need of this law.” The result of following the law of love means establishing harmony within our life, which, in turn flows out and provides harmony and blessings within the greater human community. The recognition of this line constitutes the essence of wisdom. 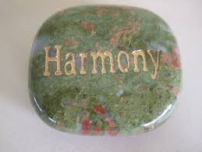 From: Personal Ministry Updates, Reflections on Sunday Readings, St. Monica
← Catholics and Finances, A Spiritual Reflection (Part 2 of 4)
Wrestling With The Questions – Homily, 24th Sunday Ordinary Time →
No comments yet