Catholics and Finances, A Spiritual Reflection (Part 1 of 4) 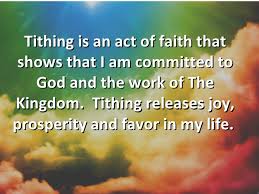 How many times have I heard, “Father, I don’t come to church anymore because all you guys ever talk about is money.” First, that’s not true. Second, part of the problem is that we don’t talk about money enough or, when we do, we don’t talk about it very well. So let me “talk about money” over the next three weeks. I shall examine three topics: “Background – Catholics and Financial Generosity,” “Giving: How And How Much” and finally, “The Future of Macro-Strategic and Micro-Tactical Catholic Philanthropy.”

For years, I had always believed, and practiced, the principle of “tithing” or the offering of the “first fruits” as referenced in Sacred Scripture:

“Bring the whole tithe into the storehouse, that there may be food in my house. Test me in this,” says the LORD Almighty, “and see if I will not throw open the floodgates of heaven and pour out so much blessing that you will not have room enough for it” (Malachi 3:10).

“Abram gave him ‘a tenth of everything’ he had recovered during battle.” (Genesis 14:20).

“Now the law requires the descendants of Levi who become priests to collect a tenth from the people – that is, from their fellow Israelites, who were descended from Abraham. Melchizedek, the King of Salem, although he did not trace his descent from Levi, nevertheless collected a tenth from Abraham. Thus even the patriarch Abraham gave a tenth of the plunder!” (Hebrews 7:4-10). 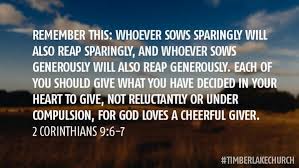 Several months ago, the Parish of St. Monica received a generous contribution from a benefactor’s will. So, with these Scripture passages in mind, I took out a “tithe” from the bequest and offered it to the various ministries and organizations of St. Monica. I then asked them to prayerfully discern and “sow some good seed” by giving the money to a particular charity or cause that they found worthy and attractive.

Some who benefited were: 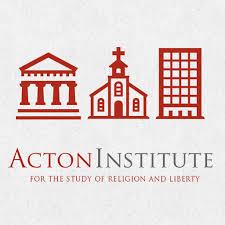 There are those who would say, ”But Father, this tithing is a ‘Protestant’ thing. It doesn’t really apply to us Catholics.” My friends over at the Acton Institute (a VERY Catholic organization dealing with “Religion and Liberty”) write the following:

When we give a tithe to God, we testify that everything we receive is a blessing from the Lord. He is the giver of all good gifts, and we are stewards of his creation, for “the earth is the LORD’s, and everything in it” (Psalm 24:1). So when we tithe or give other offerings to God, it isn’t the case that we’re simply giving him something of our own. We’re demonstrating that everything ultimately belongs to God and that part of our first responsibility as stewards is to give a portion back directly. 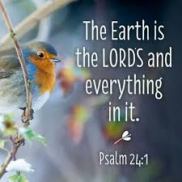 So giving a percentage or a proportion of one’s income is not outside the realm of Catholic thought and tradition. Nevertheless, next week we will examine this idea in greater depth.

From: Reflections on Spirituality, St. Monica
← The 23rd Sunday in Ordinary Time – The Homily
Catholics and Finances, A Spiritual Reflection (Part 2 of 4) →
No comments yet