Being an Ambassador of Hope Around Messy People 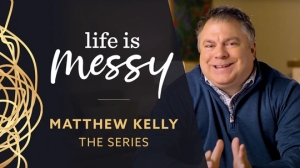 I was thumbing through Matthew Kelly’s book, Life is Messy. Two sections caught my eye in light of what is happening in Ukraine and Eastern Europe.

The one section was entitled, “Thoughtless, Careless, and Reckless.” According to Kelly, the root of recklessness if thoughtlessness. If we don’t care about other people, we become careless. “I’ll do whatever I want. What difference does it make? Who cares what I do?” I’ll tell you who. When you’re on the receiving end. Ing the short term, it changes you. It hurts. It kills trust. It affects your heart. The pain is real. Carelessness robs us of tenderness towards others. We los 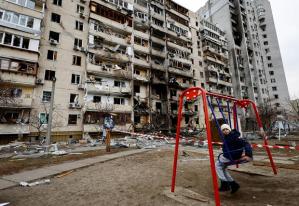 e our will towards compassion. We don’t open up to interact and help others because we don’t want to get burned. We want to stay safe.

Carelessness dehumanizes people. This leads into a deeper darkness. It leads to recklessness. Kelly warns: “Beware of reckless people. They have no regard for other people’s safety, comfort or needs. They lack empathy. They will witness fear or sadness or disappointment but will carry on anyway. They will destroy you on the way to destroying themselves.

What is happening in Eastern Europe of being perpetrated by people who are thoughtless, careless and reckless. This is being done on a massive scale. I might be playing pop-psychologist here but this is not a sudden occurrence. People committing this evil have been doing this on a scale, large and small, for years. I would imagine that there was no spiritual or sacramental antidote. We see the result.

Is there an antidote? Matthew says that there is. First, Kelly mentions examining three traits. I need to consider my own thoughtless, careless, and reckless. We begin that conversation with ourself that says. “Ok. I understand this. I don’t like it, but I know what it’s like to struggle with this.” The antidote rests on gaining a new perspective.

This does not mean that we should not be cautious around others who are thoughtless, careless or reckless. A healthy distance can be self-preservation. It also can be the foundation of the second part of the antidote. We realize that we are dealing with someone in tremendous pain. This can build empathy for that person. We can then give that person the benefit of the doubt. 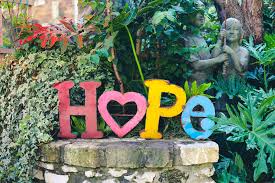 Kelly then coins a phrase that I found powerful. In such situations we can become “ambassadors of hope.” He writes, “There is a battle raging in each and every human heart. This battle is between hope and despair. We can tip the balance by embracing the call to become ambassadors of hope.”

Kelly relates a story. There was a day when the thought of a young friend entered his mind. Kelly had not heard from the friend in a while. For some reason, Kelly didn’t call. He drove to the friend’s house. The place was dark. Curtains were closed. There was trash throughout the house. The friend looked horrible. Kelly suggests that he get a shave, a shower and then he would take his friend out for dinner. Afterwards, they sat on the porch and just talked. The next day, Matthew received a letter. His friend said that, in the moment Matthew arrived, he was preparing to commit suicide. The visit convinced him that, “Hey, someone does care.”

Today the man is a physician. He has a wife and three children. That night he was going through a rough patch. Kelly and his friend have never spoken about that night but, as Matthew Kelly writes, “He knows… and I know.”

Kelly was sensitive to the promptings of the Holy Spirit. I’ve seen similar – though less drastic – moments many times. A wife under crushing pressure from her responsibilities gets a call from her husband. “How did you know that I needed to hear from you?” A parent calls a child at college who, days before said, “I’m doing just fine” but the timing of the next call is perfect. He is struggling and needed parental assurance of his worth and his capability to do well.

Matthew Kelly: “Our actions can tip that balance between hope and despair. That is a power that should be used often – and respected always.”

From: Personal Ministry Updates
← Blessed Charles de Foucauld and the Prayer of Abandonment
Parishes Finances: Questions and Comments →
No comments yet