Let’s begin to examine Pope Francis‘s latest encyclical letter Fratelli Tutti. I will focus on the Holy Father’s letter over the next couple of weeks. There’s been a lot of discussion about the encyclical ever since it came out several weeks ago. I recently reviewed two YouTube videos discussing the encyclical. One is from Bishop Barron’s Word on Fire Institute. The other one is from the Lumen Christi Institute for Catholic Thought.

The timing of the encyclical is providential. The current political climate in America is contentious. Chapters 11, 13, 15, and 16 seem to describe this current situation with an eerie sense of accuracy. At the beginning of the encyclical, Pope Francis writes about unhealthy nationalism. This is not a US issue. Immigration has been a hot topic in Europe. Millions of people have tried to reach western Europe since 2014 and 2015. They come especially from the war-torn Middle East and an economically ravaged Africa. The Holy Father gives us plenty of rich material about this that we can mine. It gives us policy material with which we can engage our elected officials.

Pope Francis’ ecumenical approach towards his last two encyclicals are striking. His All-Holiness, the Ecumenical Patriarch Bartholomew I of Constantinople was part of the conversation during the writing of Pope Francis‘s last encyclical, Laudato Si. In Fratelli Tutti, The Holy Father references his conversation and relationship with the Grand Imam Ahmad Al-Tayyeb. Pope Francis had met him in Abu Dhabi. These two examples echo a story about St. Francis. Pope Francis outlines this story in paragraph 3. Saint Francis once journeyed to Egypt to met with Sultan Malik-el-Kamil. This conversation was held amid the crusades. At that time, military encounters, not diplomatic conversations, were raging throughout the Middle East.

Here’s my initial take based on my own frustrations. We are struggling with a pervasive need for people to see every encounter and every issue in terms of winning and losing. Views and philosophies that differ from ours are not only to be discredited or proven false. The name and reputation of the other person are to be destroyed. 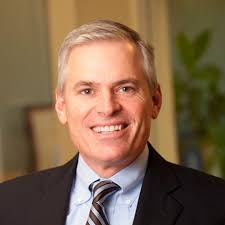 A good piece of advice that I have received is the phrase, “Will, ok. Let’s talk. When can we have a conversation about that?” I once read a book by a business consultant who I respect, Patrick Lencioni. Patrick wrote a book called The Five Dysfunctions of Teams. One trait of effective teams is healthy conflict. It is the ability to disagree and discuss contrary positions. The discussion always centers on the success and common good of the entire organization. This can only occur if a second element is present. That is the element of trust. These two elements seem to be at the heat of Fratelli Tutti.

From: Personal Ministry Updates
← Parish Models: Parish Staff, Parish Lay Support, Ministers and Ministry
Fratelli Tutti. Chapter 1: Poverty, And What to Do About It. →
No comments yet