Stephen P. White is a writer for The Ethics and Public Policy Center in Washington, D.C.. The EPPC is an institute dedicated to applying the Judeo-Christian moral tradition to critical issues of public policy.

Last week we began looking into Stephen White’s article, “Our Deeper Task.” It offers an analysis of the Catholic project of proposing truths about humanity, justice, mercy and science amidst the cacophony of opinions heard today. Below he continues his thoughts by looking deeper into the topics of human anthropology, human nature, justice, and mercy below. (Fr. Zlock)

You don’t need a well-developed theory of justice to be appalled or outraged by real injustices – for example, by police brutality or the killing of George Floyd. But you need it to see clearly what has brought our communities and country to this state of affairs. To discern legitimate grievances amidst the clamor of an angry mob. To have the wisdom to see what might actually serve justice and peace. For this, a politics that has eschewed nature and truth (and so with it, justice and reason) is at an utter loss. 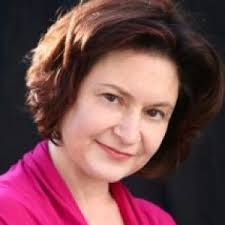 What we are left with instead is what Mary Eberstadt has described as the primal scream of identity politics:  which, even when it is an authentic response to real injustice, is as destructive as it is ineffectual. And it is a problem that afflicts, albeit in different ways and to differing degrees, both sides of our political divide.

The Church offers an alternative account of human nature – one that allows ample room for both justice and mercy – which could help lift us out of the mire of our broken politics. But this vision is radical, and we Christians are often too timid to proclaim it in full.

It is too easy, for example, to insist that a return to traditional moral values would result in a more humane politics. Surely this is true in a tautological sense: people would act better if they were more virtuous. The remedy to our current predicament is not, at least not in the first instance, to be found in a reassertion of Christian morality for the simple reason that people have rejected the very account of human nature from which Christian morality depends for its coherence.

To a people that rejects – or is ignorant of – the Christian vision of the human person, the Church’s moral teachings appear as “a disjointed multitude of doctrines to be imposed insistently,” as Pope Francis has pointed out.

Pope Benedict XVI took up this same idea in his encyclical “God is Love” or Deus Caritas Est, where he wrote, “Being Christian is not the result of an ethical choice or a lofty idea, but the encounter with an event, a person, which gives life a new horizon and a decisive direction.”

This theme is found also in the writings of Pope John Paul II, who was constantly quoting the Second Vatican Council’s insistence that “only in the mystery of the incarnate Word does the mystery of man take on light.”

The Polish Pope saw this as a corrective to those who, in the name of the Catholic social teaching, would reduce the mission of the Church to a search for worldly justice:

[The Church] proclaims God and his mystery of salvation in Christ to every human being, and for that very reason reveals man to himself. In this light, and only in this light, does it concern itself with everything else: the human rights of the individual, and in particular of the “working class,” the family and education, the duties of the State, the ordering of national and international society, economic life, culture, war and peace, and respect for life from the moment of conception until death. (Emphasis added.)

The spirit of today would have us believe that we can make ourselves in our own image. It is an old lie, bereft of hope, but no less potent for that. It is a lie that makes our common life all but impossible. And it is a lie that leads souls to perdition.

We need the Church now, as ever, to help remind us of who we are: We are created by God, and made for God. We are sons and daughters of the Father. We are the ones for whom God himself, though we were still sinners, suffered and died. And we are the ones for whom His Resurrection is an offer of the promise of eternal life.

We Christians are the ones who must show the world – a world as undeserving as we are – that there is a still more excellent way. This task is likely to grow more difficult in the years to come.

But not less important.