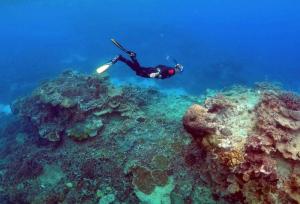 There have been a number of people who have been asking me what I think about “the new archbishop.” Let me offer some thoughts.

I can’t say that I know Archbishop-Elect Perez “well.” We know each other in as much as all priests in the archdiocese know and are familiar with each other. Close priest-friends of his were stationed in South Philadelphia while I was at Goretti/St. Monica. Thus our paths crossed socially and sacramentally over the years.

I heard of his appointment in a rather humorous way. I was up at a Benedictine monastery in New York on a retreat. The monks do not speak during meals. So it was somewhat surprising for me, sitting next to the Prior, when he leaned over and asked “What do you think of the new archbishop?” There is no cell phone signals or internet service available at the monastery. I had not (thankfully) received any news about anything over the past several days. Thus, being totally ignorant of the situation I asked, ”What new archbishop?” He replied, ”Some guy from Cuba.”

Now, you have to understand that I heard that statement through a bit of a filter. I had spent three years in West Berlin in the 1980’s. I worshiped at a church that was

literally 10 yards away from the Berlin Wall. So my first reaction was ”Why would Pope Francis pull some guy from a communist island and assign him to Philadelphia?” With that the Prior leaned over and said ”The guy’s name is Nelson Perez. My immediately response to him was “That’s a great choice!”

At St. William, he took over at a time when the neighborhood was dramatically and rapidly changing. Saint Williams was one of those massive Catholic parishes in Northeast Philadelphia with several buildings of significant size. People were moving out by the hundreds so the income flow was declining but the bills were not getting any smaller. The buildings needed to be taken care of. He had a school to steward. Nevertheless, he did a fine pastoral job in the midst of challenging circumstances.

He was also a Pastor at Saint Agnes in West Chester. This, too, is a large and complex parish. It has a university and a Newman Center within its boundaries as well as a very significant hospital complex. It is a parish that is very dynamic and diverse with people of some financial means, middle class and college students, as well as some more impoverished areas. It also has a noticeable Hispanic population there as well. Nelson Perez did a nice job of taking care of the flock there for a number of years until he was appointed an Auxiliary Bishop in Rockville Centre, New York.

This direct experience as a pastor has significant advantages. What is important: He understands first hand what priests and pastors go through on a day-to-day basis. He speaks their language. He is very familiar with the situation in many of the parishes in Philadelphia. He also has classmates and close priest friends in the archdiocese. He has kept in close contact with them for the past several years. Therefore he is quite familiar with the dynamics of the archdiocese.

He is well known and well respected by the priests of the Archdiocese of Philadelphia. He is going to have to make some difficult decisions in the years ahead. The priests of Philadelphia, I would imagine, will rally around him and say “Listen Nelson, we get it, we understand. Let us know what you need us to do. We‘ll work with you on it.”

Much has been written about his amiable personality. That is very true and it is a strength that he brings to his pastoral repertoire. But don’t let the friendliness fool you. The new archbishop is a man with gravitas. He has a tremendous work ethic. He is a man of vision who is not afraid to try new ideas. He showed this when he was in Cleveland.

He has a keen mind and is not afraid to make difficult decisions. Much has been made about his theology especially in comparison to Archbishop Chaput. I read a recent article in the Philadelphia Inquirer that was well written and well researched about this. The theological differences between Archbishop Chaput and Nelson Perez are not as significant as some people have made it out to be (or as others would hope it would be). They have a different approach and a different style. But in many ways their understanding of the church’s vision is very similar.

One thing that the new archbishop and I share is an interest in SCUBA diving. Bishop Elect Perez has a number of advanced certifications and has some rather significant deep dive, wreck dive and even shark dive experience. Although, by his own admission, he has not had the opportunity to enjoy the sport as much as he used to, it is an affectation that adds an interesting dimension to his person.

From: Personal Ministry Updates
← Homily: Presentation of Our Lord
The Homily for the Third Sunday in Ordinary Time →
No comments yet