Joseph The Savior. Homily for the 4th Sunday of Advent

In today’s readings, we read the line:

Joseph her husband, since he was a righteous man, yet unwilling to expose her to shame,
decided to divorce her quietly.

There is A LOT going on the background behind this line. There are Jewish religious rites. There is Jewish law. There is the threat of capital punishment. Mary is terrified, ashamed a bewildered. Joseph is an emotional hot mess. He is confused, angry, conflicted. This has relevance to us today. Sometimes our  relationship with God is confusing. In such cases  we need to: 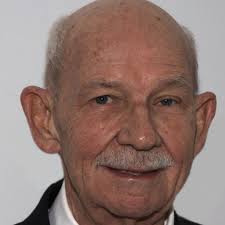 exploring the cultural world of the Bible. In his article, “Honoring God’s Will,” we look at the interesting  backstory behind today’s Gospel.

In the ancient Mediterranean world, marriages were arranged by parents to join extended families and not individuals. The bride did not expect love, companionship, or comfort. Both partners realized that their union was arranged for the political or economic advantage of their families.

The entire marriage process is a ritualized removal of a woman from her family.

In this rigidly gender-divided world, men and women had very little contact. Given the very nosey nature of Mediterranean village life, the separation of men from women, and the fact that the betrothed couple were not yet living together, Joseph may have been among the last to learn of Mary’s pregnancy. Women would have noticed that she was not participating in their obligatory monthly ritual purification. This put Joseph is a difficult predicament.

The honor code of the Mediterranean world demands that no one take what properly belongs to another. Mary’s child is not Joseph’s, so he hesitates to take the child. But if he doesn’t act quickly, she will be shamed.

Numbers 5:11-31 describes the shameful ordeal Mary would have to undergo in the midst of a public trial. If a person was detected as being unfaithful, the penalty was that

the person was stoned to death. A pregnant woman would certainly have been proof. By law, Joseph was entitled to return Mary to her father and expose her to this penalty as seen in Deuteronomy 22:23. If Infidelity was undetected, if the man was simply jealous of another man or if he even suspected the woman was unfaithful, he could call for the following ritual to be performed:

It was a shameful ordeal that Mary would have had to undergo in the midst of a public trial.

But Joseph is an honorable man. His sense of honor hopes that the rightful father will seize this opportunity to claim the child and marry the woman, Mary. He determines to divorce her leniently – and quietly.

What’s the relevance to us today?

Both were in emotional turmoil.  When the Spirit of God is at work, and we cooperate as did Mary and Joseph, you might also find yourself in an emotionally terrible situation . Affirm the feelings. Acknowledge that you’re struggling. Tell God that you are not happy the way things are developing. Why? Because you’re speaking truth. Jesus didn’t say “I will tell the truth.” Jesus didn’t say, “I only speak truth.” Jesus said “I AM the truth.” When you speak truth, Jesus is there – right in the middle of a messy situation.

“When the Spirit of God is at work, and we cooperate as did Mary and Joseph, something altogether new happens: mystery abounds, “God is with us.” But this only happens when we integrate our emotions. Father Harrison and Father Anthony are featured on the 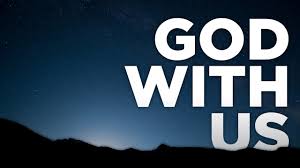 podcast “Clerically Speaking.” In Episode 70: “Cooking / Wrestling Deamons / 4 Senses,” startgin at about 18 minutes, they quote the Catholic writer Flannery O’Connor. Flannery writes about grace working through ordinary stuff and integrating your emotions within a proper Catholic spiritual concept. St. Francis de Sales once said, “You cannot be ruled by your emotions, but you have to pay attention to them, since it is there that the Holy Spirit resides.” You emotions have to be examined, integrated and purified – with prayer, with the Sacraments of the Church, with discernment.

When the Spirit of God is at work, and we cooperate as did Mary and Joseph, we receive the gifts of the “grace of apostleship” and “obedience of faith.” This enables us to begin to pursue the pathway of our purpose. The challenging times are not random. They are a spiritual training ground.  When we begin to “cooperate with the ‘Spirit of holiness,’ as did Mary and Joseph, mystery abounds when we are willing to relinquish control and open ourselves to the unexpected.

This would indicate that God places each of us in strange, difficult, challenging – and mystical situations. He does this so that we can determine God’s special purpose for our life in order to fulfill God’s mysterious plan. This has to do with our role as disciples (See video below).

From: Personal Ministry Updates
← St. Monica: Recent Past – A Hopeful Future (Facilities, Part 1 of 2)
We Three Jesuits: Homily for Christmas →
No comments yet