I was talking to a close friend recently. He has been in a difficult job for a number of years. He has prayed about it. He has discussed it with his wife. He has sought professional advice. Still he felt frustrated.

At one point, a friend asked one question:

That question caught him up short. He had never thought of that question. He didn’t have an immediate answer to it. It was a key moment. That critical question did not give him an answer. It did lead him to an “encounter place.” There he and God could start to have a different conversation. During that prayerful conversation, the Lord revealed a number of ideas:

You’re doing stuff that is holding you back professionally.

You’re doing stuff that is holding you from a full life of faith. 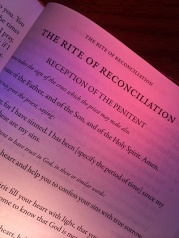 Following “The Conversation” he realized that he needed to go to Confession. He needed the Grace of the Sacrament to be able to deal with this.

During Confession, further insights came to him. He underestimated what God could do in his life. He underestimated that God loved him. Since that sacrament, he is different… emotionally, physically, spiritually. The job still stinks. The people with whom he works are still knuckleheads. But it’s different – now he has hope.  Confession “worked.” 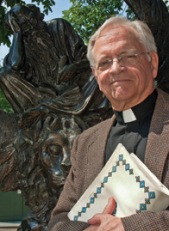 The tax collector, on the other hand, stands apart not in pride but in humility. He beats his breast, and prays simply, “O God, be merciful to me, a sinner.” The word for “have mercy” here is not the usual one, the “eleeson” we used to recite at the beginning of Mass, but a rare word, appearing only here in the Gospels, “hilastheti,” related to words for atonement. Luke’s original readers would have caught the resonance. Unlike the Pharisee, the tax collector is fully involved in the Temple liturgy.

He is praying, in effect, “Let the atonement work for me, a sinner.”

I know of another person who was going through a long-term, difficult situation. Similar to my friend above, she had prayed, had others intercede on her behalf, sought advice, followed the advice. Not solution was evident.

One day she was talking to another friend who asked another critical question:

She answered, “He’s mean. He’s fickle. He teases me with a little bit of a solution to some small item. Then He drops a piano on me and sends another and bigger problem. I don’t like my God.” 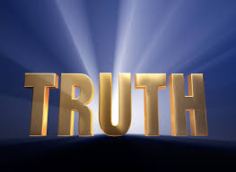 It was several months before she was finally in a better place. The solution came gradually. Unlike my friend, she is not in a “Happy place” – yet. She is still recovering from a long, arduous ordeal. That conversation, however, was a turning point. Her entire approach, her demeanor, changed. She was able to carry on. 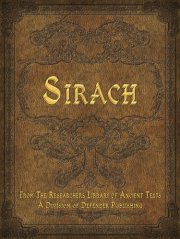 The one who serves God willingly is heard;
his petition reaches the heavens.
The prayer of the lowly pierces the clouds;
it does not rest till it reaches its goal,
nor will it withdraw till the Most High responds.