Liturgical Catechesis: “I’m confused about when to sit after Holy Communion.”

The 2003 General Instructions of the Roman Missal (or GIRM) outlines guidelines for liturgy. It states, “In the dioceses of the United States of America [the congregation] should kneel beginning after the singing or recitation of the Sanctus until after the Amen of the Eucharistic Prayer.… The faithful kneel after the Agnus Dei unless the Diocesan Bishop determines otherwise” (No. 43).

The GIRM makes no mention of a posture after Communion. This led to some confusion since many felt the congregation should stand until everyone had received Communion. A letter to the Holy See, reported by a U.S. Bishops’ newsletter reported, “In the implementation of the General Instructions, posture should not be regulated so rigidly as to forbid individual communicants from kneeling or sitting when returning from having received Holy Communion” (p. 26).

Because we may sit after Communion, we may reasonably presume permission to kneel as long as we like. The celebrant’s returning the Hosts to the tabernacle brings the Communion rite (one of the “principal parts” of the Mass) to a close, and many of us grew up kneeling until then. To kneel while the Eucharistic vessels are purified is not required, but the respect it shows should by no means be discouraged. On to this week’s reflection..

I’ve been sharing items that were discussed in a recent “Deanery 4” meeting. One topic was “Regional Schools” vs. “Parish Schools.” We first discussed statistics. There is a limited “resource pie” of children available in our area. Competition from top shelf public- private Catholic and private academy schools is significant. Demographic studies shows a declining enrollment in Chester area parish schools.

We discussed the difference between a “pure” regional school vs. a “several-parishes-combined school.” A “pure regional” school model is found in other areas of the country. This is similar to what we have in Philadelphia with our high schools. The school has open enrollment. The building does not rest on any parish grounds. This model has been used in other areas of the country with primary schools as well. A similar model is found in New York. In New York, they have a system of “primary schools” and a system of “secondary (high) schools.” The schools are totally independent. They are not directly tied to the local parish in any way. The school just happens to be located in former parish school buildings.  When faced with increasing costs, declining enrollment, what do you do when several parishes need to combine resources and combine schools? Parishioners’ attitude has often been, “Sure, let’s combine but just make sure the location is here.” That is often a non-starter for a fruitful conversation.

Regardless of the model used, what are some of the important issues that need to be considered? Cost is huge. “Brick-and-mortar schools” involve significant fixed expenses, parish subsidies, salaries, benefits and debt.  If a parish has a “parish school” these expenses lead to the declining availability of resources for discipleship, formation, liturgy and spiritual programs.

Historically, Philadelphia families have been fiercely loyal to their parishes and parish schools. How do we pay for regional schools if that is deemed a more workable model? What is the ability – and willingness – of parishioners to invest in support of a school that is no longer directly associated with their parish? How would parishes subsidize regional schools? To what financial extent would this support be feasible? In some cases, local pastors say to a school, “Here’s what we’re giving. That’s it. Now go and make your budget.”

The current Catholic culture and atmosphere is not in sync with the reasons why Catholic schools were founded in the first place. The reason for Catholic schools was to pass on the faith to future generations. With close to 40% of Catholic parish families not attending Sunday Mass with their children, is this really working to fulfill the mission? The idea that “If you fill the school, you’ll fill the pews” has proven to be false. One priest commented: “We’re failing because we are not looking at this honestly.”

We talked about national Catholic school trends.  70% of parishes nation-wide do not have a “parish” or “regional” Catholic school. It begs the (some would say heretical) question: “What is the necessity of Catholic schools in a parish or even in our Archdiocese?”

Finally, who works all of this out? What is the time frame to finding solutions to such complex issues? 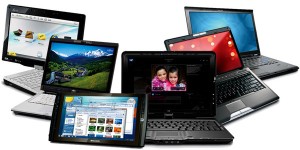 A final topic discussed at the Deanery Meeting dealt with the internet. Specifically we discussed internet safety and internet addictions. A “Safe Haven Sunday” was recently introduced by the Archdiocese on March 2-3, 2019. As Archbishop Chaput wrote, improper and immoral internet use “is one of leading causes of addictions, abuse, adultery, divorce, and even human trafficking. It creates unsafe environment for children and undermines marriages and families. Safe Haven Sunday will give us an opportunity to address the damage done to marriages, families and our culture as a whole, while providing helpful resources for individuals and families.” An implementation guide for parishes has already been developed.  Further information on this initiative will be forthcoming.

From: Personal Ministry Updates
← Deanery #4 Notes: Part 2 of 3
Homily for 5th Sunday of Lent →
No comments yet