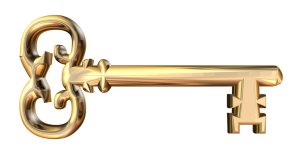 The liturgical catechetical point for this week deals with the Liturgy of the Word. Why do the lectors and cantor take so long to go to the ambo/podium to do the readings and the Responsorial Song?

This comes from the “General Instructions:” “The Liturgy of the Word is to be celebrated in such a way as to favor meditation. Thus, any kind of haste only hinders a sense of recollection and is clearly to be avoided. During other periods of the liturgy, brief periods of silence are also appropriate. By means of these, under the action of the Holy Spirit, the Word of God may be grasped by the heart and a response through prayer may be prepared. It may be appropriate to observe such periods of silence, for example, before the Liturgy of the Word itself begins, after the First and Second Reading, and lastly at the conclusion of the Homily. (GIRM, no. 56)

In an article last week I began a look at two famous saints – St Catherine of Siena and St. Benedict. I had several reasons why. In the midst of all that is happening in the church, I think that Catherine and Benedict might provide some answers to the questions many are asking. Their “original sources” (Catherine’s Dialogue and Benedict’s Rule) have been read for hundreds of years. There must be something of value there. Third, they’re both personal favorites of mine. I’ve read the entire Rule of St. Benedict several times. I’m only working through The Dialogue by the saint who shares my birthday for the first time. I’m doing a “deep dive” into the Book of Hebrews for my preaching over the next few weeks. I personally wanted to mine the spiritual and theological vein of these two works as well.

The virtue I wanted to focus on first is obedience. Both Benedict and Catherine dedicate chapters to it. They discuss original disobedience, the roots of disobedient people and actions, the positive effects of an obedient spirit and what corrective action can be taken when we drift away from “the narrow way.”

In The Dialogue, “A Treatise On Obedience” St. Catherine examines the cause which destroyed original obedience in the Garden of Eden. “Look at the first man and you will see– it was pride produced by self-love and the desire to please his companion.” Curiously, pleasing others seems to be an important stumbling block according to Catherine. ”Rather than fastening the key of obedience with the ’chord of self-contempt’… they take delight in the praise of men.” Turning away from even reasonable and valid pleasure is something else that can lead to an obedient heart. In Chapter 5 of The Rule of St. Benedict, ”On Obedience” Benedict explains that, “This desire is their motive for choosing the narrow way, not living according to their own choices, desires, and pleasures.” A third cause of disobedience is the simple burden of humanity. When things get tough, some people seem to want to just do their own thing with a total disregard of others. Catherine points out that “If they suffer a little extra fatigue or mental or corporal tribulation,” and their grip on the desire for holiness is loosened, ”these people are apt to lose their key.”

“The Key” is an important concept for Catherine. It is the instrument that unlocks a person’s holiness. The key is the relationship with Christ. She writes, “Where is obedience to be found? In the Word – My only-begotten Son. The key to unlocking the door of obedience is Christ. The (Divine) Word – the Truth – is the porter of that door –  but he gives you the key to unlock it. Anyone who travels by the way of Christ, ”travels in the light, and being enlightened, cannot stumble or be caused to fall without perceiving it.”

Thus Catherine squarely put responsibility for obedience on the shoulders of the believer. Quoting Augustine, Catherine says that although God “Created you without yourselves, I will not save you without yourselves. Thus you must take the key in your hand and walk the doctrine of My Word.” Benedict writes that haste to accept and carry out what is asked is important. “The first degree of humility is obedience without delay. This is the virtue of those who hold nothing dearer to them than Christ and the glory everlasting. But this obedience will be acceptable to God and pleasing to others only if what is commanded is done without hesitation, delay, lukewarmness, grumbling or objection, for “God loves a cheerful giver.” 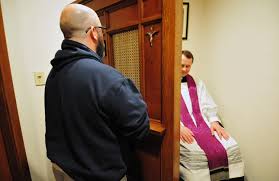 One corrective action that Catherine recommends against failure is the Sacrament of Reconciliation. “Leave mortal sin by a holy confession, contrition of heart, satisfaction, and purpose of amendment.

Positive effects can be felt in the life of an obedient Servant of God. “Such a one feels no hatred when injured, because he wishes to obey the precept of forgiveness” writes Catherine. He suffers not when his appetites are not satisfied, because obedience has ordered him to desire (God) alone, who can satisfy all his desires.”

How do you know when you’re getting it right? “The sign that you have this virtue is patience” which Catherine calls “the marrow of obedience and a demonstrative sign.” What is interesting is that this patience is bestowed upon the obedient person, whether they are in the state of grace or not.

Catherine writes about other virtues related to obedience. Catherine calls patience the “sister of obedience.”  She calls charity “the mother of patience.” The “nurse who feeds them both” is humility and that a soul is obedient in proportion to her humility. Catherine also looks at the other side. The sister of self-love is impatience. “Pride is her foster-mother and feeds her with the darkness of infidelity, so she hastens along the way of darkness.

Obedience is not just about following orders. It comes from the Latin, oboedire which means to “listen to” something or someone or to “listen for” something or someone. It means to place your trust in the hands of someone who might be older, wiser and more experienced. It means actively seeking guidance, getting the direction and listening to – and following the instructions.