This isn’t the reflection that I originally thought I would be submitting this week. Last week I began talking about the subject of holiness. I led with the backdrop of a lot that is happening in the church – and in the world for that matter – that is decidedly not holy. In the end, I mentioned that achieving holiness is hard, especially in the face of so much that seems to be the antithesis of holiness.

I mentioned that many people have left, or are considering leaving, the church on account of much that has happened. I said that I was going to address this topic of leaving – and returning – this week. I’ve changed my mind.

I’ve been doing a “deep dive” into the entire situation involving Cardinal Theodore McCarrick.  The tip of the spear on reporting this issue has been Rod Dreher, author, and blogger over at The American Conservative. (Twitter – @roddreher). Rod has been following this issue, and sounding the alarm, for years. Another prominent voice has been the author and blogger

John Allen who is Editor-In-Chief of Crux Now (also see John’s twitter feed@JohnLAllenJr). Writers and staff over at Catholic World Report have added poignant insights and stayed on the story along with “The Anchoress” Elizabeth Scalia, although to a lesser degree.

The stories that have affected me the most have been the articles by Ines San Martin (Twitter –@inesanma). She is an Argentine journalist living in Italy.  She is currently the Rome Bureau Chief at Crux and covers the Vatican.  She has been focusing on what has been happening in South America. Being from Argentina, she adds a particularly familiar and informed perspective. What she has found, and is writing about, is simply gross. 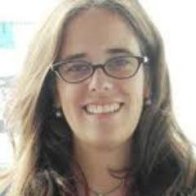 As I have previously mentioned, I was personally affected by this scandal situation while I was working in the Clergy Office. In no way can I say that I have been as affected as the victims, their families, and friends – not even close. Yet, in reading several of San Martin’s reports over this past week, I found myself physically curled up on the couch. This thing is so huge, and it’s still much bigger than originally thought. Even Pope Francis has reversed his opinion on what has happened in his former home-continent.

Over the past week, I was considering some questions about this issue. Why is this topic interesting to me so much? Why is this bothering me? Why do I feel compelled to write about this? I came to the insight in realizing that I don’t have kids or grandkids. So, at one level, the child abuse crisis didn’t hit a nerve. This is different. Now I have skin in the game. I have been reading about the seminarians and priests who were abused in South America. These priests are my brothers. The seminarians are like the ones I have known and sponsored and walked with through their seminary years. They were abused. They talked. They reported. They were ignored. They were chastised. They were threatened. The stories are horrible. Now I get it.

So I come at this from a new perspective. But that leads to another troubling issue. Did what I do – or not do, what I have said – or not said,  negatively impact people who have been directly affected by this scandal? How many people walked out of my church having listened to a homily of mine, heard a comment from me or read an article I penned, that hurt them. I am absolutely sure that has happened. If that is the case, I am so very sorry. If you know someone to whom this applies, please let them know how sad I am and that I would like to apologize to them – personally if they give me the chance. (I won’t insult them by saying “..if I hurt them.” That’s not an apology. It’s nonsense. Of course, I did).

That’s why I pulled my article on why people are leaving the church. I could not post an article that tried, in any way, called into question people who have left, are leaving or are considering leaving. More and more, I am amazed at any anybody who stays. More and more, holiness looks like incredible courage –  and grace. Over the next two weeks, I will offer some examples of those grace-filled, courageous disciples. You’ll be impressed, encouraged and uplifted. 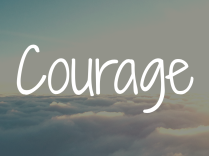