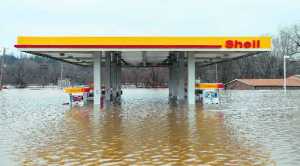 St. Paul points out the idea of recompense in 1 Corinthians 9. Here’s what’s happening.  Paul is being challenged by his critics that he is preaching the gospel for profit much like the criticism of some tele-evangelists today.  The Corinthians are implying that Paul’s message is not credible because Paul isn’t credible. And if the message isn’t credible, then they don’t have to pay attention to it.

Paul says that this is nonsense. In effect he says, “I haven’t received, not have I asked for, any payment from you. I’ve willingly made myself poor – for you – for the sake of the gospel. I’ve done that. What’s your next move?”

Paul’s refusal to accept any remuneration was voluntary. What about when it isn’t voluntary? In Radical Together David Platt recalls events of August 2005 in Louisiana. His family left New Orleans ahead of Katrina. They’d weathered hurricanes and storms before so they gathered clothing and other items and left the city. No big deal, 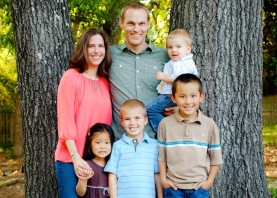 they expected to be back in a few days.

Watching news coverage of the terrible destruction in the aftermath of the hurricane, an aerial shot showed a gas station – only four blocks from their home – almost completely under water. The chopper’s camera paned the neighborhood further. That is when David and his wife recognized the roof of their home. In that moment they realized – they had lost everything.

Fast forward 11 years later.  The same month.  The same area. The “Great Flood of 2016.” Rod Dreher described what happened to him and his family in his book, Benedict Option:

No one saw the great flood coming. Weather services predicted 3 – 6 ” of rain spread out over 5 Days. Instead 30 inches fell. Three times more rain fell in the area than during Katrina.” As Rod and his wife were helping in a shelter, he saw shell-shocked people with wide eyes and blank expressing saying, “We’ve lost everything. We never expected this. It has never flooded where we live. We were not prepared.”

Nobody had flood insurance but why would they? The Great Flood was a 1,000-year weather event. Nobody in recorded history had ever seen this land under the water. The last time something like this happened in Louisiana, western civilization had not yet reached the shores of America. 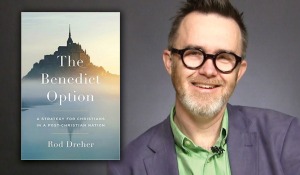 Suppose churches put everything on the table for consideration before God. What if our churches released everything we had wholly to him and asked him to show us his priorities and purposes for each? What is we looked at they way we minister to children, youth and college students; how we serve women, men, singles,

married and seniors; how we do music and mission; how we approach and implement finances and budgets, administration and communication; all our policies, priorities and procedures, all of the buildings and land we own or rent – putting all these things – and more –on the table. Then we would ask God, “What needs to go? What needs to change? What needs to say the same?

‘And then wait for God to answer.” God asking, “Ok, what’s your next move?”

Pastor Platt asks further, “Is it possible for church people to be so focused on personal conference and so fearful of the potential cost that they virtually forget the purpose of God among all the peoples of the world?”

These are scary questions. Platt says that asking such questions can cause people in your congregation to “wonder if you’re looking for a short tenure as their pastor. For each item, some people might ask, “But what’s wrong with …..?” Platt says, “That’s the wrong question. The right question is, “Are these programs and activities the best way to spend our time, money and energy for the spread of the gospel in our neighborhood and in all nations.”

Lent is coming. We will be encouraged to engage the three pillars of Lent; prayer, fasting and almsgiving. How far are we willing to push that beyond Lent? What if God asks us, “Ok what’s your next move?”

Platt tells stories of people who took it to a new level. Jorge is a postal service retiree from Arizona who has begun a gospel ministry with fellow Hispanics in his local community.  Lauren is a college senior from a church in London, England who is planning to use her studies and skills to work among people who have never heard of Christ in that city. DeShawn is a high school senior from Florida who has organized outreach opportunities for his peers to participate in sharing the gospel around his own community on Sundays.

Some people have gone even further. Jacob and Stephanie decided to forgo purchasing 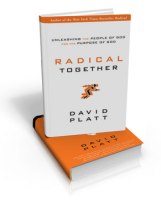 a bigger house, purchase a smaller unit and plow the resources into adopting and caring for a child with Down syndrome.  Melissa and Mark began to “discover all of the things they were holding on to ‘for Jesus.’” They moved to a low-income community where they are sharing and showing the gospel while furthering God’s kingdom with the money, resources and time that God has given them. Tom and Andy, who have never lived more than two hours from their hometown in Texas, moved to Prague where they are learning to “depend on Him to accomplish His goals – “spreading the gospel in one of the most openly atheistic countries in Europe.”

Dreher writes the following about his experience after the “Great Flood of 2016.”

Showing up in south Louisiana, whenever hurricane was coming, somebody would take out the cast-iron pot, make a big pot of gumbo, and after battering down the hatches, invite the neighbors over to eat, tell stories, make merry, and ride out the storm together.   This spirit ruled the response to the great flood of 2016. Men and women of virtue, the Cajun Navy, church folk and all others did not wait to be told what to do. They recognized the seriousness of the situation, and they moved.

From: Personal Ministry Updates
← What Comes Next and “Finding Your Broom” (Homily, 4th Sunday Ordinary Time)
Encountering Christ – Helping and Serving Others- 2 A Spiritual Reflection →
No comments yet