Encountering – And Wrestling With – Christ. Homily for Christ the King

In today’s reading from Exodus, we read: “I will rescue them from every place where they were scattered, when it was cloudy and dark. The lost I will seek out, the strayed I will bring back, the injured I will bind up, the sick I will heal.”  Matthew’s Gospel puts a fine point on it, seemingly threatening eternal damnation for anyone who does not reach out and help the least of the brothers and sisters.

Someone might ask, therefore, “How do I do this? What does it look like? Where do I do this?” One should not think that you need to travel to far-away places to bring lo 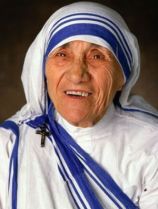 ve and care and help to others. Mother Teresa once said, “Love begins at home, and it is not how much we do… but how much love we put in that action.  So, in effect, she is saying that you don’t have to go to Calcutta to serve others. God put you where he put you to “be the rock” in your sphere of influence.

Story #1: A man in my Men’s Gospel study group lives by the dictum: “Eat half – wrap half.” He’ll often only eat part of what he has ordered in a restaurant and then wrap up the rest to give to someone he encounters on the street who might be hungry. One day, after getting off of the exit past the Walt Whitman and onto Front Street, he stopped by convenience store where he encountered a woman. Their conversation went like this:

She said ”no” and left. My friend said that he wrestled with that encounter long after that conversation.

Story #2: I woman in University City (let’s call her Jane) was approached by another woman who asked Jane for money to get something to eat.  Jane said, “Ok, come with me and I’ll get you something” and Jane made her way towards a local convenience store. The other woman then said, “I don’t want that. I want Boston Market.” Jane said “Ok” and, before they started towards Boston Market, the other woman called to three of her friends to join them. In the end, the people ordered so much food that Jane had to take out her credit card. She, too, wrestled with this situation. Yes, she willingly “fed the hungry,” but she said that she still felt like she had “been played.”

Story #3: I was once approached by a man in a West Berlin subway station. This happens a lot there and, since I am generous to a number of charities and causes on a monthly basis, most of the time I don’t give them anything. One time, however, a man approached me and told a rather compelling story. He also asked for a rather large sum of money which seemed to indicate that the story might be valid. I gave him the money and left the platform. I then turned around and returned, wanting to look at an advertisement in the station concerning a music concert. It was then that I saw the guy going to the kiosk – buying alcohol.

I was not pleased.

Months later, I just happened to see him again as he approached me at another subway. The “death look” that I shot him (before I could control myself) probably wasn’t my proudest moment. It still bothers me thinking about it as I “wrestle” with that incident. 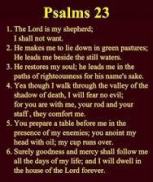 In today’s readings, in Psalm 23 we read about “restful waters” and “right paths.” Sometimes those paths don’t feel very “right” and we are not consoled by waters that feel restful. Encounters of Christ can come through Scripture, they can come through liturgy, they can some through serving others. Returning to Mother Teresa, She is also quoted as saying, “God doesn’t require us to succeed, he only requires that you try.” 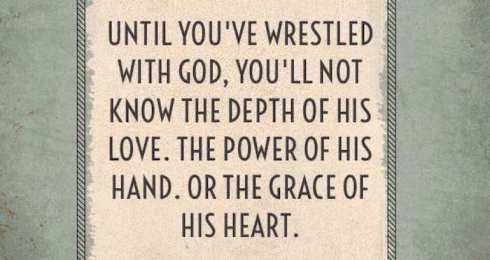 From: Personal Ministry Updates
← Is Your Life “Aligned?” Homily: 33rd Sunday Ordinary Time
Discernment – What Is Your Mission? – Part 5 – A Spiritual Reflection →
No comments yet