Marriage and Passing On the Faith: A Spiritual Reflection

Several months ago, the priests of the Archdiocese of Philadelphia met for a workshop. This was a one-day session of prayer, priestly fraternity, sharing of a meal and several break-out sessions on particular subjects.

This year’s topic was generally about the Sacrament of Matrimony and marriage preparation. However, the scope was much larger and more profound and the conversation was intentionally broader to include not only sacramental preparation but also the spiritual formation of all of our people. The addition of Regina Luminis Academy to our parish family and the recent completion of the Summer Religious Education program offers some background and a deeper context to this issue. 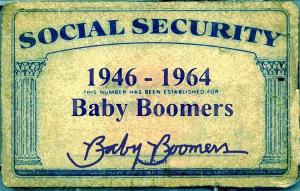 Archbishop Chaput provided a perspective. He commented that through the “Baby Boomer” generation, families basically “outsourced” religious education, sacramental preparation and spiritual formation of their children. This was mostly done through Catholic schools (many which were ethnically based) as well as “Confraternity of Christian Doctrine (or “CCD.”  Yes, that’s what those letters stand for).

With millions of Catholics hitting our shores for decades, this model worked effectively.  It must also be noted that family structure was stable, neighborhoods were strong and cohesive, religious and moral values were tied in with ethnic traditions, churches were centers of neighborhoods and, within family life, there was a relative homogeneous agreement concerning social values, morals and mores within the society.

All of this changed after the Baby Boomer generation, starting with the 1960s. Today this entire spiritual/religious system has collapsed and we are now facing a new paradigm. In a long-term st 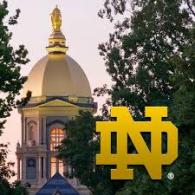 udy entitled the “National Study of Youth And Religion,” Notre Dame University looked at this phenomenon. They investigated such topics as Religion and Spirituality on the Path Through Adolescence; Portraits of Protestant Teens; Are American Youth Alienated From Organized Religion? Family Religious Involvement and the Quality of Parental Relationships for Families with Early Adolescents; Family Religious Involvement and the Quality of Family Relationships for Early Adolescents; Religion and the Life Attitudes and Self-Images of American Adolescents; Religion and American Adolescent Delinquency, Risk Behaviors and Constructive Social Activities. What Notre Dame found was that, in religious formation, parents are now the “meaning makers” of their children. The Notre Dame study found that not only do parent’s statements, attitudes and practices concerning religious, faith and the church have a HUGH IMPACT, this is more the case now than at any other time in US history. Thus, parents are the new “pastors” – for better and, unfortunately in many cases, for worse.

We live in an age where pluralism and the pull of the secular culture have presented the church, religion and spirituality as just one “option” among others. The way parents live their faith clearly indicates the norm to their children. If Mass attendance (and reception of the Eucharist and Confession) is casual and infrequent, if a disciplined prayer life is non-existent, if the church is merely an “activity” (and an inconvenient one at that) and not a foundation to a deeper relationship with Christ, then no religious education program, no youth program/youth director, no pastor can hope to build a spiritual and religious foundation in the children.

Incidentally, this also applies to marriage as well. If the foundation is not there, no marriage preparation is strong enough to spiritually help a couple in the marriage-after-the-wedding. As a pastor, I can only hope to pick up the pieces, offer advice and counsel and point them towards Christ, the Church, grace and the sacraments when they show up in my office when the marriage starts crashing. In cases like that, I’m only doing triage since they abandoned the Lord and His grace for years. They can recover, but the process is VERY hard and can take years.

Nevertheless, we are also seeing a noticeable counter-movement in the Catholic Church and other faiths as well. I regularly see young parents with strong spiritual beliefs and attitudes who consistently and regular attend Mass. They integrate personal spiritual practices such as prayer and Scripture in a disciplined way in their life. They have the practice of serving others in neighborhood activities, volunteer organizations, the poor, Scouts or civil office. In such cases, the children develop a strong relationship with Christ and grow in their faith.  In such cases, religious education programs, sacramental preparation and youth work become a structure that is built upon the foundation of the parents’ lives. The synergy can be quite effective, exciting, hopeful and fun to watch.

The Catholic faith is being besieged on all sides. In the Archdiocese of Philadelphia, 10,000 Catholics are leaving the church each year. Parents no longer have the luxury to say the words “My child goes to Catholic School.” or “My child attends Religious Education and goes to youth group every week.  It doesn’t count – because it doesn’t matter. The religious formation of children can no longer be out-sourced. Parents can no longer say “I went to Catholic School. My parents and grandparents went to this parish for years.”  The temptations of the flesh, the power of Satan and the pull of secular culture is too strong for you to rely on a religious formation that stopped in 8th grade or high school or college. Religious formations of parents can no longer be taken for granted. You won’t make it – and your kids are watching what you say and what you do.

We need new models. We need new styles and approaches. Parents, in fact all Catholic adults, need to be able to support and state their beliefs in a way that is clear, articulate and compelling. I have been very impressed by the wealth of materials, programs, initiatives, foundations and intentional family religious movements that have

recently appeared, many only within the last 10 years. I am extremely encouraged by the witness and engagement of young parents and senior adults who are making things happen. As one person recently commented, “They’re annoying. They’re making messes. They’re doing too much, doing it too differently and doing it too fast. BUT, I am absolutely convinced that (he/she) is in touch with the Holy Spirit. Everything that they do, is done on the prompting of that same Holy Spirit and, in that regard, I think that it’s anointed. She/he is doing God’s work. I guess we better just strap in and hold on for the ride.”

From: Personal Ministry Updates
← Homily for the 14th Sunday in Ordinary Time
Richard Wright Elementary School – The “Support of Art” Project →
No comments yet