Fraternity and the Fight for Healthy Unity: Notes from Philadelphia Priest Convocation (3rd of 3) 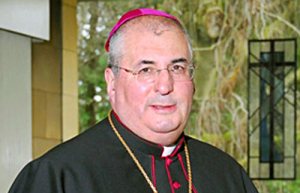 Over the past few weeks, I have been relating some thoughts from Archbishop Philip Tartaglia, the Archbishop of Glasgow, Scotland. He was the keynote speaker during a recent “Convocation of the Priests of the Archdiocese of Philadelphia” held in Hershey. Archbishop Chaput, the other auxiliary bishops and about 250 priests from around the archdiocese met for three days of prayer, liturgy, fellowship, food, relaxation, refreshment and talks. Archbishop Tartaglione spoke on “The Vocation of Priesthood in Modern Society.” Much of what he discussed was relevant to all Catholics as he provided insights into faith in a skeptical world, the Church’s view of the human person vs. the world’s view as well as technology, connections and relationships. This week I conclude with the archbishop’s thoughts on Fraternity and The Fight for Healthy Unity. 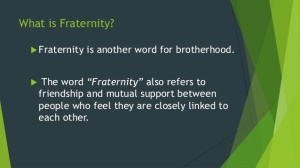 “Priestly unity” has evangelical power. Parishioners know when priests in the rectory are getting along – and when they are not. This excites or depresses the faith of the parishioners. Thus “priestly fraternity” is not only a nice idea, it is critical to the faith of the parish and the spiritual health of the parishioners. However, considering the challenges facing the Church in general and priests specifically, what used to be presumed concerning priestly fraternity must now be intentional. Fraternity must be sought out and cultivated deliberately. 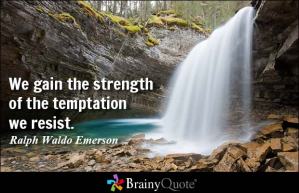 As demands on priests are increasing, temptations are increasing as well (By the way, this does not only apply to priests. This “stress-leading-to-temptation” is a huge issue for married couples as well). Increased stress demands looking at an intentional set of pastoral and spiritual weapons to fight the enemies trying to open the door of temptation. Since “grace builds on nature,” the first weapon is proper rest.  Pope Francis spoke about this, in fact,  at the 2015 Holy Thursday Chrism Mass  (http://m.vatican.va/content/francescomobile/en/homilies/2015/documents/papa-francesco_20150402_omelia-crisma.html ). Nevertheless, the Pope does offer a cautionary note. Seeking and procuring rest and recreation however and whenever we please are not “proper rest.” (As in, “But honey…watching 5 football games each weekend helps me to relax. Even the Pope said we should relax.”).

A second “tool” is to “cultivate a culture of community.” Christ emphasized a simple life. St. Francis, St. Dominic, Mother Teresa and others took it on as a way of life for their entire communities. This includes not only simplicity concerning things but also simplicity concerning people. No one can live simplicity “alone.” Simplicity has to be constantly and consistently examined and evaluated to make sure the “simple” person is doing it for proper motives. Simplicity can sometimes be tied in with pride (“Look how simple and holy I am.”). Simplicity in one area of someone’s life can also be “used” by that person to give permission to be extravagant in other areas of their life. (“I have so little furniture so it’s ok to eat out in the most expensive restaurants every week”).

Why is this so hard? Why is this so difficult? Why don’t we do this? Bishop Tartaglione offered several reasons. First, we say “we don’t have time.” If we say that we’re too busy to avail ourselves for the other, then we’re too busy. We need to rearrange our priorities and schedules. This applies not only to priests but also to spouses, children, parents and friends. 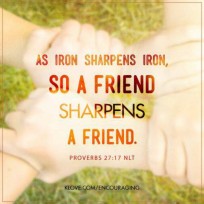 Second, there is a fear of being challenged by other priests. As we read in Poverbs 27:17, “As iron sharpens iron, so one person sharpens another.” We don’t want to change. We’re comfortable where we are. Community has the risk that others, who truly know us and love us and want us to be the “best versions of ourselves,” might actually hold us accountable. In his book The Unity of the Church, (then Cardinal) Ratzinger once wrote, that, “The avoidance of conflict must not be seen as the highest pastoral value. Faith can demand conflict for the sake of truth and love.”

Third, “brotherhood – is greater than fraternity – is greater than friendship.” Fraternity calls us to go out of ourselves toward people “not like us.” We might not like certain priests, their dress, their style, their liturgical approach. We might not like certain types of people, yet “fraternity” calls us out of our comfort zone to begin to move towards them. 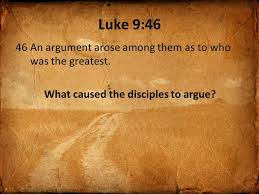 Fourth, when in the company of others, we sometimes experience the fear and pain of being seen as inadequate. “I want to be great!” Excellence is a good thing. But then there’s “Fr. Wonderful” (or husband, or wife, or mother or dad or ….). This is certainly not unusual, even for the Apostles! Look at Luke 9:46 – “An argument started among the disciples as to which of them would be the greatest.” Unfortunately, comparisons lead to discouragement and frustration. Only one priest comparison is valid: comparing yourself to Christ. As one bishop said, “All others are imposters.” 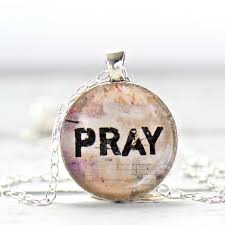 Ok, how do we move from “principles” to “action?”  First, pray for each other –  intentionally and by name. Second, pray with each other. If someone asks for your prayers, say a prayer with them at that moment. If you are not comfortable with spontaneous prayer – fine. Tell them, “Let’s say. An Our Father or Hail Mary about it right now.” You will be amazed at the power of that moment, the impact it will have on the other person and the blessing that would be bestowed on you. Third, make time for another. This doesn’t necessarily need to be a long,  personal visit. An email or a brief phone call will often not only suffice, it will have an anointed character and bless the person with a surprising amount of power. Concerning phone calls, any call to you should receive a response first and soon. Fourth, special attention should be given to those in need – our weakest. Fifth, don’t be afraid to ask for help. Archbishop Tartaglia reminded us that priests are merciful. When we reach out to another for assistance, we find that we’re not the only ones struggling with an issue.

Tartaglia spoke about the delicate issue concerning “fraternal correction.” This applies not only to priests but to spouses and good friends as well. First The Archbishop admonished us not to speak with other priests about other priests. Be silent about each others’ shortcomings. Second, when offering some kind of correction, speak to the priest directly and remember to admonish discretely. A person’s name and reputations is as stake. Also, don’t be offended when receiving fraternal correction.  In fact, look for opportunities and a forum to seek it out from a loving and trusted brother or sister on a regular basis. Here there is an ocean of grace and mercy. Perhaps meet in a small group on a regular basis (married couples, moms and dads could do this as well).  It affords the opportunity for quality time to include shop talk, elevated topics, uplifting, lighthearted conversation and prayer. 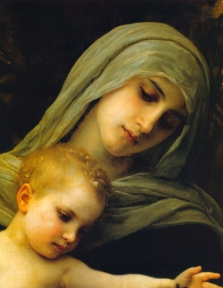 As a final piece of advice, Archbishop Tartaglia encouraged us to appeal to Mary. As he said, “She knew – quite well – the positive and negative traits of her son’s buddies.”