Religious Skepticism And Why The Church Still Matters. Notes from Philadelphia Priest Convocation (2nd of 3)

Former Senator Patrick Moynihan once said, “You are entitled to your opinion; you are not entitled to your own facts.” The age in which we live has tremendous reliance on,  and faith in, science, technology, “evolution” and empirical data…. sometimes. We also live in an internet age where “opinions” are too often presented as “facts.” Thus we live in a hyper-skeptic society. As if this wasn’t challenging enough, this skepticm of another person’s facts/opinions can often lead to hostility.

Last week I introduced Philip Tartaglia who is the Archbishop of Glasgow, Scotland.  He recently spoke to the priests of the Archdiocese of Philadelphia about “The Vocation of Priesthood in the Current Age.” What struck me was the relevance of his insights on priesthood to marriages and, in fact, any important and meaningful relationship – even a relationship with God. Last week I wrote about the archbishop’s ideas on “The Consecrated Life, Holiness and Being ‘Set-Apart.’” This week I relate his thoughts on Religious Skepticism And Why the Church Still Matters.

Besides a general skepticism of practically everything, Bishop Tartaglia also pointed out three other items that challenge the Church, its teachings and its attitudes toward long-term, committed relationships (like priesthood and marriage for example). The second one is “consumer appetites and attitudes. Pope John Paul II and Benedict XVI often referred to a “throw-away-culture” as an aspect of the “culture of death” reflected in the Church’s teachings against contraception, abortion and euthanasia. Archbishop Tartaglia says that this “throw away” attitude is also reflected in people’s approach towards relationships.  “Friends-With-Benefits” is great! Meet them. Use them. Toss them. No commitment – no problem.” (Yeah, right). Is your spouse/partner not “fulfilling you” or is marriage not what you expected, bargained for or signed up for, get a no-fault divorce. This is also reflected in people’s attitudes toward faith, parishes, religion and God. People don’t like the parish preacher, preaching, decor, temperature, music, (… yada yada yada…) go find another “you like.” God not doing what you want, don’t do the God thing or be “spiritual and not religious.” Not many will challenge you in your decision. 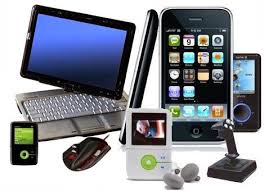 Technological assimilation is a third.  People have never been more “connected” via technological devices and networking. How many friends does a person need to have before they feel that they are really “liked?” Nevertheless, deep and meaningful relationships seem to be illusory.

Finally our faith is challenged by general antipathy to the Roman Catholic Church’s teaching on sexual mores. The contemporary worldview in “The West” is heavily rooted in a secularism which is reflected in a strong emphasis on individual  autonomy and personal choice. This idea emerged in the 1600, the Renaissance and Age of Enlightenment but has found it full flowering in the “post-Christian” era. People are disinclined – even loathe – to let someone (or something like a church) tell them what they can and cannot do, say, think or believe. The archbishop says that this goes well beyond the old-fashioned “no popery here” attitudes following the Reformation  and reflected in the “No Nothing” anti-Catholic riots in Philadelphia. The 1960-70 atheists and secularists might have been anti-catholic, anti-religion in their anti-establishment attitudes, but they were at least tolerant of religious practices. Today, so-called “justice and equality” issues are the front line and “tolerance” has given way to “conformity”. The “catch” is that the “truth” about these matters are determined by groups of individuals who target ‘non-conformists” as haters or bigots regardless of whatever “science” is presented as a counter arguments. In other words, the Church finds itself in a war against the meaning of human anthropology and what does it mean to be a “human person.”

What are the strengths that the Roman Catholic Church brings to this discourse? Consider St. Augustine (remember him?). 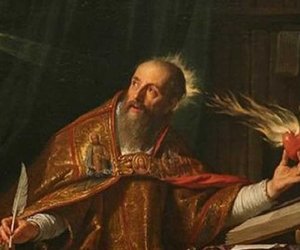 The Church was being attacked. Skepticism about the Church’s teaching was rampant. Heresies had powerful supporters in business, politics and the military. Barbarians were at the gates (sound familiar?) Yet, Augustine  stayed, fed and loved his people (even when they didn’t love back) in the midst of a world falling apart.  Like then, Christianity today is still a living and powerful force! It might be attacked – but it cannot be ignored.  In the midst of this environment the Church is not called to hide behind the wall but is called to be part of the great political discourse. Therefore, the Archbishop said that the world sees the tremendous force of American Christianity fighting for freedoms, law, resources, creativity and talents. This is especially contrasted to Europe where lay leadership in the church seems to have been abdicated.

Nevertheless, Archbishop Tartaglione also mentioned areas in need of renewal in the Catholic Church. Belief of the supernatural is waiting and being questioned. Anything not tangible (that can be seen touched, felt, measured…) is disavowed as being “unscientific.” Thus, Christ is merely a good ideal that “can” be followed if you choose to do so. Ironically, chronic sentimentalism and emotions, and not scientific, data driven analysis and discernment, are driving people’s lives and their decisions. Religious moral arguments are lost because Catholics simply do not know their faith on any deep level. They have not been taught how to counter modern arguments against their faith and so they are not engaging and entertaining healthy conflict and compromising solutions.

In closing this topic, Archbishop Tartaglia said that “The media has hammered the church for 15 years, yet the church hasn’t wavered. Catholics are complaining but they’re staying even if the “touch is light.” In particular, Philadelphia is known worldwide as central to the Roman Catholic church in the United States. The World Meeting of Families underscored this.” Referencing Pope Benedict …the Church has been in a winter season – and it has been a long one! Nevertheless signs of a springtime are in evidence. 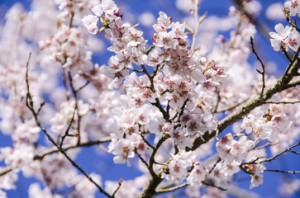