In the First Reading from the Acts of the Apostles, what does Philip encounter when trying to tell others about Jesus? Unclean spirits, the possessed, the crippled, the paralyzed. How could we interpret these scriptural references? I see two ideas with two levels:

On Saturday, twenty-six-year-old Matthew Brody, a Philadelphia native, and 41-year-old Brian Connolly, of Lafayette Hill were ordained priests for the Archdiocese of Philadelphia.  I would imagine that at some point, after the honeymoon phase is over, they will be like Philip. Unclean spirits, the

crippled, the possessed and the paralyzed (we call these people “parishioners”) will be coming to “Father” asking for stuff for him to do or say or solve. I would imagine that these two men will say to themselves (like Philip probably did), “Now, what am I supposed to do?

They are also ordained in a church that not only looks radically different than that of their parents, and certainly their grandparents, it’s a church that is also changing rapidly. Consider a recent article:

While globally the Catholic population is growing at an unprecedented rate, in the West nearly four times as many adults are leaving as are entering the Catholic Church. Moreover, and somewhat shockingly, the research of Sherry Weddell also suggests that the best guarantee of a baptized Catholic regularly attending church in adulthood is through becoming a Protestant! [1]

God has no grandchildren. Traditional Catholicism was something culturally passed on from one generation to the next through some kind of “spiritual mediator.” This was by means of childhood catechesis, sacramental initiation, Catholic schools. If they left, parents and relatives would say, “Well, the Eucharist or coming to the church to get married or the desire to have their kids baptized will bring them back and (implied) this will grab and hold them.”

This is no longer the case. In the modern world, catholic school educated individuals appear no more likely to remain committed Catholics than their secularly educated peers. Weddell writes that, “In the 21st century Cultural Catholicism is dead as a retention strategy because God has no grandchildren.”

But this also presents a tremendous opportunity. But Today’s opportunity means that a change of strategy is required, pursued by a handful of committed men and women at the parish level. In the 21st century we have to foster intentional Catholicism rather than cultural Catholicism”[2] It’s time to stop brushing the problems facing our church under the carpet, passively hoping God will “sort it out” and that the faith and traditions of our ancestors alone will carry us through this “rough patch”. We only have as long as we live to win our generation for Christ and turn the tide of Catholicism in our country.

What is the solution? It’s mentioned in the passage: First was prayer. Next the people received Baptism which indicates a reception of the sacraments. This could also include Confession and the Sacrament of Anointing and certainly regular reception of the Eucharist. Finally, the “Laying On of Hands” is mentioned. This symbol often means a conferral of power, offering people not only a sacrament, but also a bestowal of a mission and a purpose as well.

The Scriptures from today also offer assurances to our new priests – and us as we try and reach out to our less than fervent children, grandchildren, brothers, sisters and neighbors. “I will not leave you orphans; I will come to you. The Father will give you another Advocate, the Spirit of truth, to be with you always.”

So let’s circle back to the people Philip encountered.

Trust: The person has a positive association with Jesus Christ, the Church, a Christi

an believer, or something identifiably Christian or at least they don’t dislike, distrust or hate the Catholic Church. Their faith is totally passive and will need some kind of bridge to move them forward in their faith.

Spiritual Curiosity: This person is intrigued by Christ or desires to know more about Jesus, his life, and his teachings or some aspect of the Christian faith. But, the faith is still essentially passive and this person is not yet open to personal change.

Spiritual Openness: This Person acknowledges that he/she is open to the possibility of personal and spiritual change but is not a commitment to change. They are merely considering the possibility of change. This is one of the most difficult transitions for a postmodern semi- or nonbeliever. 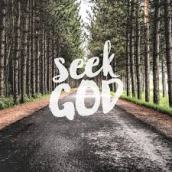 Spiritual Seeking: Spiritual “dating with a purpose!” The person moves from passive to active seeking to know the God who is calling him or her. The seeker is engaged – for a
time period – in an urgent spiritual quest, seeking to know whether he or she can commit to Christ in his Church. At the end the person often becomes a more fervent believer or leaves altogether.

Intentional Discipleship: decides to “drop the nets” and “put into deeper water” (Luke 5:4). They make a conscious commitment to follow Jesus in the midst of his Church as an obedient disciple and to reorder one’s life accordingly.

According to Sherry’s research, most parishes are probably between “Trust” and Curiosity.” Since anywhere between 60% – 80% of registered parishioners rarely attend Mass, many of them have not even reached the “Trust” threshold.

So, like Philip and the new priests, we will overwhelmingly encountering Catholic who are in the very beginning stages of a spiritual journey. What do you say to someone ….. in pre-trust, trust or curious phase?

First, “Whoever loves me will be loved by my Father, and I will love him and reveal myself to him” (John 14:21). God know you and knows them. If He provides the meeting, He will provide the message.

Second, you have to break the silence and say something!  look at the Scriptures, specifically 1 Peter 3:15-18, “Always be ready, with gentleness and reverence, to give an explanation to anyone who asks you for a reason for your hope.

Third, Scripture Scholar Anne Osdieck mentions that, for many active Catholics, “Studying or reading or discussing are (their) only approaches to God.” Catechesis is the safe place where many people go. But people in the early stages are not ready for catechesis or information. What is needed, according to this reading is love that will impact knowledge and understanding in a friendly relationship? Pope St. John Paul II give us an indication:

To believe that the Holy Spirit is at work in everyone means realizing that he seeks to penetrate every human situation and all social bonds: ‘The Holy Spirit can be said to possess an infinite creativity, proper to the divine mind, which knows how to loosen the knots of human affairs, even the most complex and inscrutable.’ (St. John Paul II.) Evangelium Gaudium, 178

Finally, we must rely on prayer. Thus I close with a Parents Prayer For Their Children:

O Mary, mother of the Word Incarnate, who was chosen by God to bear the Son of Man and witness to His death on the cross, who knew on this earth both the joys and the pain of parenthood – hear the prayers of the parents who fear for the loss of faith in their children. Grant to us, as parents:

The gift of fortitude, that we may confront, in love, our children who are at risk of losing their faith.

The gifts of wisdom and understanding that we may explain to them that your Son has the words of eternal life.

The gifts of patience and counsel, that we may endure with them as they make life’s mistakes.

The gifts of piety and virtue that we may live a life worth emulating,

The length of years that we may continue to guide them in the path of your Son.

Grant to our children:

Committed teachers who will support us in our mission,

Faithful siblings who will protect and guide them when we have been called Home,

Godly spouses who will enliven and deepen the faith,

True friends who will ennoble their lives, Amen.We ask, through your intercession, that your Son touch our children with a faith so strong and rich that they will both embrace its wonders, and joyously pass it on to the generations to follow…Amen. 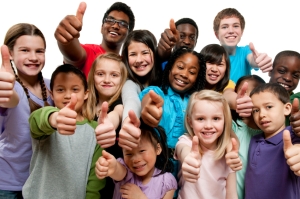