The 1st Sunday in Lent – The Homily

On September 30, 2007 four prominent atheists met at the residence of Christopher Hitchens for a private two-hour unmoderated discussion. The event was videotaped and titled “The Four Horsemen” of contemporary atheists. The event included:

Larry Alex Taunton is American author, columnist, contributor to The Atlantic, and cultural commentator based out of Birmingham, Alabama who serves as the Executive Director of Fixed Point Foundation, a non-profit dedicated to the public defense of the Christian faith. Larry was one of Chris Hitchens fiercest debaters and – on

e of his good friends.

They debated formally only once for hours at a talk in Billings, Montana, yet traveled together several times and even studied the Gospel of John together as Hitchens was dying of terminal cancer.  Taunton wrote about a book about his friend Christopher Hitchens entitled The Faith of Christopher Hitchens, The Restless Soul of the World’s Most Notorious Atheist. I found out about the book in an article written by Kevin Nelstead entitled “Lessons from the friendship between a Christian and an atheist.” Kevin blogs about science, the environment, and Christianity at The GeoChristian. He employed as a Natural Resources Specialist with a focus on Geographic Information Systems (GIS) and lives in the geological wonderland called Montana. In the article, Nelstead offered four insights about the relationship between Hitchens and Taunton:

What does this have to do with today’s Scripture readings? I know two people whom I call Patty and Stan. They are former parishioners and have kept in touch with me as good friends. They often take me out for sushi (…which Patty loves and Stan can do without. He’s a carnivore so we go to restaurants that also have a hibachi grill). It is quite common for Patty to say, “Take off your glasses. Let me see your eyes.” Why? I did their wedding several years ago and, like married couples, she knows that priests need friends that will be with them “in good times and bad.” She does the “eye exam” to see how I’m doing. 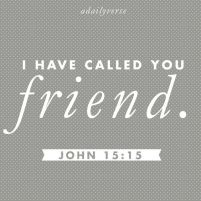 Any friendship with Christ will share the same four characteristics listed above. Although it’s complex, “friendship” is the relationship that Christ wants to have with us. (John 15:15 “No longer do I call you servants, for the servant does not know what his master is doing; but I have called you friends”). But just like we read in today’s Gospel, (Matthew 4:1-11), if we choose to have a relationship with Christ, your “friend” will take you into the desert. There He will speak to your heart and He deepens your grasp of who Christ really is- and who you really are.

The logical and moral implications of living without a relationship with Christ are frightening and can even be deadly. Ask any addict involved in a 12-step recovery program. Read James 5:19-20: “My brothers, if anyone among you wanders from the truth and someone brings him back, let him know that whoever brings back a sinner from his wandering will save his soul from death and will cover a multitude of sins.”

People are complex. Christ is complex. He won’t always give you want you want, but he will provide what you need. This can be especially challenging at times but he does it for a purpose – so that you can discover your purpose which inevitably involves helping others in need and to assist them in finding their destiny. Look at Proverbs 27:17: “As Iron sharpens iron, one man sharpens another.” 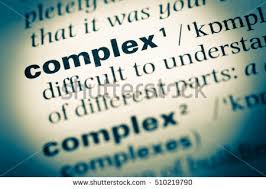 Relationships are important. People say, “I’m fine. I’m doing ok.” No – you’re not. And Christ, like my friends Patty and Stan and like any good friend, will not let you get away with that statement. Examine Proverbs 27:9: “Oil and perfume make the heart glad, and the sweetness of a friend comes from his earnest counsel.”

It is important to point people to a relationship with Christ. Ok is not ok.  Your life might be fine, but Christ doesn’t want you to stay there.  He wants to lead you into a bigger narrative and into a better story. 2 Corinthians 5:17 states: “If anyone is in Christ, he is a new creation. The old has passed away; behold, the new has come.”

In the First Reading from Genesis we read, “The Lord formed man out of the clay of the ground and blew into his nostrils the breath of life.” The Father formed us from clay. We are dust and to dust we shall return. But that same Heavenly Father sent Christ who re-forms us – whispers new life into us daily…

… often with the help of good friends.

From: Personal Ministry Updates
← Philadelphia Association of Church Musicians Conference
All Abilities Hoops 2017 →
No comments yet