Next Steps #2: “Searching for The Steeple” 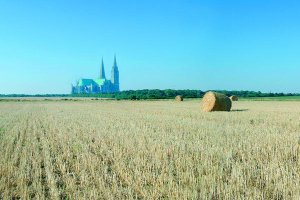 Last week I introduced Gabe Lyons and his book, NextChristians. In the book, Lyons showed how a new wave of believers are bringing gospel truth to bear on a changing, secular society. “Restorers” (as Lyons calls them) are informed by truth, yet seasoned with grace and love. Restorers approach culture with a different mentality by engaging the world by drawing it to the sensibility and authenticity of the Christian life.

Can St. Monica Parish be a parish of “next” Christians and change the negative perception of Christianity by living a life that is faithful to the Gospel, yet credible and coherent to our friends and neighbors? Are we called to be a parish of – not members – but restorers?

Greg Thompson directs New City Commons, an education and consulting team that seeks to support the church in its work of reimagining the common good, reinvigorating cultural institutions and renewing civic life. He holds an M.A. and Ph.D. in Theology, Ethics, and Culture from the University of Virginia. In a recent podcast entitled, A Way Forward – Six Practices Of the Church, Thompson asks us to imagine a women, living sometime between the 6th and 15th Century. She walks outside the door, throws a shall around her shoulders, picks up a traveling bag and proceeds down the road. Where is she going? Why is she leaving. The reasons could have been many. The plague was approaching. Warring factions sacked the neighboring village and she is fleeing to safety. She received news that her knight son has been captured or lost in the crusades and she goes to find him. Poverty has hit the area and she searches for work and a new future. 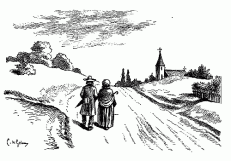 Whatever the reason, as she traveled down the road, her eyes would always be scanning the horizon for one thing. A church. Massive cathedrals like Cologne or Chartres were being built at this time and could be seen miles away. Even a small village parish would have a spire a topped with a cross that one could see as they approached. No matter, large or small, a church was a presence in a neighborhood – offering that “presence” in the midst of “absence” in a person’s live. Food instead of hunger. Legal advice instead of injustice. The beauty or art or music in a devastated world. Shelter from heat or cold. Direction instead of being lost. Comfort in the midst of sorrow or grief or worry.

Thompson says that he is concerned about the fact that our neighbors are still wandering, and that it’s the old wanderings of looking for a presence in the absence of justice, food, shelter and grace.  Yet we are now experiencing a new wandering.  There is deep ambivalence and confusion about nature of reality. Anxiety about the possibility of living together in a society.  Abyss of meaninglessness. Threat of political economic and technological power.  But as they wander they are not looking for us or the church. Then Thompson hits the zinger. He says that not only are they not looking for us – we’re not looking for them!

Church has an identity crisis where it has turned in on itself instead of looking out to its neighbor. The one community that was founded to be a presence is in danger of being an absence. A Catholic consultant said it this way, “If St. Monica disappeared tomorrow, who would miss it?” Some parishioners, Sunday Mass-goers, people who wanted to get married there, be buried there and have their kids baptized there – sure. Anyone else?

We can move forward with the hope that our labors are not in vain. How can St. Monica become a faithful presence of love in our time? We begin to answer that question by looking at six steps. Next week I’ll begin to outline Step 1 and Step 2 which deal with “beginning” and “building.”

From: Personal Ministry Updates
← The 2nd Sunday in Advent – The Homily
Christmas Assistance – A Spiritual Reflection →
No comments yet