Several years ago I read, NextChristians by Gabe Lyons. His original best-selling book, UnChristian, was written by him and David Kinnaman, the president and majority owner of Barna Group, a visionary research and resource company. Their study revealed the pervasiveness of our culture’s growing disregard for Christians and Christianity. Lyons had a gut-level sense that something was desperately wrong, and three years of research paints exactly that picture. Mosaics and Busters (the generations that include late teens to early 30-somethings) believe Christians are judgmental, anti-homosexual, hypocritical, too political and sheltered. In UnChristian, Kinnaman and

Lyons looked at ways in which churches’ actually may have been unchristian by where churches and parishes tended towards cultures of fortification (walling and protecting themselves from the world), domination (adapting and “us vs. them” attitude and attacking the non-Christian world) or assimilation (becoming so much like the world that no difference can be seen between the church and the world it is trying to redeem). Lyons and Kinnaman encouraged a return to a more biblical Christianity, a faith that not only focuses on holiness but also loves, accepts and works to understand the world around it. 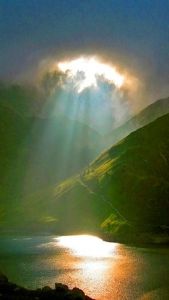 One “light” that Lyons noticed in the research was a recurring pattern of young people (and some slightly older) whose actions and activities were making a significant difference in lives, communities, programs and institutions. The contrast was so profound that Gabe Lyons undertook to write a second book about this phenomenon. In NextChristians: Seven Ways You Can Live the Gospel and Restore the World, Lyons showed how a new wave of believers are turning the tide by bringing the truth of the Gospel to bear on our changing, secular society. “Restorers,” as Lyons calls them, approach culture with a different mentality than generations past. Informed by truth, yet seasoned with grace and love, these believers engage the world by drawing it to the sensibility and authenticity of the Christian life.

Can St. Monica Parish be a parish of “next” Christians and change the negative perception of Christianity by living a life that is faithful to the Gospel, yet credible and coherent to our friends and neighbors?

To make his ideas a reality, Lyons has founded “Q.” Q is … well, to be honest. I’m not sure what it is. Q has a talk & podcast series on its website. Q is also sponsoring “something” next April in Nashville. Under the idea, “No Topic Is Off Limits; Everyone Has A Voice,” participants will experience thirty curated 9 or 18 minute talks, featuring the state of American culture and ways Christians can navigate the complexity of our changing society.

Q was birthed out of Gabe Lyons’ vision to see Christians, especially leaders, recover a vision for their historic responsibility to renew and restore cultures. Q was inspired by (Former Special Counsel to President Nixon and Prison Ministry founder) Chuck Colson’s statement, “Christians are called to redeem entire cultures, not just individuals.” Gabe Lyons set out to reintroduce Christians to what had seemed missing in recent decades from an American expression of Christian faithfulness; valuing both personal and cultural renewal (not one at the expense of the other) and re-educating Christians to this orthodox and unifying concept.

Lyons proposes doing this by focusing on the “Six Practices Of The Christian Church” over the centuries. 1. “Embracing the context.” Forget the past and nostalgia. We are here now. How do we love our neighbor “well” within this current culture? 2. Recovering Our Confession. Becoming reacquainted with what Christians always believed. 3. Insisting on human dignity. Our core identity is that we are all created in God’s image and likeness. 4. Cultivating virtue. Pursuing and integrating spiritual formation in our daily habits and carrying this into our relationships with other people. 5. Extending hospitality. Welcoming strangers into friendships that actually build community. 6. Reimagining our vocation. Ordering our work towards the common good.

Why this conversation? Ask yourself …. “Why am I here? What should I be doing?

Those are relevant questions especially this weekend as we re-open the church building after several weeks of renovation, repair, replacement and reconfiguration. It is certainly a time to celebrate and to thank the Lord for His goodness in allowing us to complete this project.

It is also the right time to reflect on where we go from here. Several parishioners have asked, in a humorous way, “Ok Father, what’s next?” It’s a good question. My answer, “I don’t know.” But there is a plan in place to discern and ask the Lord, “Ok, why are we here? What would you have us do?”

Next week, and in the following weeks, I shall begin writing about what I am hearing from parishioners concerning these questions, what I am hearing in my prayer life, and … who knows what else. Promptings of the Holy Spirit are funny like that. 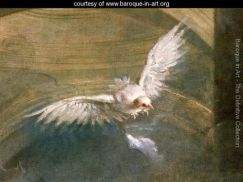 From: Personal Ministry Updates
← Christ The King – The Homily
Next Steps #3: Missing Parishioners: Who Are They? →
No comments yet