The 33rd Sunday in Ordinary Time – The Homily

What do you think I hear confessed the most in the Sacrament of Reconciliation? It is lack of patience. As a penance I often offer two items:

I ask people to go home, get out their Bible and read Romans 12:12 – “Rejoice in hope, be constant in prayer, be patient in tribulation.”

Then I ask them to pray four things:

Say these prayers after having read Romans 12:12 and see what the Lord says to you.

What strikes me about people who confess this is that they are honest, they are courageous, they are sincere – and they are struggling, with marriages, with children, with work, with finances, with health, with God, with themselves. 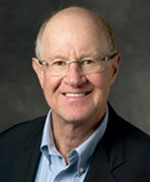 William Damon Is a Professor and Director of the Center on Adolescence at Stanford University. In his book, The Path to Purpose: How Young People Find Their Calling in Life, he mentions that apathy, anxiety, disengagement and cynicism can affect the “quitting rate” especially among young people. “the message that young people do best when they are challenged to strive, to achieve, to serve, fails to

address the most essential question at all: ‘For what purpose?’ or in a word, ‘Why?’” Thus Damon writes about the importance of purpose in young people’s lives and, without such a purpose, young people can simply “check out” or, they simply never “check in.”

Is there a more fundamental reason why young people quit? How about, “life is hard.”

We’re not only talking about youth here. Look at today’s Second Reading of Paul’s letter to the Thessalonians:

If anyone is not willing to work, neither let him eat. We hear that some are conducting themselves among you in a disorderly way, by not keeping busy but by becoming busybodies, minding the business of others. We command such people and urge them in the name of the Lord Jesus Christ to settle down and work to earn their own living.

It is easier to be a slob than an honest, hard working person of virtue, but that’s hard.

In the meantime, remember two things:

St. Nilus of Ancyra (+c.430) studied at Constantinople where he became a disciple of Saint John Chrysostom. He later founded a monastery near Ancyra where he exercised a wide influence, especially through writing. He is known to have written at least 1,061 letters and treatises on the preeminence of monks, monastic observance, and voluntary poverty.

A Commentary by Nilus of Ancyra: 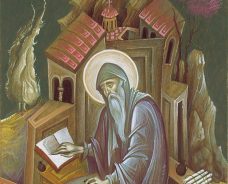 Your endurance will win you your life.

In time of trial it is of great profit to us patiently to endure for God’s sake, for the Lord says: “By patient endurance you will win life for yourselves.”

He did not say by your fasting, or your solitude and silence, or your singing of psalms, although all of these are helpful in saving your soul. But he said: “By patient endurance” in every trial that overtakes you, and in every affliction, whether this be insolent and contemptuous treatment, or any kind of disgrace, either small or great; whether it be bodily weakness, or the belligerent attacks of Satan, or any trial whatsoever caused either by other people or by evil spirits.

“Rejoice in hope, be constant in prayer, be patient in tribulation.”

The Lord loves you – and will continue to love you.

Look at last week’s Gospel reading from Luke 20:27-38. “ That the dead will rise even Moses made known in the passage about the bush, when he called out ‘Lord,’ the God of Abraham, the God of Isaac, and the God of Jacob.”

We can understand Abraham. He was the friend of God. He was the old and sterile man who produced 77 generations. This was the foundation of the Covenant.

We can understand Isaac. He was the proof of the promise. He was the miracle son that the elder parents thought they would never have.

What about Jacob, “The supplanter.” He is the one who is grabbing at his brother’s heel when they were both born trying to get his brother’s stuff.  He was a crook. He was a charlatan. He was a liar. This was the man whose name was later changed to “Israel” meaning “one who wrestles with God.”

Is there not a little of Jacob in all of us? 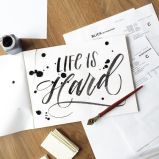 But, “Stand fast. By your endurance you will win your lives.”

Rejoice in hope, be constant in prayer, be patient in tribulation.

Trust in the LORD with all your heart and lean not on your own understanding; in all your ways submit to him, and he will make your paths straight. Proverbs 3:5-6

From: Personal Ministry Updates
← I Am A Church Member – the Homily
Forming Disciples Young and Old – A Spiritual Reflection →
No comments yet