The 5th Sunday of Easter – The Homily

Like today, last Sunday we had a group of young people celebrating First Holy Communion.  I went “Sesame Street” on them where last week’s homily “Was brought to you by the letter ‘C.'”  In other words, Communion is about Consistency, Community, Competition, Consolation, Care, Compass, Courage in the Face of Conflict and Cover. If you want to read or hear it, it’s on my website FrZlock.com, 4th Sunday of Easter.

This week we’re going to talk about BFFs and Dealing with Difficult Disciples. In today’s First Reading from the Book of Acts we read, “After Paul and Barnabas had proclaimed the good news to that city of Derby, they made a considerable number of disciples.  In the next sentence we read that “They returned to Lystra and to Iconium and to Antioch. There they strengthened the spirits of the disciples.

Now, although everyone is called to be a disciple, some disciples are rather difficult people. So how do you deal with those who are difficult? There are three levels to this: 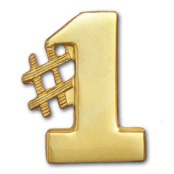 Now we might hear this and say, “Ok, that’s nice. I get it. I can agree with that.” But what does this look like in real life? Here’s a story:

A man, Jack, told a story of a situation between him and a neighbor.  This neighbor had filed a lawsuit preventing Jack from doing some construction on Jack’s own property. The lawsuit was nasty and long, it had gone on for 10 years.

Jack was in Rome recently and he wanted to visit the Cathedral Basilica of St. Paul Outside the Walls in order to walk through the Holy Doors during this year of Mercy. While he was there he went to confession and told the priest there about the situation.

Jack said, “I forgive him Father.”

The priest said, “Yes, but do you love him?”

Jack said, “Look Father, in my company we have a concept, “Crawl-Walk-Run.” I’m in the walk phase with this guy right now.”

The priest replied, “Yes, but do you love him? Something is deep inside this guy that is making him act this way and it is dark and ugly and painful. Can you pity that pain in him? Can you pray and love that in the midst of all of that?”

Jack said, “Father, when I think of this guy it makes me sick to my stomach. Saying it is easy, doing it is hard.”

The priest said, “This isn’t hard, this is IMPOSSIBLE! On a human level, you will never be able to do this or at least you can’t do this consistently on a long-term basis. You can only do this with Christ.”

I close with two relevant Scripture passages. The first are the words of Psalm 37:

Don’t be angry because of those who do evil,

do not be jealous because of those who commit evil.

Trust in the Lord and do good. Dwell in the land and feed on faithfulness.

Delight yourself in the Lord, and he will give you the desires of your heart.

Commit your way to the Lord; Trust him – he will act.

He will bring forth your good deeds as a light, and your justice as the noonday sun

The Lord knows the day of the blameless, and their inheritance will last forever.

They will not experience shame in times of trouble; in times of famine they will have plenty.

We also read in today’s Second Reading from the Book of Revelation, that young people who just received first Communion are called to bring about “a new heaven and a new earth.” The can do this within the scope of their own lives, at school, as members of their sports teams, in the activities in which they participate, in their families. Naturally not only our young people, but all of us are called to do the same.

The audio version of the homily is provided here:

From: Personal Ministry Updates
← Aquinas on Sadness – A Spiritual Reflection
The Sixth Sunday of Easter – The Homily →
No comments yet