The 2nd Sunday in Ordinary Time – The Homily 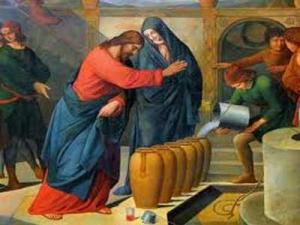 Traditionally the list of the seven “Gifts of the Holy Spirit” can be found in Isaiah 11: 2-3.

Four of them are gifts for the mind:

Three of them are gifts for the heart or will: 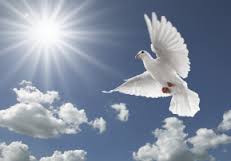 A person who has the Holy Spirit dwelling in him has the Lord intimately united with him. That is why love is the first fruit of the Holy Spirit. Joy follows, because a person is joyful in the Lord’s peace comes next because if you are your beloved’s and he is yours (Song of Solomon 2:16), then you can relax and be at peace. With a tangible experience of being loved, you find it easier to love others. This, combined with a joyful spirit, allows you to have patience and long-suffering too. The hard things of the world, and the difficult people in the world, are easier to endure.

These ordinary gifts are like the roots of a great tree in the soul of a person. They nourish the soul, they result is a person who is flourishing – thriving, and not merely surviving which leads to the person being fruitful for the Lord.

Now, we might not feel like we’re thriving. We might be asking ourself, “What’s missing? What am I doing wrong?” Maybe nothing. In the midst of this “crisis” maybe you’re doing everything right and are exactly where the Lord wants you to be.

Let’s connect the Gospel to experience:

Not only does Jesus change water into wine, but he transforms his disciples as well:

And so, according to Jesuit father John Foley, “water turning to wine” is a wonderful image of people who are fresh out of hope and need to drink of a new promise and its mystical and refreshing satisfaction.

But, you can’t sit passively by and think that Jesus is simply going to take over your body and your situation and you life. There might indeed be some things that Jesus wants you to do. There might indeed be some things that Jesus – with His help and His grace – wants you to change. And this demands a decision on your part. This brings us to John’s Gospel today. We suspect, that, when writing the material, the author of John’s Gospel used a source consisting mainly of miracle stories of Jesus. The genre of writing accounts of miracles is called

“aretalogy.” Aretalogy’s purpose was to use a series of stupendous miracles to convince potential converts that Jesus was the Messiah. It was therefore “missionary writing” designed to convert Greek-speaking Jews to Christianity.

The aretalogist wrote at an earlier time that the author of John’s gospel and so the evangelist took these stories and incorporated these miracles into his gospel – but he used them for a different purpose. The author wrote at a later time when Christians had been expelled from the Jewish synagogues. Thus, the purpose of the Gospel of John was not to convert but to force a decision upon Jewish Christians who were concealing their faith in order to avoid expulsion from the synagogue. In this way he sets before his readers the purpose of Christ’s coming into the world—to bring about, what is called in Greek, a krisis, forcing these Christians to make a decision between light and darkness, truth and falsehood, life and death.

Christ might have us in a state of crisis for a reason. Here’s an idea. Maybe Christ has you in a crisis, NOT that you would look for Him, but that He might find you! The message might be, “Stay where you are. Don’t move. I’m bringing the blessings to you.”

Remember earlier I said that the Gifts of the Spirit are like the roots of a great tree in the soul of a person? They nourish the soul; The result is a person who is flourishing – thriving, and not merely surviving; they lead to the person being fruitful for the Lord. This often happens when we are at our weakest! As St. Paul relates in II Corinthians 12:10 ……. “When I am weak, then I am strong.” 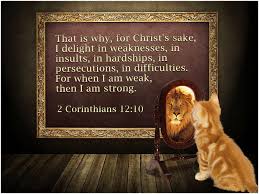