Catholics And Finances Part 4 of 4 – A Spiritual Reflection

In the June 2005 issue of Philanthropy Magazine, author George Weigel recounts that almost 30 years ago, sociologist Andrew Greeley stunned just about everyone (including his fellow-Catholics) by reporting that Irish Catholics were second only to Jews in levels of educational and economic attainment among American ethnic groups. And the Irish weren’t alone among their high-achieving Catholic brethren. Thus, in a predictably American way, Catholic wealth in recent decades has begun flowing to foundations dedicated to Catholic causes. As Dr. Francis Butler, president of FADICA (Foundations and Donors Interested in Catholic Activities), has noted, Catholics “are forming community foundations and setting up trusts rather than just turning over their money to their dioceses. This is the wave of the future for Catholics.” Weigel w

rites about three “imperatives that ought to shape the new Catholic philanthropy in the early twenty-first century.”

Many Catholics now sense that they’re combatants in a “culture war.” What the new Catholic philanthropy must grasp is that the culture war is, at bottom, a war of ideas. This war has to be fought by idea warriors, deployed in those places where elite opinion is molded and shaped. In this way, conscientious Catholics of faith, with both influence and affluence, can begin leveraging cultural change by changing and affecting the debate on an issue through tactical, focused Catholic philanthropy. 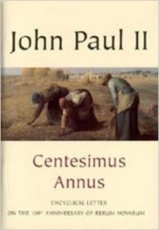 Catholics must reconsider any nostalgic loyalty to many Catholic institutions and places of primary, secondary and higher education that simply are not what they were when the philanthropists were in school. Is it wise to financially support colleges, universities, Catholic institutions and foundations whose behaviors, policies and/or philosophies are not in line with the teachings of the Catholic Church? Are Catholic social welfare charities too closely tied to, and dependent upon, government? Are Catholic charities suffering from the inefficiencies that usually accompany bureaucratization and centralization? How can Catholic charities and social welfare agencies better implement Pope John Paul II’s strategy of empowering the poor, laid out in the 1991 encyclical Centesimus Annus? These questions will strike some as rude, but they are also necessary if Catholic giving is to properly steward the Church.

Catholic philanthropists might well consider forming new alliances with like-minded donors to achieve common strategic goals like the reform of Catholic higher education, Catholic welfare agencies, or the advancement of a culture of life in critical public policies. These alliances need not be formal or highly structured (See, for example, The Gesu School in Philadelphia).

In addition, new approaches, resources and initiatives are being developed to connect institutions, grant makers and initiatives with people interested in investing or financially supporting worthy Catholic causes while providing better credibility to philanthropists through “best practices” and transparency.

For example, in 2014, the Pope called treasurers of religious institutes and congregations to meet in Rome for a two-day summit on the delicate issue of how to manage financial resources. Under the theme: “The management of the ecclesiastical goods of Institutes of Consecrated Life and Societies of Apostolic Life, for the service of humanity and for the mission of the Church,” the Pope stressed the importance of a healthy management of financial activities and the need to address the problem of redeveloping or reconverting buildings that are barely in use because of the drop in vocations.

On a smaller scale, many nonprofit organizations and good causes need as much information as possible to insure that their grant seeking appeals are prepared, targeted appropriately and effective. Thus, for example, the Catholic Funding Guide is a sophisticated source of information on carefully researched, edited and published networks of private funders, provided in order to match philanthropists with Catholic causes. 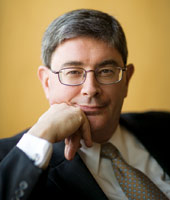 Weigel closes with the following: