The 26th Sunday in Ordinary Time – The Homily 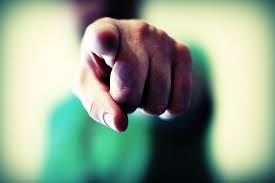 Who are the new Eldad and Medad? Could it be YOU? 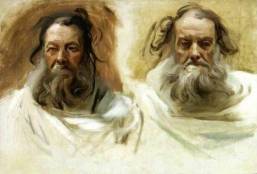 St. Vincent de Paul was born in 1581 near Gascony in southwest France.

He was born to a peasant family and was considered a highly intelligent youth. Vincent spent four years with the Franciscan friars getting an education. He began divinity studies in 1596 at the University of Toulouse. He was ordained at age 20.

Taken captive by Turkish pirates to Tunis, and sold into slavery, he was freed in 1607 when he converted one of his owners to Christianity.

Returning to France, he served as parish priest near Paris where he started organizations to help the poor, nurse the sick, find jobs for the unemployed, etc. but was also appointed Chaplain at the court of King Henry IV of France. 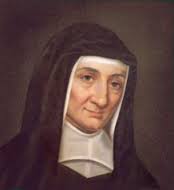 He was a scholar, slave – priest, pastor – founder, manager – chaplain to the monarch, confessor to the marginalized. That’s quite a resume. He certainly had formidable natural talent and skills. These were honed at home, in the academy’s not his vocation, at work, in a crucible of suffering. In this respect, the natural “gifts” were transformed into SUPER-natural “charisms.” 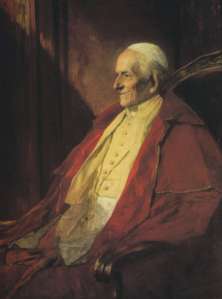 At Independence Hall, Pope Francis quoted Pope Leo XIII in his conversation with Katherine Drexel. After Katherine complained to the Pope, that not enough was being done to assist the poor and marginalized in America, the Pope responded: “Ok, what about you? What are YOU going to do about it?”

I worry a bit about PPSD or “Post Pope Stress Disorder.” Pope Francis comes to Philadelphia, he fires up the parishioners in Berwyn, they come forward with LOTS of motivation and enthusiasm and ideas. And this is great. It’s terrific! But then,

Second, they get frustrated and discouraged:

Pope Francis – and I are looking for new Eldads and Medads and Joshuas. Could it be YOU?

How do you know if you are?

Sherry Weddell: The most wonderful thing that has happened in the 10 days of Pope Francis’ pontificate as far as I’m concerned is Pope Francis “shattering-the-categories” of Traditionalist”/”Neo-Catholic”/”progressive” ecclesial wars. New wine skins are being called for. So determining your “charisms” is related to your call and mission here at St. Monica. This questioning process will: