The Second Sunday of Advent – The Homily 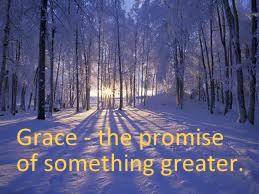 So people are watching and looking around and then, in the Scripture readings for THIS week, John the Baptist appears on the scene. So the people, who were watching, go to him thinking that he must be the one they were watching for. But then he says, “I’m not the one!” Keep watching. (“Ugh! This is frustrating! How much LONGER do I have to watch?“)

So if John the Baptist is NOT THE ONE, what’s his purpose?

John is about grace, or as one women recently put it – “The promise of something greater to come.” 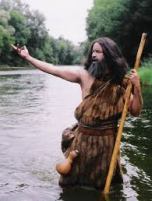 I think that religious art sanitizes The Baptist. In that regard, I think that this is one place where Hollywood has really gotten it right. In the movies, John the Baptist isn’t like a star on some survivalist show featuring Bear Grylls, Mike Marchor, Les Stroud carrying North Face packs and wearing Gor-Tex. Hollywood depicts The Baptist as an absolute – raving – lunatic. Eating wild honey, not MREs, wearing animal skins, not Patagonia.

Imagine the scene today. People around Philadelphia are saying, “Hey, have you heard about that guy down at the Schuylkill River screaming at people? He’s – like – totally CRAZY! We gotta go down and see this nut case.” So they go … and they see the guy they think is nuts. And he IS NUTS!

And then they listen to him. And they begin to listen, but to HEAR what he’s saying. And there’s something about the message …..

Why did John Paul II’s message resound so much with young people. Have you even tried to actually READ John Paul II? He was a philosopher. He wrote about “existential personalism” and “phenomenology.” His writings could be incredibly dense … and they’re often LONG too. People who knew him when he was younger say he was as far from charismatic as possible. He was a BORING professor. 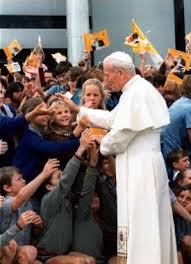 So why did so many young people come – from literally around the world – to see him? Why did they even bother to listen to him? Was it merely “star appeal?”

Part of it was integrity. He was genuine. He lived what he preached; he “walked the walk.” Beyond that, St. John Paul II himself gave the answer – “It was the Holy Spirit.” Even he knew that something happened after he was elected Pope in his person and his persona changed. So when he challenged the young people in the world, when he told the truth, when he held them to a higher standard – they listened. God Himself was speaking and talking to young hearts and minds – especially in the repressed countries of the former Soviet Bloc – about a good place, a better place.

Like I mentioned earlier said, “It was about grace – the promise of something greater to come.”

A reminder – it’s NOT Christmas yet, it’s Advent. We need Advent. WE need Christmas NOT to be here – yet. Advent is about grace. Advent is about the promise of something greater to come… and we must enter deeply into this “not yet” period. We need to listen to our own John the Baptist…

John the Baptist who is the voice crying out in the spiritual, emotional, physical, financial desert in which you find yourself.

John the Baptist who gives you that one Word, that one phrase, challenging you to soak in it and immerse yourself in that “Word” and then marinating in it for the next few days or weeks. Allow these Words to engage your mind – and touch your heart. 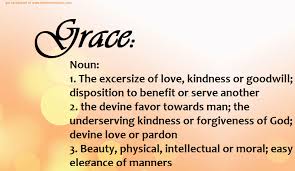 John the Baptist encourages you to come and regenerate yourself in the “waters of Baptism” during the Sacrament of Reconciliation.

It’s not about Christmas. Christmas isn’t here yet. Now – this time – its about grace – the “promise of something greater to come.”