After forty years of teaching a course designed to prepare seminarians to administer the sacrament of penance, today sometimes the first question that the seminarians ask is: “What are the cases when I can refuse absolution?”

In effect, how scrupulous must I be in dispensing God’s mercy? To their credit, their motivation is mostly sincere, however misguided. They sincerely fear playing fast and loose with God’s grace, fearing that they might end up dispensing cheap grace.

Partly that’s a valid motive. Fear of playing fast and loose with God’s grace, is coupled with concerns for truth, orthodoxy, setting a bad precedent and fear of scandal. Certainly mercy needs to be tempered by truth.

But sometimes the motives driving our hesitancy are less noble and anxiety about handing out “cheap grace” arises more out of timidity, fear, legalism, and a desire, however unconscious, for power.

In parish life, this plays out especially in cases of Godparent and Confirmation sponsors. It is the exception when both Godparents are registered in their local parish, are actively engaged in their faith and worship consistently on a weekly basis. The exception.  It twists me and other priests when people whom we don’t know or haven’t seen in years call – often at the last minute – asking us to sign a statement claiming that they are active Catholics in good standing – and they clearly are not! They have absolutely no scruples saying that, starting this very week, I shall see them attending Mass on a consistent basis. And I can personally say that easily, in 90+% of the cases, they are absolutely lying to me. I say that because I never see them again.

Now, the Church is having a big problem attracting newer members and retaining the former. What’s a priest to do? Not water down the faith and fight the good fight? Be a little tougher on the sale? Or do I offer some rope in the hope that they might (just MIGHT) be so impressed with my generosity and friendliness that they actually come back?

Answer? I have no idea.  So let’s take some cues and clues from “The Boss” (Jesus – not Springsteen) and see where He takes us.

Let me shift gears here a bit. Carly Fiorina is an author, speaker, former CEO of Hewlett-Packard and previously an executive at AT&T / Lucent Technologies.  At a recent leadership conference, she says that effective leadership-driven organizations need a “Leadership Structure:” She lays out 4 aspects of the structure: 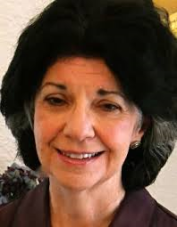 is a Professor of Philosophy at the Jesuit Saint Louis University. In an article  entitled, “Glancing Thoughts – What Matters,” She poses a question:

“What does it mean to be one of the sheep of Israel?  It means to have faith in the Son of God.”

Now what Eleanor finds interesting is that Jesus says that He was sent “only to the lost sheep of Israel.” But notice, He is not in Jewish territory. He’s in Tyre and Sidon – Gentile territory.  Christ went out looking for HER, on HER turf.  Why? She gets Him.  She calls him “Son of David.” She calls him “Lord.”

He also “gets” her.  She’s a “disciple.”  She believes in Jesus so she already has “faith.” Ergo, having faith, she is one of the “Lost sheep of Israel.” She’s one of the “poor” who, according to Luke and Matthew, are blessed.  Christ crosses the cultural bridge knowing she has the potential to become an Apostle to the poor.

The people who use me, use the Church, game the system, don’t tell the truth simply to get something drive me nuts. I don’t like them. I don’t like what they do. I don’t like how they do it. But Jesus seems to be taking a page from Pope Francis’ playbook (…or did I get that reversed?) by going into THEIR turf and to try and build the bridge.

Perhaps I need to read that page in the playbook again – and then let Christ take care of the larger issues.