The Feast of Sts. Peter and Paul – The Homily 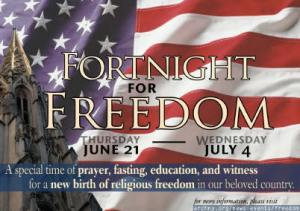 Lets look at the Scripture readings from today’s Feast of Saints Peter and Paul from three perspectives:

THE WORLD AND HISTORY

Our Lord promises, “and the gates of the netherworld shall not prevail against it. And I will give you the keys to the Kingdom of heaven”.

We find this power in the teaching authority of the Church. By her proclamation of Jesus Christ, of doctrinal and moral truth, the Church empties the evil one’s lies of power and frees people from error.

In his article, “Gate Crashing,” Fr. Paul Scalia relates a story about the Pope and Joseph Stalin. “How many divisions has the Pope?” Joseph Stalin famously sneered. He thought little of the Church’s power to curtail or end his brutality. When he heard of this cynical question, Pius XI allegedly replied, “Tell my son Joseph that he will find my divisions in eternity.” Of course, Uncle Joe could also have found the answer in the Gospels: “And so I say to you, you are Peter, and upon this rock I will build my church, and the gates of the netherworld shall not prevail against it” (Mt 16:18). “The pope does not need divisions when he has the promise of Jesus Christ.”

In the end, the Soviet Union fell not by military might but by the moral witness of truth.

Yes, the Church has the power to withstand the assaults of evil. But she also possesses the power to subdue, vanquish and conquer. Evil cannot ultimately defend itself against the Church.

We find ourselves in the midst of the Fortnight of Freedom.  Our Bishops have asked us to pray and study and ponder and be thankful for the freedoms – especially the freedom of religion – that we enjoy in this country. One only has to look at the news for five minutes to realize how unique these religious freedoms are especially when compared to the rest of the world.

Our ability to express that freedom and practice that faith has been eroded in recent years. Our orphanages have been closed in California, Illinois, New York and Massachusetts. Connecticut wanted to limit our ability to define what a priest-minister is and have the government license us as to what we can, and cannot do in our ministry.  People want our teaching on marriage to be officially declared a “hate crime.” The attack on religious freedom is not some idle threat, it’s real. There are people in our country who hate the Catholic Church and want to bring us down or severely limit our voice in the marketplace of ideas and our impact on the common good.

It is nothing new here. “If they persecuted me, they will persecute you as well.” said The Lord. (John 13:34). We mean these people no harm. We pray for our persecutors. But make no mistake, we will not be silent. We will not back down. The Lord was a man of peace, but The Lord also fashioned a whip to drive out evil.

Father Ronald Rolheiser writes that, “There are times when not “the world” but “our world” unravels. Who hasn’t had this feeling? “I’m falling apart! This is overwhelming! This is beyond me! My heart is broken! I feel betrayed! Nothing makes sense anymore! Life is upside down!”

When Jesus says “and the gates of the netherworld shall not prevail against it. And I will give you the keys to the Kingdom of heaven….” he is not just talking about cosmic cataclysms as much as he is referring to the “cataclysms of the heart.” Sometimes our inner world is shaken, turned upside down; it gets dark in the middle of the day, there’s an earthquake in our soul, and we experience, in effect, the end of the world as we had known it previously.

Here is a perplexing thing: both Peter and Judas are guilty of the same sin. Each of them betrayed Christ. So we might think that the difference between Judas and Peter is that Peter repented and Judas did not. But actually Judas repented too. He confessed his sin to the Jewish authorities, and he repented what he had done.

What was the difference?

Finding himself a betrayer, Judas let go of the love Jesus always was offering him and threw himself away, as something ugly and broken. Peter wept bitterly over his denial of Jesus, but he didn’t collapse or give up afterwards. And he never stopped the love of Jesus from coming to him. And once the love and forgiveness was offered, he grabbed it and embraced it. (See reflection by Eleanore Stump) 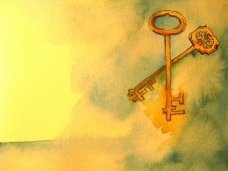 which are the sacraments especially the Sacrament of Reconciliation. It is the definitive embrace of the love of Christ that is offered to us. It forgives sins but also addresses the effects of sin. We leave the encounter with Christ not having to worry about “Ok I messed up. What happens now?” That’s not your concern now. You did your part. Let the Lord do His.

Thus we close with a poem:

As often as we are locked in double chains, send us your angels.

As often as we cannot find the way, escort us.

As often as we lock ourselves in,

break down our tight-gated hearts and free us, Lord.      – Anne Osdieck

From: Personal Ministry Updates
← Trinity Sunday – The Homily
A Spiritual Reflecton- Religious Liberty →
No comments yet