The Scripture passages today deal quite a bit with the notion of “time.” WE read, for example:

As we heard during the celebration of the Vigil of Easter:

I recently was speaking to a young lady in high school who was concerned about her future. She had applied to several colleges and universities and was waitin 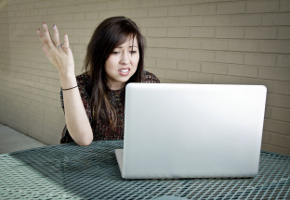 g to hear from each of them. She had done the research, visited several of them, filled out and sent applications, written essays, and acquired recommendations. There was nothing that she could do not except wait. Her life would change depending on acceptances and/or rejections of the considered colleges/universities. Naturally she was a bit anxious I said, “In Scripture studies, we call that ‘living in the question.’” She paused for a minute, considered this idea and with a concerned look on her face and said, “Yeah, that’s exactly where I am.” After a moment she continued, “That’s a horrible place to be!”

She was right. She did nothing wrong. She was fine in feeling the way that she did. But “living in the question” is a very unpleasant place to find oneself.

During our life, we often find ourselves in situations where simultaneously:

Depending on the outcomes of events, we might have to change our plans and our activities. It’s also not uncommon in such situations to pray and discern and ask for Gods enlightenment to guide us in the midst of uncertainty.

What to do in the meantime?

Jesus came during a rather backward time. He came to a strange land. Why there? Why then? God knew that there would be mass communication as we have it now, but God chose to come in human form 2000 years earlier. Why?

There are those who would say that WE now live during a backward time and in a strange land. Certainly we do NOT live in the same country of just 40 years ago. So, What to do in the meantime? Let’s look at today’s Scripture a

nd draw 4 ideas then let’s close with a prayer that summarizes these 4 points. 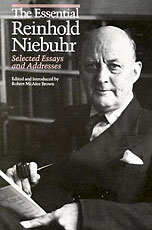 SUMMARY: Reinhold Niebohr was an American theologian, ethicist, public intellectual, commentator on politics and public affairs, and professor at Union Theological Seminary for more than 30 years. He penned a prayer which summarizes the ideas above:

God grant me the serenity to accept the things I cannot change;

courage to change the things I can; and wisdom to know the difference.

Living one day at a time; enjoying one moment at a time;

accepting hardships as the pathway to peace;

taking, as He did, this sinful world as it is, not as I would have it;

trusting that He will make all things right if I surrender to His Will;

forever in the next.