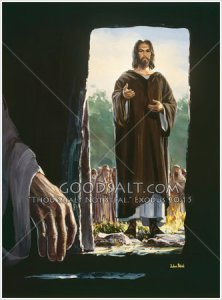 The raising of Lazarus deals with the juxtaposition of two items:

Concerning 1: After 4 Days, in Jewish tradition, a person’s spirit is totally gone. The person is really dead.

Concerning 2: Prior to the coming of Messiah, the Rabbis had divided miracles into two separate categories: 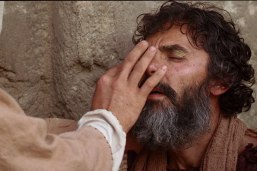 2.Miracles reserved only for the coming Messiah of which there were 4 of these:

In the Scriptures, the number “7” is considered a symbolic and “perfect” number. When you see the number 7 in the Bible, it means that when something is done, it is now complete. It is perfect, it cannot be improved upon. For example, God “completed” the world in 7 days – the “perfect” amount of time in which to create the world. God “recreates” the world perfectly through 7 sacraments.

So, back to the story. In the Gospel, we see critics of Jesus “asking for signs.” The reason is that these are tests to see if Jesus really is whom he claims to be – the Messiah.

And so … we see Jesus performing the following “signs” for all to see:

The raising if Lazarus is the 7th Miracle in John’s Gospel. In the raising of Lazarus, Jesus completes the last of the “messianic miracles” and thus “perfectly” offers proof – through “signs” – of who he is.

And yet they STILL don’t believe!

He wants to POUR His blessings upon them, in great abundance, but he can’t! Extraordinary blessings get poured only on those who believe, on those who have faith.

So we come to our original question: Can you perturb God? The answer is “yes” if we believe the Scriptures. What perturbs God?She said to him, “Yes, Lord. I have come to believe that you are the Christ, the Son of God, the one who is coming into the world.” He became perturbed and deeply troubled. Some of them said, “Could not the one who opened the eyes of the blind man have done something so that this man would not have died?” So Jesus (became) perturbed again…. 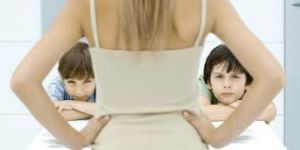 Could it be what “perturbed” Jesus was that he had to put his very closest friends, Mary and Martha, through such a rough time – just to try and provide incontrovertible proof – in order to try and “untie” the hearts of an unbelieving lot? (“Confer the Scripture passage: “So then Jesus said to them clearly, “Lazarus has died. And I am glad for you that I was not there, that you may believe.” thus Jesus knew that Lazarus would die but allowed this to happen for a greater purpose).

Could it be that even his closest, most cherished friends still didn’t get it?

Mary was right in thinking that it was her heart’s desire to have her brother and to be loved by Jesus. But she was mistaken about what the fulfillment of those desires would be. She thought that she could have the desires of her heart only in case Jesus came to her to heal her brother before he died.

Consequently, when Lazarus still died, Mary thought that Jesus had let her down. Lazarus’ body was wrapped in a burial cloth. But Mary’s and Martha’s hearts, and their faith, were perhaps also wrapped in their own burial shrouds. they didn’t yet see the bigger picture.

Here is the hard saying:

What the story makes clear is that the Lord can know better than a human person does what she most wants – not just what is good for her, but what she herself really wants and might not even know what it is.

Is it possible that Christ is perturbed and weeps for us because our hearts and minds are trapped in burial cloths?

Is it possible that Christ is perturbed and weeps for us because our hearts and minds are focused on second best, on wanting less than the best which the Lord wants to provide for us? WE have something that we really desire.  Could it be something else that might make us truly content and be at peace?

Next week is Holy Week. Is it possible that during this time The Lord, through His passion, says to us, “Untie them! Let them go free.” “Father, forgive them. Breathe your Spirit into their dry bones.”

From: Reflections on Sunday Readings
← Palm Sunday – The Homily
The 4th Sunday In Lent – Homily →
No comments yet