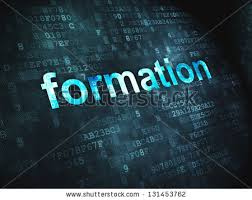 In last week’s article, I introduced:

This is important for a number of reasons. There is some confusion and misunderstanding about what formation actually is as well as its significance, not only in the lives of our Confirmation and first Communion Candidates but especially in the lives of the parents as well.

Previously, “formation” was never really understood nor discussed at C.C.D. or Religious Education classes, taught in Catholic schools nor preached from the pulpit. The reason was that decades ago, when the overwhelming majority of young people were educated in Catholic schools, formation was not an issue. Students were trained and educated by religious sisters and priests whose own lives reflected an all-encompassing, human-intellectual-spiritual-pastoral formational approach towards their own vocations. The idea, and example of a “well-formed life” was commonly passed on to and “caught by” students and then reinforced by strong families and parents.

The confusion today stems from the fact that most of our young people are no longer being taught, nor formed, by adults who are engaged in a “formation lifestyle” themselves. Many people think that “formation” is the same as “Religious Education” or “Catechesis” and thus the task of formation is a CCD/Religious Ed/Catholic School issue. Religious Education/Catechesis does indeed involve the passing on the intellectual treasures of the church to others but it is only one component of formation. Formation is different from – and much more encompassing than – Religious Education/Catechesis. If we merely “teach our children” (even if we do it well) that’s not enough in today’s world of secularism, individualism, hedonism and minimalism.

If you were to ask our First Communion or Confirmation candidates, “What is your name?” every one of them would be able to answer you. But if you were to ask them, “Why are you here you here on earth?” the answers that you receive might be a bit more unsure. Yet it is precisely when we ask, and look for an answer to the question, “Why am I here?” that we embark on our own pathway to salvation and ultimately towards heaven. Additionally, it is important to know that this question can only be answered:

Specifically, it is within the community of believers (the church) that we determine the pathway to which the Lord has called us through prayer, participation in the sacraments, regular reading of the Scriptures, reflecting on our experiences and how we are able to serve others. Our active participation in the Church allows us to clearly hear the voice of God and, along with other members, helps us to discern God’s call for us. In the book that I referenced last week (Rediscovering Catholicism by Matthew Kelly), he calls this becoming “the best version of ourselves” (Or, in the words of Jesus, “Become perfect as your Heavenly Father is perfect.” Matthew 5:48).

This is why it is sad when many Candidates (led, unfortunately by their parents) stop going to Mass and cease becoming engaged with the church after having received the Sacrament of Confirmation. They feel that “their finished, they’ve ‘graduated,’ they don’t need to go to church any more.” But without this interaction with – and participation in – the Church, they float along in life in a kind of a guessing game, living in a somewhat gray area, hoping that they will eventually figure out who they are and what they’re supposed to be doing, but never really quite getting it right with full assurance of their soul. 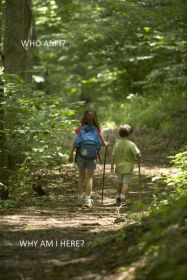 Kelly says that, as followers of Jesus, and especially within this time of the “New Evangelization,” it is critical to answer the questions of “Who am I?” and “Why am I here?” The way that we determine this is by acknowledging our gifts and our talents, examining the goods and the resources that have been provided to us and discerning how God is putting all of this together to help others in the midst of what we do in our day-to-day life. (By the way, this is basically a description of a “vocation”).

But formation does not stop with ourselves. This needs to be done within the context of our worshipping community so that we can help unveil the mystery of God for others as well. It is your task and mine to help those people who come across our paths to fulfill their own destinies. God calls us to help others identify their gifts and talents, to show them how they can use their resources and exercise their gifts for the benefit of others. In this way, God lights the pathways of all people of the church, ties us altogether into one community and one body in order to bring a little piece of the kingdom into this world at this time. 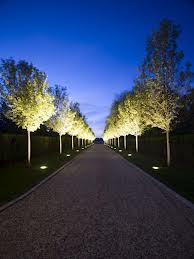 On this larger scale, Kelly notes that when we all understand and become that-which-we-are-called-to-be, then the Church becomes the best version of itself as well. Part of the tragedy, and the challenge, of the New Evangelization is that the western Roman Catholic Church is missing a “super majority” of its members. The grand majority of Catholics are floundering, not becoming the best versions of themselves and not becoming what Jesus Christ has called them to be. They don’t become truly fulfilled, happy, content and joyful. Perhaps this explains, in part, why the Church and so many parishes seem to be lacking vitality, and why individual people, churches and parishes are not having a significant and positive effect on our society.

Over the past two months, I have been personally meeting with each Confirmation Candidate. A significant part of our conversation has involved inquiring into what talents they have, what the like to do, how they help others and what it means to be “an adult member of the faith community.” Various teachers (both in our Religious Education classes and in the various parochial schools which some Candidates attend) have provided the intellectual/catechetical component of each Candidate’s formation. In addition, a more in-depth, non-academic, spiritual examination into the Candidates’ spirituality and formation has been offered through a number of religious retreat experiences. In other words, our community – the church – has encouraged our Candidates, and their parents, to enter into a formation process, a “Spiritual School of the Holy Spirit.” through which all can delve even deeper into answering the questions, “Who am I?” and “Why am I here?” 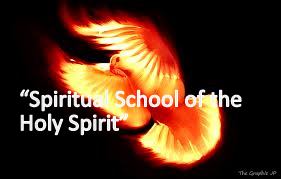 Next week, we will look at the third – and final – part of our examination into formation – “Being Called, Being Formed, Being Sent.”

From: Personal Ministry Updates
← Formation – Part III: Being Called, Being Formed, Being Sent
Formation Part I – Preparing Our Young People? →
No comments yet