“…despise the seduction of the world.”  Prayer of Pope St. Clement.

The people of Jesus’ time lived in a subsistence economy. This included the unpredictability of nature and the voracious taxes they were forced to pay. They were totally absorbed in the challenges of living from moment to moment. Because they lived hand to mouth all the time, peasants could not afford the luxury of thinking ahead about the future.  This, naturally, led to a sense of “present anxiety.” (See: John J. Pilch: a biblical scholar and facilitator of parish renewals) 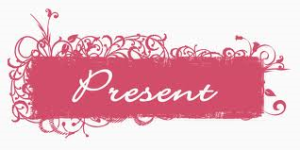 So when Jesus says, “No one can serve two masters. He will either hate one and love the other,” “Love” and “hate” must be understood in their Mediterranean sense: not as emotions but as degrees of attachment.

This does not mean we should not plan ahead. Let’s look at some Scripture passages on the topic from the OpenBible web site:

Where there is no guidance, a people falls, but in an abundance of counselors there is safety. Prov. 11:14

But if anyone does not provide for his relatives, and especially for members of his household, he has denied the faith and is worse than an unbeliever. 1 Timothy 5:8

For which of you, desiring to build a tower, does not first sit down and count the cost, whether he has enough to complete it? Otherwise, when he has laid a foundation and is not able to finish, all who see it begin to mock him, saying, ‘This man began to build and was not able to finish.’ Or what king, going out to encounter another king in war, will not sit down first and deliberate whether he is able with ten thousand to meet him who comes against him with twenty thousand? And if not, while the other is yet a great way off, he sends a delegation and asks for terms of peace. Luke 14:28-33

Where there is no vision, the people perish. Proverbs 29:18 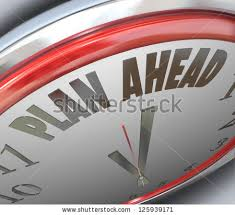 And so, what would be some practical advice related to the Scripture readings from this Sunday:

1. Jesus urges his disciples to be certain that their “mouth-ear-hands-feet” zones are well aligned with their “heart-eyes zone.” In other words, “Anxiety arises from making something other than God our ultimate concern.” Confer St. Augustine: “Our hearts are restless until they rest in thee” (See: Reginald H. Fuller, Preaching the Lectionary: The Word of God for the Church Today)

Certainly we need to plan ahead. That is the virtue of prudence. (See The Four Cardinal Virtues, by Joseph Pieper)  And when it comes to concerns about the present time, it’s natural and perhaps advisable to be concerned, but PRAY. TALK to God about what to do today. Jesus would say, as we read in St. Paul, “Develop a habit of confronting the world in union WITH ME. (1 Thessalonians 5:16-18: “Rejoice evermore. Pray without ceasing. In everything give thanks, for this is the will of God in Christ Jesus concerning you.”)

2. Shut off the media. The Devil will use the media to have us focus on everything except perhaps, The Lord. God wants his children to be calm, in work, in play, in recreation. Too much media will only stimulate and cause anxiety because the media OVERWHELMINGLY focus on the bad things in the world.

3. Walk, don’t run.  Prayer will help you develop a quiet, thoughtful approach towards the normal, reasonable concerns of daily life vs. a frantic, prideful habit of “Running past The Lord” and running past the blessings. 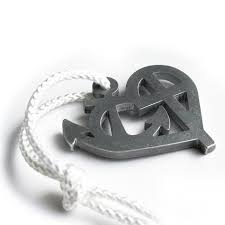 4. Develop a mystical and monastic approach towards time. When Benedictines establish a new monastery, the FIRST thing they do is set the prayer schedule. “Prayer is the anchor.” Everything else is scheduled AROUND this. Worry doesn’t add one minute to your time on earth. Find places and schedule opportunities to get fed rather than worry. Then, day after day, you will begin building up a spiritually-based, practical foundation to daily life and begin adding to your spiritual bank account upon which you can draw during real emergencies (An approach borrowed from “AA”). 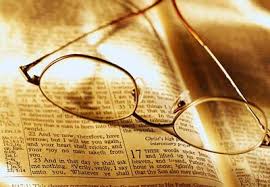 5.  Take Jesus at his word and Read the Bible! The Gospel is meant to be LIVED, not to be read or studied or just listened to on Sundays. When it’s lived, it changes things. God is not limited in wisdom or resources, but how do you know where the wisdom and resources are unless you’re in the Word SOMEHOW?

Now, this is weird stuff; it is counter-cultural. But let me leave you with a thought: Soon we will be entering into 40 Days of Lent. There are only 40 more days until opening day of trout season on some of my favorite streams and rivers. Fish are an ancient symbols of Christ and Christians. Fish spend their entire life swimming against the current. They have to in order to keep the water and oxygen running over their gills. They swim against the current or they die.

Same with us, perhaps? 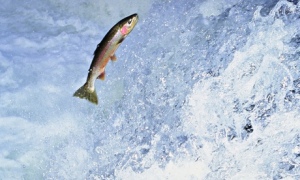 Audio version of the homily can be found here: