A Spiritual Reflection: “Who Am I?” 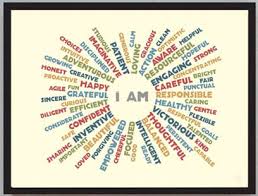 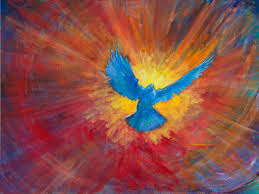 If I were to go into a classroom of our Confirmation candidates and ask, “Which of you can tell me your name?” every one of them would be able to answer that question. But if I were to ask “Why did God put you on this earth?” I might get some rather interesting answers but I also suspect that I would also see some bemused expressions in their faces.

Yet that is precisely the question that Confirmation is all about. 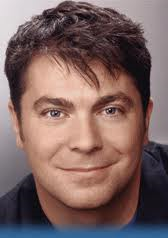 I’ve been working through the audio version of Matthew Kelly’s book Rediscovering Catholicism. (I believe that this was one of the books handed out to the parish-at-large a number of years ago during the holidays). He comments that when one asks the question, “Why am I here?” one embarks on one’s own “path of salvation. “  The fullest (key word there) answer to this question can only be acquired by a relationship with Christ and through incorporation in a relationship with his Church.  It is through prayer, hearing the Word preached, the wisdom of others, the Sacraments of the Church, reading, study/reflection on the Scriptures and discernment based on our own experiences that we are able to determine the pathway upon which the Lord has called us, during this time in history, at this particular geographical place.

Kelly states that it is our active participation in the Church that allows us to clearly hear the voice of God and, along with other members, help us to discern God’s call for us while figuring out what God would have us do to bring about His Kingdom in this time and place.  Without this active interaction and participation in the Church, we tend to float along in life in a kind of a guessing game, remaining in a somewhat gray area hoping that we will eventually figure out what we’re supposed to be doing, but perhaps never really quite getting it right with full assurance of our heart and soul.

A (perhaps controversial) idea that Kelly often mentions is the call of us to become the “best versions of ourselves.” He says that when we understand and become the best version of ourselves, the Church becomes the best version of itself.  I believe that part of the tragedy, and yet the challenge, of the “New Evangelization” in the Roman Catholic Church in the West is that we are missing a “super majority” of our members.  This means that the grand majority of Catholics are floundering, not becoming the best versions of themselves, not becoming what Jesus Christ has called them to be and thus not doing what they need to do to become truly fulfilled, happy and content.  This could explain part of the reason, why so many parishes seem to be lacking vitality. With so many energized, informed, on-fire people missing from our churches, the Church is not having the positive effect in society. 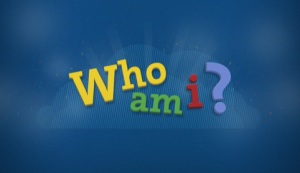 The “New Evangelization” is primarily about bringing our fallen away Catholic brothers and sisters to a closer relationship with Christ and His Church. It is about helping them to answer the questions, “Who and I” and “Why am I here?” But before we can assist others, it is incumbent, as followers of Jesus, that WE can answer the question of who WE are and why WE’RE here… or at least be in the process of discernment and searching for the answers.

One way we determine this is by looking at the gifts, talents, goods and resources that have been provided to us by God.  Again, “prayer, the Word, the wisdom of others, reading, studying and reflection on the Scriptures, etc..” help us to discern how God is putting all of these items together to show us who we are.  In addition however, God is also in the midst of what we’re doing. He bestows grace upon what we’re good at, what brings us life and joy and what mysteriously seems to help others and brings them closer (or at least in contact) with God. Having done that for ourselves, we are better equipped to help others identify their particular gifts and talents and to show them how they too are called to exercise their particular gifts and talents for the benefit of others. Thus God lights the lamp on our pathway and calls us to help others to identify who they are and what they are called to do to bring about a little piece of the kingdom in their own part of the vineyard.

Finally, if you’re interested, we still have about a dozen complementary copies of Rediscovering Catholicism in the rectory. If you would like one, please stop by ask one of the members of the Parish Staff  …. Fr. Zlock