The 1st Sunday of Advent – The Homily 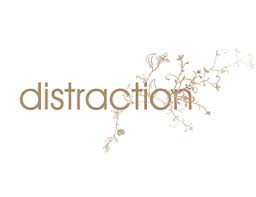 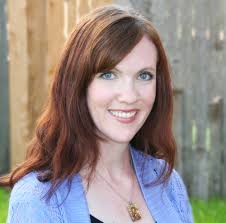 Jennifer Fulwiler is a married, home-schooling, mother of 6. A former computer programmer, she grew up atheist, and had a crazy religious awakening thing happen that involved her converting to Catholicism in 2007 – along with her husband. Her blog has always been a place for her to share her adventures and mishaps with religion.

Because of her  popularity in the “blogosphere,” she was asked to write the “Forward” to Praying In The Digital Age by Matt Swaim. Jennifer recounts the experience:

This book almost didn’t have a foreword. The deadline was coming up, so I opened a blank document and started typing. I produced a fine first sentence: it was informative, to the point, and even a little witty. I couldn’t keep such an accomplishment to myself, so …

I updated one of my social media profile:

“Just wrote the first sentence for a foreword for Matt Swaim’s new book.”

Ok, back to work. I started on the second sentence. It didn’t go so well. I tried a few word combinations, tested a couple different angles, but nothing jelled. It was getting difficult. It occurred to me that I should pray, just take a moment of silence to ask the Holy Spirit to guide my words. That sounded good. I’d definitely do it.

But first, I opened up my instant messenger application to tell a friend the following:

While I was online, I saw that I’d begun to receive instant messenger replies to my first update. I replied to those – and received more replies right back.

And, hey, look at that! A friend posted the funniest YouTube video on her Facebook profile! Oh, she’s sweet, I just gotta watch that!

After I watched that, I simply had to e-mail it to my husband. While I was on email, I read a few jokes that family members were sending around.

An hour later, I had:

When I finally noticed the clock and saw how much time had elapsed, a whirlwind of conviction descended upon me. This was not good. It was time to stop procrastinating and get to work.

So I posted another status update:

“It’s time to stop procrastinating and get to work.”

The replies came instantly, one thing led to another, and I ended up frantically clicking from link to link, fixated on my computer screen like a monkey chasing a shiny object.

The next time I looked at the clock, I saw that my writing time for the day was over. I was supposed to have started cooking dinner for my family twenty minutes before. Now dinner would be late, I had neither worked nor prayed, and what did I have to show for it?

In today’s Gospel we read:

Luke 21: “Beware that your hearts do not become drowsy from the anxieties of daily life; pray that you have the strength to escape the tribulations that are imminent.”

Distraction is perhaps more of an issue now than it has ever been in the history of civilization.

Silence is the great fear of the modern age. We fear silence so much in fact, that we do just about anything we can to avoid it.

Jen Fulweiler’s says that her “love language” is being left alone in a completely and totally, silent room. Yet, Swaim writes that, “It is sadly ironic that at the end of the day we often ask, almost whiningly, why God never seems to speak to us, when at the same time we persist in ignoring the fact that it’s awfully difficult to receive a signal that we aren’t tuning in to.”

“Beware that your hearts do not become drowsy from carousing and drunkenness and the anxieties of daily life,” Forget about Armageddon, concerns about what’s happening now can have enough power to pull our thoughts and focus from Christ.

So what’s the antidote?

I would have despaired unless I had believed that I would see the goodness of the LORD In the land of the living. And so – in silence – wait for the LORD; Be strong and let your heart take courage; Yes, wait for the LORD.

2. In The Word Received, Year C). Jesuit Priest, Fr. Bill Byron, S.J. says, “Put yourself in a prayerful position.” Take out the calendar and schedule some quiet time.

3. Be patient, Look at the Advent wreath with 4 candles – 4 weeks. Advent is about “time.” Give the process time.

From: Reflections on Sunday Readings, St. Monica
← Thanksgiving – The Homily
Prayer – Top 10 Reasons Not To (Part 2) →
No comments yet