Surprised by God: How I Learned to Stop Worrying and Love Religion is a book written by a Jewish woman, Danya Ruttenberg. At the age of 13 Ruttenberg decided that she was an atheist. The Amazon review of the book states:

As a young adult, she moved to San Francisco and immersed herself in the rhinestone-bedazzled wonderland of the dot.com boom world of the 1990s, drinking smuggled anise – smuggled liquor with wealthy geeks and plotting the revolution with on-line feminist e-zinemakers.

But she found herself yearning for something she would eventually call God.

In the late 1990s, she experienced a spiritual awakening, taking what she describes as “a winding, semi-reluctant path through traditional Jewish practice that eventually took me to the rabbinate.” For her, the work of the religious life plays out in several areas: 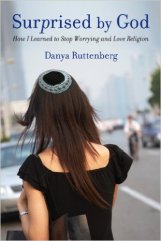 She tells one story of following someone in the congregation for a few decades, watching them die in the hospital, then preaching their memorial after you’ve walked the whole way with them.

Danya lived for a while in Jerusalem, eventually became a Rabbi and now lives in Los Angeles.

Elijah flees for his life by heading toward the sacred mountain Horeb. Like his ancestor Moses, he is sustained by divinely given food and drink for forty days in his desert journey.

This will end with God’s communication in a “still, small v

oice,” which will send him back into political engagement with the anointing of Jehu as king.

Both Scripture readings deal with this same theme of our very human lives as Rabbi Danya Ruttenberg did, and I am sure, still does. The theme is the adventure with the transcendent God. this is not neat, clean or predictable. God is always a God of surprises

Pope Emeritus Benedict spoke on this very topic on his Apostolic Journey to Germany on the occasion of The XX World Youth Day.  In his Welcoming Address in Cologne on Thursday, 18 August 2005,  he said the following:

Some of you might perhaps describe your adolescence in the words with which Edith Stein, who later lived in the Carmel in Cologne, described her own adolescence when she said: “I consciously and deliberately lost the habit of praying”. During these days, you can once again have a moving experience of prayer as dialo 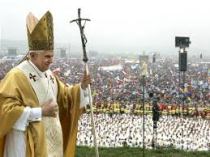 gue with God, the God whom we know loves us and whom we in turn wish to love.

To all of you I appeal: Open wide your hearts to God (and) let yourselves be surprised by Christ! Let him have “the right of free speech” during these days! Share your joys and pains with Christ, and let him enlighten your minds with his light and touch your hearts with his grace.

In these days – blessed with sharing and joy – may you have a liberating experience of the Church as the place where God’s merciful love reaches out to all people. In the Church and through the Church you will meet Christ, who is waiting for you.

I close with a poem by J. Janda entitled, “Jesus Speaks” –

I make everything you see

I make everything you hear

I make everything you touch and taste and smell … 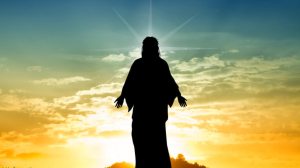 The First Reading from Scripture this week speaks about a “hearth cake.” First, of all, what’s a “hearth?” It’s either a large pot like a brazier or a portable furnace in which fire was kept in the king’s winter apartment or a temporary stove for cooking in the field. It was used, “back in the day” by people to cook without the aid of an oven. They couldn’t make fresh bread but could make “hearth cakes” which are a cross between a cake and a biscuit.

Hearth cakes are also known as Singing Hinnies because people used to sing when they were placed on the hot hearth stone. The hearth stone is a large flat stone in front of the fire. Alternatively, they can be made in a frying pan instead if you don’t have a hearth stone. Don and Marea Burke from the “Burke’s Backyard” website provide one recipe which I have provided below. 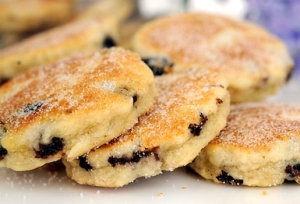 Wash your hands before you begin.

In a large mixing bowl combine all the ingredients and mix them together with your hands.

Roll the mixture out flat and cut it into rounds with a glass.

If you’re cooking the hearth cakes on a hearth just put them on the stone, they won’t stick. But if you’re cooking them in a frying pan, melt a teaspoonful of butter or margarine in a heated pan and cook them on a low heat for about two to three minutes until they’re light brown.

Then turn them over and cook until the other side is brown too.

They will last up to a month in a sealed container.