Recently an organization suddenly “invaded” the Halls of Congress to protest the appearance of Dr. Henry Kissinger. They screamed and 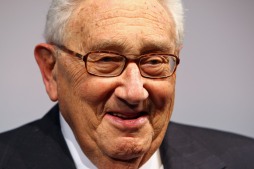 shouted and held up signs and accused the former diplomat of “war crimes.” The surprise and vitriol of the scene greatly disturbed a number of congressional members. Congressmen, and –women, as well as pundits on the political “left” and on the “right” decried the scene saying that such an interruption was unseemly, regardless of the validity of the protesters’ claims or their right to express their sentiments.

The gospels name the forces of hell in two ways: Sometimes they speak of the devil (diabolus) and at other times of satan (satanus). Are the terms synonymous? Not exactly.

Diabolus means to divide, to tear apart; whereas satanus, most curiously, means almost the opposite, it connotes a “connection” – a frenzied, sick, group-think that accuses somebody or something.

In essence what the gospels tell us is that the powers of hell, satan and the devil, work in two ways: Sometimes they work as the devil by dividing us from God, each other, and from what is best within us. Sometimes they work in just the opposite way, as satan. Here they unite us to each other but through the means of people in the grip of mob-hysteria, envy-induced hype, and the kind of sick unity that makes for gang-rapes and crucifixions.

I have personally felt evil. I was in a bar years ago when a fight broke out at the table next to me. One of the participants grabbed a glass, shattered it against the edge of the table and went after another person. I can absolutely remember the physical presence of evil in that moment. I’ve felt it a few other times and I am convinced that evil – much like Jesus Christ – can have an incarnational nature to it. I’m sure that any member of the police or military know exactly what I am talking about. 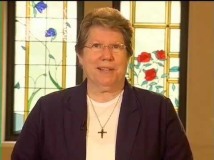 Scripture scholar and author Joyce Ann Zimmerman makes a key point for us about this belief, or non-belief, in spiritual powers (powers of either darkness or light). She says that, “Thinking of evil in terms of demons and devils keeps it at arm’s length. The evil in our world that we must confront is more personal and immediate: violence, poverty, discrimination, etc..”

I would add that the same spirit-skeptically “scientific” worldview would also keep the HOLY SPIRIT  at arm’s length as well. For example, ask yourself the following questions:

A huge number of Catholics have left the Church because they felt that they were not being “spiritually fed.” They left looking for a more personal relationship with Jesus where a mysterious, even “mystical” experience, is a reality (My church bulletin – blog article this week, and for the next two weeks, outlines some details about this). To make my point, let me offer quotes from two Jesuits:

And from Karl Rahner: (As a Catholic) “in the days ahead, you will either be a mystic (who has experienced God for real) or nothing at all.”

If we want to see if Jesus is real, we might follow a four-step program based on the advice of St. Benedict who said that a relationship with Christ should involve, “Nothing harsh; nothing burdensome.”

Ask the Lord to come into your life and prove that He is real.  See what happens.