The Vatican and the LCWR – An Article From NPR 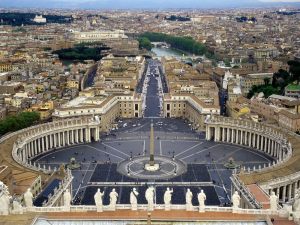 This topic got a lot of press and twitter time. It is an intriguing topic to be sure.  Unfortunately so much of what I have read and heard was sensationalized drivel. Nevertheless, one recent tweet did reference an  interview heard on NPR.

* Donna Bethell, Chairman of the Board of Directors for Christendom College

Certainly an eclectic group and I think the interview transcript is worth a read if the topic interests you.

Here in Philadelphia, we have been blessed with thousands of religious women and religious men who have ministered to the CAtholic family but also to people of all faiths (and even no faiths) for decades. The list is very impressive. The Sisters, Servants of the Immaculate Heart of Mary taught me my sacraments and were colleagues of mine years later when I taught in high school. The Sisters of Mercy chiseled away at my rough edges at Gwynedd Mercy Academy before they shipped me away to let the Jesuits try and polish off the stone some more at St. Joseph Prep.

These people mean a lot to me. Maybe that’s why I’m interested in the topic. I also think that it deserves a discussion of higher quality than it’s been receiving.

From: Catholic Church at Large, The Church Engages the World
← Flip Flop Divas, The President and A Catholic Moment
St. George, Roses, Books, Abuse – Healing & Hopeful Connections →
No comments yet