Liturgical Catechesis: Why do we use incense?

Incense has been used in Christian liturgy from its earliest centuries. In fact, it was a part of the Jewish tradition that came before it. The smoke of the incense is symbolic of sanctification and purification, as well as symbolic of the prayers of the faithful. It is one of the outward signs of spiritual realities, and that is why it has its place in Christian liturgy.  These two purposes reveal a deeper truth. Prayer purifies and sanctifies us, making us worthy of worshiping God in heaven for eternity with all the angels and saints. Further information can be found on the website.

I’ve been writing about Jonathan Merritt’s book  Learning to Speak God from Scratch: Why Sacred Words Are Vanishing–and How We Can Revive Them? We are comparing his words and wisdom to that of “The Rule of St. Benedict.” This week we look at a difficult topic: sickness and pain.

The Rule of St. Benedict, Chapter 36: involves the topic, “On the Sick.” We read, “Before all things and above all things, care must be taken of the sick, so that they will be served as if they were Christ in person; for He Himself said, “I was sick, and you visited Me” (Matthew 25:36), and, “What you did for one of these least ones, you did for Me” (Matthew 25:40).

Sounds rather noble, doesn’t it? In his book, Jonathan Merritt writes a fascinating story about pain and suffering. Literally overnight, he suddenly was faced with no sensation in his arms. He tried various quick-fixes and home remedies. Nothing worked. He visited several doctors. Not only couldn’t they help, but they also couldn’t even figure out what was wrong. The situation began to scare Merritt. More tests and consultation followed. Now the medical community was looking well beyond carpal tunnel and food allergies. It was now considering serious, life-threatening diseases. Now the case became frightening to Merritt and his family. What was especially debilitating, however, was the reaction by family and friends to Merritt’s condition. He writes that, “Beyond a few easy-fix recommendations, most friends weren’t interested in much discussion about the matter. The more I talked about it, the less they came around. I had lost my health, and now I was losing my community.” Isolation was what caused the most suffering for the author. 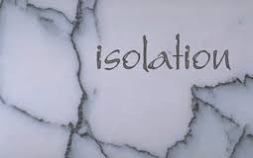 Medical isolation is a valid approach towards treatment. It allows for specific treatment to be focused on the sick. In The Rule, St. Benedict writes, “For these sick let there be assigned a special room and an attendant who is God-fearing, diligent and solicitous. Let the use of baths be afforded the sick as often as may be expedient; but to the healthy, and especially to the young, let them be granted more rarely. Moreover, let the use of meat be granted to the sick who are very weak, for the restoration of their strength; but when they are convalescent, let all abstain from meat as usual.”

Personal, emotional, spiritual isolation is another matter entirely. Merritt writes that, “No one can feel what another feels, so only those who live with pain can relate. Healthy people just cannot understand. This makes chronic illness an isolating experience.”

Merritt continues,” Some sacred words could be deleted from the vocabulary of faith and we would barely notice. Not pain. This is a part of life whether you have a chronic physical condition or not. No one passes through life without accumulating his or her fair share of scabs and scars.

“Speaking God” also means finding the language to speak about the intersection between God and humanity. What words can – and must – we use to be ”Christ-like” in situations where verbal redemption is needed? “In a world where so many are writhing under the weight of chronic pain, Americans—and especially Jesus followers—must find a way to speak about pain that is helpful, informed, and compassionate. On my pain journey, I realized that pain is often talked about in two opposite ways. Both are incomplete and often heap more hurt on the afflicted (Merritt).

What we certainly must NOT do is to blame the disease and pain on the person who is sick. The Scriptures give us an example of this misaligned theology: “As he passed by, he saw a man blind from birth. And his disciples asked him, “Rabbi, who sinned, this man or his parents, that he was born blind?” Jesus answered, “It was not that this man sinned, or his parents, but that the works of God might be displayed in him”( John 9:1-3). 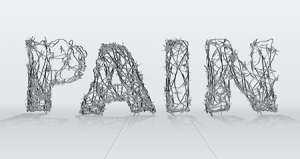 Merritt writes that “Some religious traditions treat pain—physical, emotional, or mental—as an unmitigated tragedy. They may even suggest a person’s sins or faithlessness as the root cause. If we get rid of the sin or increase our faith, the pain will vanish. This framework is harmful in part because it heaps guilt on the pained. People see themselves as the cause of their pain or the reason it isn’t resolving, and sometimes seek out spiritual solutions to pain at the exclusion of medical remedies. Other religious traditions speak of pain in the opposite way—as a gift—a primary portal through which we encounter the Divine. Some ascetic and monastic traditions resist the temptation to escape pain and even seek out discomfort. The goal is to embrace pain. This framework is harmful because the pained do not experience their pain as a positive force, and telling them it is so ….feels cruel.”

What is the solution? “Between these two poles, a third way understands pain as a negative and unfortunate presence that has the ability to grow us, teach us, and even lead us into greater spiritual awareness,” writes Merritt. St. Benedict’s points to this in The Rule: “But let the sick on their part consider that they are being served for the honor of God.” What I like about St. Benedict is his balance. He realizes that there is another side of pain and suffering. The sick and suffering also have a responsibility to those people who are caring for them. “Let (the sick) not annoy their sisters who are serving them by any unnecessary demands. Yet, the sick, even those who are demanding and annoying, should be patiently borne with, because from such as these is gained a more abundant reward. Therefore, let the Abbess take the greatest care that the sick suffer no neglect. Take the greatest care that the sick be not neglected by the cellarers or the attendants; for she also is responsible for what is done wrongly by her disciples.” 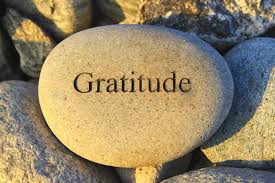 Merritt concludes with the following insights and suggestions: “We can seek to cure pain while also collaborating with pain. To sit with pain and listen to pain, even while we try to alleviate it. ‘All I know is that pain is a teacher,’ I said, ‘but I do not know where he was educated. On my own pain journey, I’ve begun pausing to reflect. To listen to the lessons pain is trying to teach. I stopped taking any pain-free moments for granted. Gratitude is now a greater part of my life rhythm. I’ve learned that I am not omnipotent and must relinquish control of my present as well as my future. I’ve realized that I am not infinite, and I should enjoy each day without rushing through. I’ve learned that I’m not empathetic, and I now find myself more attentive to painful cries around me.” 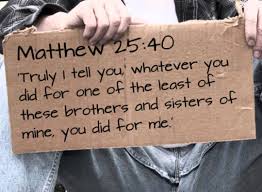